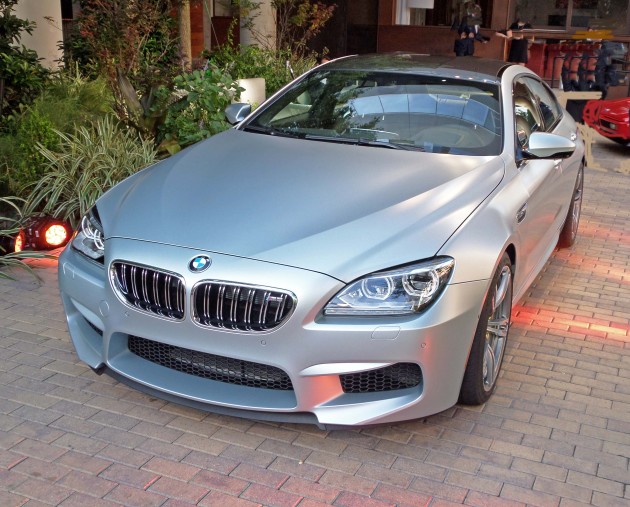 Austin, TX ? Circuit of the Americas – ?M? could well stand for Magical, Magnificent, Marvelous in the case of the 2014 BMW M6 Gran Coupe, but it also stands for the ultimate in performance, built by the ?go fast? team at BMW M GmbH, BMW?s exclusive performance division. The all-new M6 happens to be an ultra-high performance four-door coupe design with looks to die for, along with race-bred technology and the signature driving characteristics that epitomize all M model vehicles.

The new? 2014 BMW M6 Gran Coupe is propelled by the most powerful engine ever installed in an M production car – a 4.4-liter M TwinPower Turbo V-8 that cranks out 560 horsepower along with an impressive 502 lb-ft of torque. This potent rear-wheel drive BMW M6 Gran Coupe is capable of rocketing from 0-60mph in a mere 4.1 seconds and can reach an electronically-limited top speed of 155mph in only a few more seconds. The engine produces about 10% more output than the M V10 engine, which preceded it, and torque is up by over 30%. 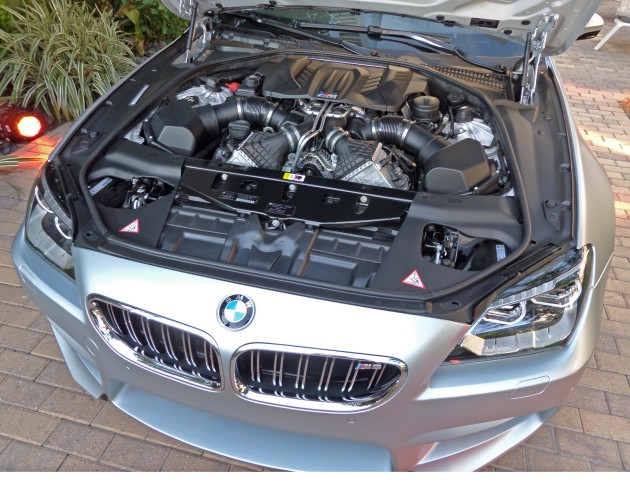 A patented cross-bank exhaust manifold, introduced in the S63 engine of the X5 M is also employed in the M6, but with slightly larger tube sizes. This exhaust manifold is a special 8-into-4 setup that combines the exhaust from two cylinders (on opposite banks) that are 360 degrees of crankshaft rotation apart from each other. Each of the eight runners is identical in length ensuring perfectly regular timing of exhaust gas pulses. The acoustic sound of this engine arrangement is truly exhilarating – signature BMW M.

The new engine introduces Valvetronic throttle-less intake system to a BMW M engine ? effectively providing 16 individual throttles. Pumping losses are minimized with this system, resulting in efficiency and torque improvements. Valvetronic has also sharpened the natural responsiveness of this engine compared to the V10 engine it replaces.

The M TwinPower technology of the new V-8 engine also includes BMW?s Double VANOS infinitely variable valve timing system, optimizing engine efficiency and generating high torque at low engine revs. In addition, a volume-controlled oil pump and a range of other EfficientDynamics measures deliver an extra boost to efficiency. The new BMW M6 features both Brake Energy Regeneration and the Auto Start-Stop function that automatically switches off the engine when the car comes to a stop. This function may be turned off. 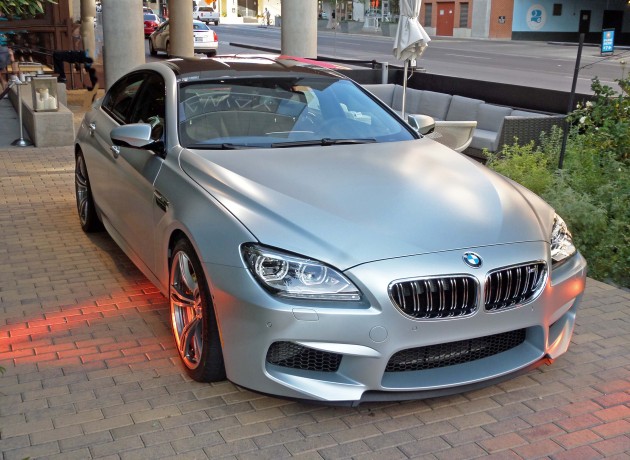 The engine is coupled to a 7-speed M-Double Clutch Transmission with Drivelogic that?s borrowed from BMW?s M5 and M6 Coupe that sends uninterrupted power to the innovative Active M Differential, which seamlessly balances power between the rear wheels. This advanced powertrain, combined with advanced, radical chassis and suspension revisions, ensure that the M6 Gran Coupe?s substantial output is transferred to the ground repeatedly in predictable fashion. The transmission may be shifted manually or left to automatic operation. Gear changes in either direction are fast and clean in either mode. Shift patterns may be modified from Normal through Sport and Sport Plus settings along with suspension settings as desired.

The 2014 BMW M6 Gran Coupe incorporates BMW?s most advanced Dynamic Stability Control and Anti-lock Braking System that includes Cornering Brake Control, Dynamic Brake Control, Brake Assistant, a Brake Fade Compensation function along with a Brake Drying function and Start-off Assistant. The DSC system has three levels of operation. The default is ?On? which provides the greatest level of stability and traction control. M Dynamic Mode may be activated to override the default setting by pressing the DSC button on the center console. This mode allows for very spirited driving while still providing a safety net, by raising the intervention thresholds of DSC. ?DSC Off? mode can also be activated with a long-push of the DSC button for complete deactivation of the system.

Two braking systems are available: the standard high-performance braking system which guarantees outstanding stopping power matching the car?s overall performance of the car, featuring improved BMW M compound rotors which thermally separate the central aluminum hub) and the vented / cross drilled cast iron rotor discs; or optional M Carbon-Ceramic brakes ? the first to be offered in the history of BMW M. The M Carbon-Ceramic system can be easily identified through the wheels by the special gold-colored calipers. 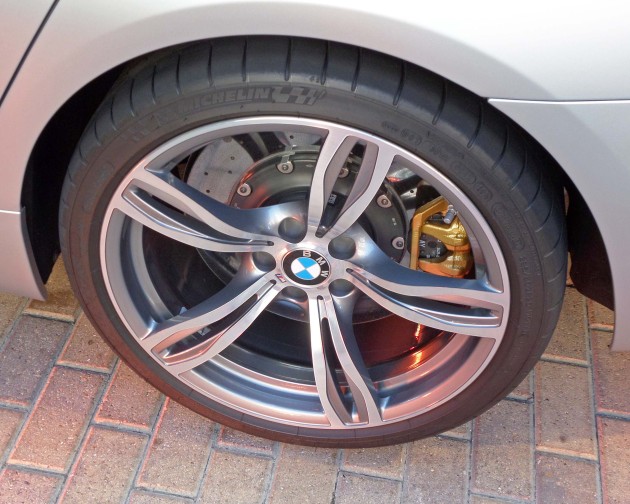 In profile, the bold athletic nature of the M models is clearly visible with the front fenders featuring prominently flared wheel arches and traditional M gills sporting a wide chrome border and indicator bars that bear the M logo. Sculpted creases of the M side skirts sweep upward toward the rear, drawing the eye to the 20-inch forged M light alloy wheels with 5-double-spokes. The M6 Gran Coupe?s top is constructed of carbon fiber and the cabin is provocatively aerodynamic

Up front, form follows function with the aggressive frontal openings, while the rear is finished off by twin dual exhaust outlets. and a fully integrated rear decklid spoiler that joins the L-shaped LED taillamps. The M6 Gran Coupe, while technically not a Coupe in the traditional sense has four doors rather than two, displaying a coupe-like profile with its blacked out ?B? pillars and singular greenhouse glass surround. 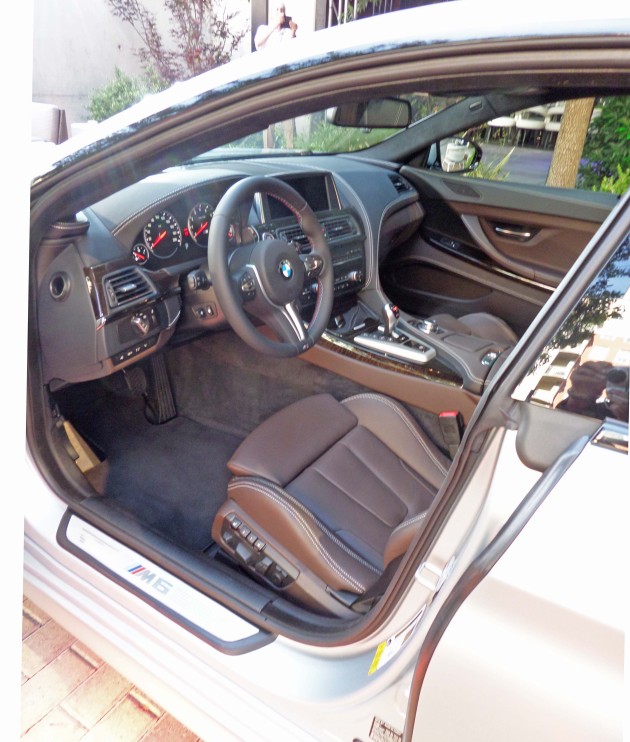 The interior has been enhanced, while retaining a sports car, driver-oriented cockpit with functional controls angled toward the driver, and materials that are softer and more inviting. Nappa leather wrapping is standard on the sport steering wheel finished with red and blue stitching, and there is now a 10.2-inch flat screen display for navigation and vehicle function information. Gauges and instrumentation feature Black Panel Technology. Starting the engine brings the onboard information and check control light to life, and once the vehicle is running, prompts appear from the navigation and active driver assistance systems between the dials, including navigation arrows and various system warnings. Instrumentation illumination changes from white to classic BMW amber at night, with an adjustable Head-Up Display.

SUMMARY: The 2014 BMW M6 Gran Coupe might well be one of the most beautiful vehicles to come from Bavaria, surpassed only by the? 6-Series convertible. The new M6 Gran Coupe raises the bar while adding two doors.

The car is a wonder to behold, but better yet, is a complete blast to drive ? on the road or on a track, and in either the manual or automatic transmission version.

Acceleration is available instantly on demand, with steering immediately responsive, and the ride quality, though extremely stable and flat, is not punishing at all ? that is, unless you want it to be by selecting Sport+ through the Dynamic Damping Control ? other settings are: Normal and Comfort. The M drive system in the new M6 Gran Coupe allows the driver to adjust no fewer than six parameters including: the engine management, the response of the Servotronic steering system, the M DCT shift program, the DSC mode, the DDC responses and the Head Up Display information. Settings may be configured in virtually any combination through the iDrive menu or by using the M Drive select buttons??????????? on the center console. Experimentation and practice will perfect operational efficiency. 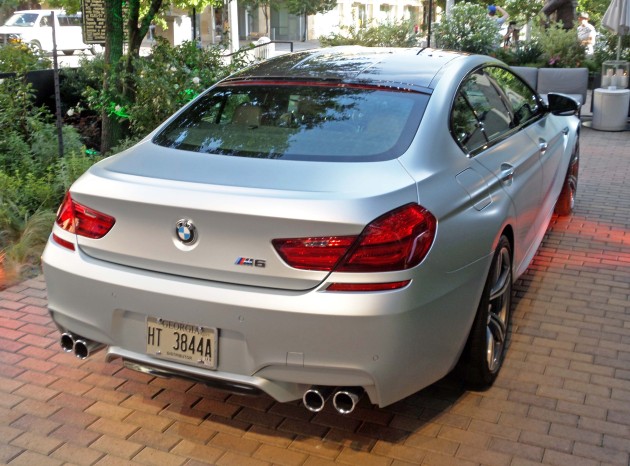 There is a plethora of Driver Assistance features that are optionally available to further enhance both one?s driving pleasure and prowess should one feel the need to spend even more, but a base level 2014 BMW M6 Gran Coupe is definitely an ultimate driving machine to aspire to in it own right. This car is everything that an M7 might be if in fact there was one, but don?t hold your breath. 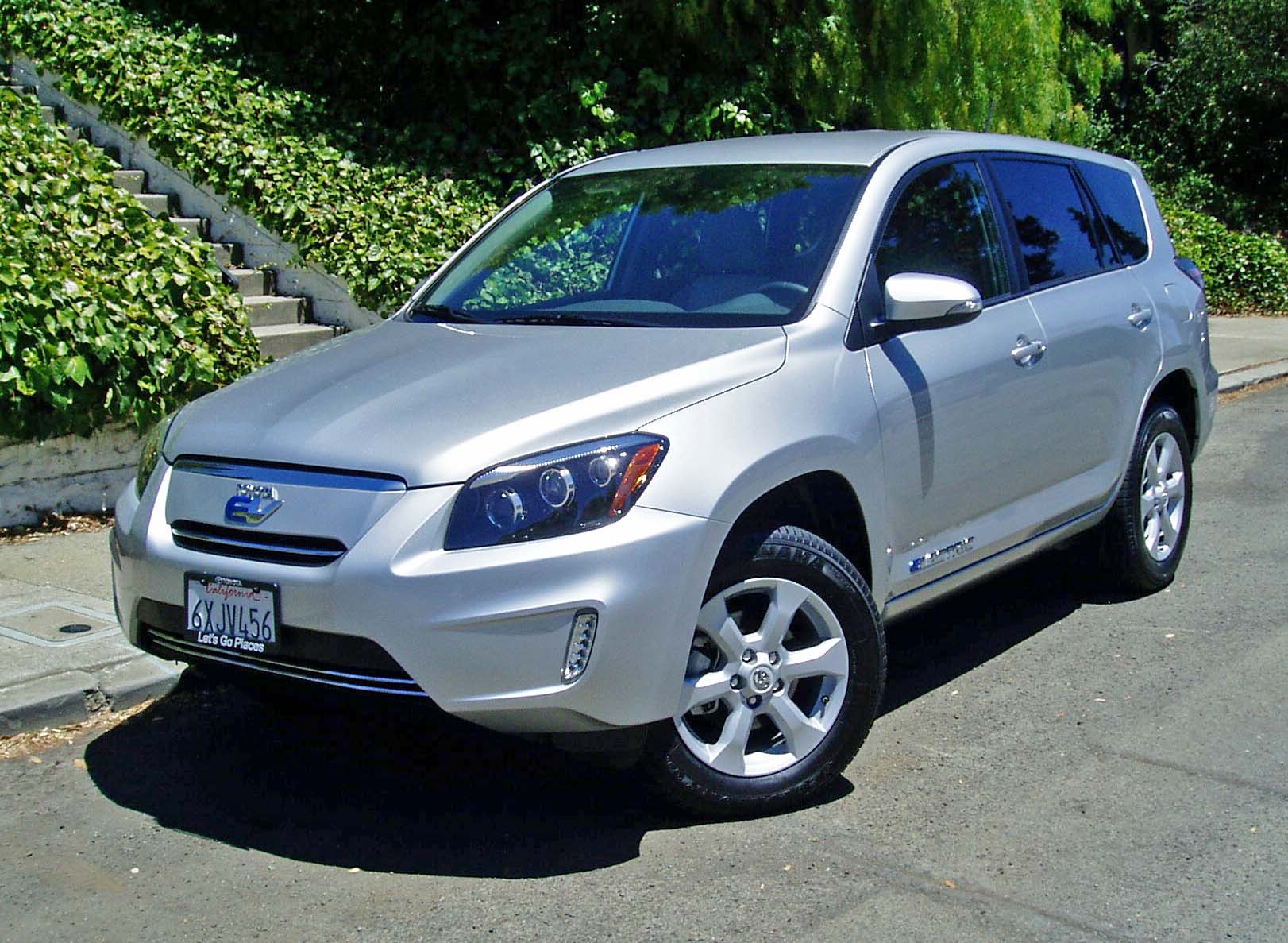