BMW draws a new line in the sand

German manufacturers may well lead the global auto market in terms of vehicle offerings. It seems that they have more models in a greater number of types and configurations than any other group, and BMW has just drawn a new line in the sand, introducing a totally new model line ? the 2014 BMW 4-Series Coupe, which is available with two different power sources in two different available drive configurations, and offering two transmission choices.

The 2014 BMW 4- Series Coupe heralds the beginning of a new era for Coupes at BMW. The lineup represents a step above its 3-Series siblings. The all-new 4-Series Coupe will be available in two models: the BMW 428i powered by a TwinPower Turbo 2.0-liter, inline four-cylinder engine; and the BMW 435i, which draws its motive force from a Twin Power Turbo 3.0-liter inline six-cylinder mill. There will be individual equipment lines for both the interior and exterior, and consumers may choose the Sport or Luxury Lines as alternatives to the standard specification, while M Sport provides yet another alternative, allowing for visible individualization. The Sport Line and Luxury Line deliver different takes on the car?s character, adapting the design and color scheme for the kidney grille and air intakes, exterior mirror caps, Air Breathers, trim strips in the front and rear fascias, door sill strips and range of wheel stylings to set the car apart externally from the basic trim level.

The new BMW 4 Series Coupe also offers drivers the ability to change between sporty, eco or comfort settings, depending on mood or preference. Using the Driving Experience Control switch with ECO PRO mode on the center console, drivers can select between ECO PRO, COMFORT, SPORT or SPORT+ (most models). Each of these selections activates different settings for the powertrain and suspension componentry.

The new BMW 4-Series has a longer wheelbase, wider track and lower ride height than the 3-Series, and it has the lowest center of gravity of any current BMW production model resulting in its stretched silhouette hugging the road. This, together with short overhangs typical of BMW, the long hood and set-back cabin with the sharply raked windshield and subtly sloped and flowing roofline, give the BMW 4 Series Coupe a pleasing visual balance. The car?s front end is striking? displaying characteristic BMW design features, such as the slightly forward-angled twin-kidney grille, flanked by four round headlights and large air intake in the front fascia with integrated fog lamps, clearly showcases its family ties with the 3 Series family. New design elements of the BMW 4 Series Coupe are the Air Breathers, that are positioned aft of the front wheel arches to reduce drag. Both the Coupe?s muscular wheel arches and wide track serve up an aggressive stance, with prominent horizontal lines.

The roofline creates a smooth transition into the rear, while accentuating the sporty profile of the flanks. The frameless glass side window and the signature slim-line BMW Hofmeister kink at the trailing edge of the C-pillar create a dynamic visual tension, while below the windows, the double swage line ? made up of two character lines running alongside each other ? familiar from the BMW 3 Series along with the door sill line strengthen the body?s wedge shape. The small, shrinking shadow below the swage line above the rear wheel flows directly into the flared rear wing, emphasizing the car?s sporting potential and hallmark BMW rear-wheel drive.

The lengthened tail lights and horizontal lines positioned at the outer edges of the car?s rear end draw further attention to the flared wheel arches and wide track, while the sloping rear window generates a lowering effect on the car?s tail, giving the body an even bolder and more athletic look, also emphasizing the car?s dynamic shoulders. The L-shaped taillights flow into the car?s overall design, continuing the path of the flank?s swage line. Essentially, the new 4-Series Coupe is without a doubt, one of the sportiest series-produced cars in the BMW stable.

Moving to the inside, the BMW 4 Series Coupe?s interior blends sporty styling along with purity and quality. In the forward cabin, the utilization of space through the structuring of lines and surfaces into layers gives the cabin a driver orientation without excluding the front passenger. All controls central to driving are arranged ergonomically around the driver providing ready access to all functions. Automatic seat belt valets, a Sport steering wheel, circular instruments in black-panel look and the free-standing, flat-screen iDrive monitor provide a sense of functional elegance. The iDrive Controller ? properly located for easy reach on the center console ? and the armrest between the front seats serves to give the cabin comfort and functionality.

The horizontal lines of the instrument panel are dynamic, extending into the optional two-tone door and side panel trim and wrapping around the driver and front passenger. In the rear of the cabin, contoured seats deliver the sportiness of the 4 Series Coupe to all occupants. Recessed head restraints and continuously molded side supports give the rear bench the appearance of two separate seats.

The backrest of the BMW 4 Series Coupe?s rear seat may be folded down in 40:20:40 segments. Folding down the center segment creates a large through-loading gap, which can accommodate several pairs of skis or snowboards while still allowing space for four people on board. The trunk can also be opened remotely using the optional Smart Opener as part of the Comfort Access feature; a short movement of the foot under the center of the rear bumper is all it takes to raise the trunklid.

During the Canadian/American press launch, I was able to experience wheel time in the BMW 428i and the 435i Coupes. Both were Rear-wheel drive and both were finished outside in Mineral Gray metallic ? one with a Black interior , the other with a Beige and Charcoal theme inside. The 428i came with a base sticker of $42,500 and a final tag totaling $48,075. The 435i?s base price was set at $46,000. Which with options came to $60,625.

SUMMARY: For BMW fans desiring more than the 3-Series has to offer, the 4-Series lineup is definitely the way to go. Both models that I tested were rear-wheel drive units. Should you happen to opt for the xDrive models, add $2,000 more to the price tag.

Both the 428i and 435i are delights to drive, with excellent acceleration capability and ideal on-center feel Serotonin system steering (Variable Sport steering is optionally available. The ride quality is planted, but compliant, and may be adjusted either up or down to suit driving conditions and styles. Braking is positive as well. Handling characteristics are also adjustable through the Driving Experience Control switch. The M Sport package adds an even higher level of dynamicism for the performance aficionado.

For the safety conscious, the new 4-Series Coupe comes with a full suite of both active and passive safety systems and equipment. Connectivity isn?t forgotten either ? hook up with a variety of informational and entertainment sources via BMW?s improved iDrive interface. 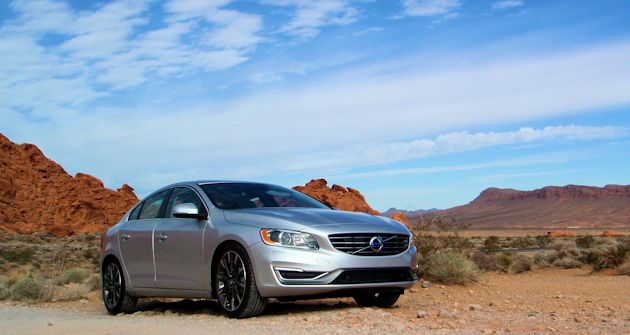 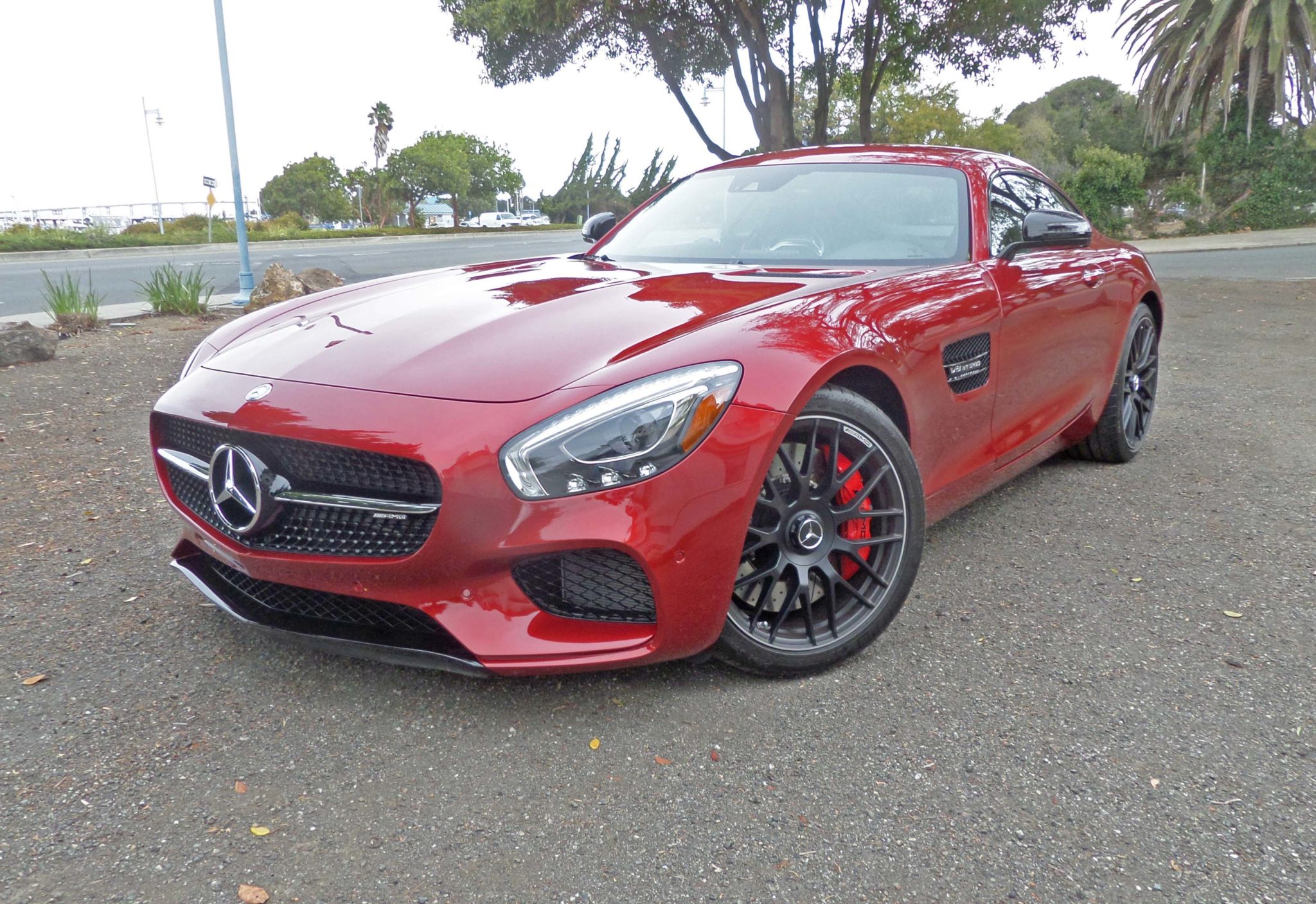