The process of shopping for a new car can be confusing and even stressful at times. It would even be a challenging process for us and we get to drive up to 150 different new cars during the year and spend hundreds of hours studying new cars.

Most shoppers have an idea of what they want based on anything from a friend?s recommendation to seeing something that looked good going down the street.

Of the dozens of possible vehicle categories available today, we think the compact SUV/crossover is especially interesting because of its convenient size and utilitarian packaging. Nearly every manufacturer makes a compact SUV so the selection includes a broad range of prices, features and performance.

One of the standouts in the category is the 2014 Acura RDX. Priced around the middle of the pack, the RDX is the ultimate in shopping simplicity. Chose front-wheel drive or all-wheel drive, one of seven colors (some colors have two choices of interior color but most have only one) and the Tech Package or not. That?s all the decisions the buyer has to make?that?s a big difference from some models that have literally hundreds of choices.

The one-level RDX is very well equipped with all the standard features most buyers want, like leather seating (heated in front), a full range of power equipment, moonroof, 18-inch alloy wheels and the latest safety technologies.

The 2014 Acura RDX pricing ranges from $35,415, including the destination charge, for the two-wheel drive and tops out at $40,515, for the AWD version with the tech package. The Technology package adds one of the best navigation systems in the industry, Acura/ELS Surround? Premium Audio, a GPS-linked solar-sensing climate control system, power tailgate and Xenon headlights.

Acura planners are well tuned into the importance of in-car communications, mobile media and entertainment. The RDX Tech package includes features like Bluetooth?, AcuraLink with real time traffic and weather and hard disk storage for up to 3,500 songs. It also allows for the easy operation of Pandora Internet Radio and integrates with smart phones and digital players. Digital equipment can be hidden in the center console and hooked up to USB and auxiliary inputs.

The RDX communications systems reduce the temptation to text while driving with its integrated SMS text message function. It enables you to respond to incoming text messages with little driver distraction. When a text message comes in the system can actually read the text on the display to the driver. After the message is read aloud, the driver can use the center display to select six pre-prepared responses like: ?Talk to you later, I?m driving?, ?I?m on my way?, ?I?m running late?, ?OK?, ??Yes? and ?No.? It also gives the driver the option to make an easy hands free call to the person who sent the text.

The Acura RDX gives buyers an attractively styled mid-size crossover with room for five adults and a generous 26.1 cubic feet of cargo space. When the split rear seat backs are folded down, the cargo space can grow to a total 76.9 cubic feet, making enough room for bicycles and lots of camping gear, or the spoils of a major shopping trip. The RDX is probably not the best choice for towing, but the 1,500-pound capacity will handle an adult toy or two. The larger Acura MDX would be a better choice with its 3,000-pound towing capacity.

We were surprised when Acura dropped the turbocharged four-cylinder engine last year, in favor of a much larger, more powerful V-6. Lately most manufacturers have been going the opposite direction, dropping V-6 engines in favor of turbocharged four-cylinders. However, through the magic of Acura engineering the result was more power in a smoother and quieter engine application along with a significant increase in fuel economy.

The 273-hp, 3.5-liter V-6 engine has Acura?s first use of Variable Cylinder Management?. The engine will run on six, four or three cylinders depending on the driving conditions. The other change is a new six-speed automatic transmission with steering wheel-mounted paddle shifters (replacing a five-speed automatic) and a new All-Wheel Drive system with Intelligent Control, which is simpler, lighter and more efficient than the previous AWD system. The new system has a front wheel-bias that only sends power to the rear wheels when slippage occurs. The RDX isn?t designed to go off road, but for adverse weather, it?s a perfect solution.

Combined, the new engine, transmission and AWD system produce an EPA fuel economy rating of 19 mpg city, 27 mpg highway and 22 mpg combined making it one of the best in its class. This is an improvement of five mpg for the AWD version during highway driving. We averaged 24.1 mpg during a week of mostly local driving. The drivetrain also makes a significant improvement in acceleration with a 0 to 60 mph time of 6.2 seconds.

The engineers didn?t skimp on the latest suspension system, which is four-wheel independent with MacPherson struts in the front and multilink in the rear. The RDX stays flat in the corners, and provides a comfortable ride that is well balanced between handling prowess and ride comfort. The RDX also has some new control technologies like Drive-by-Wire throttle control and electric-assist power steering. Both technologies work great and provide good driver feedback and precise control.

Most every new car purchase involves compromise, but with the 2014 Acura RDX it is an easy choice. It looks great, is comfortable to drive and ride in and has that universal do-anything appeal we like. 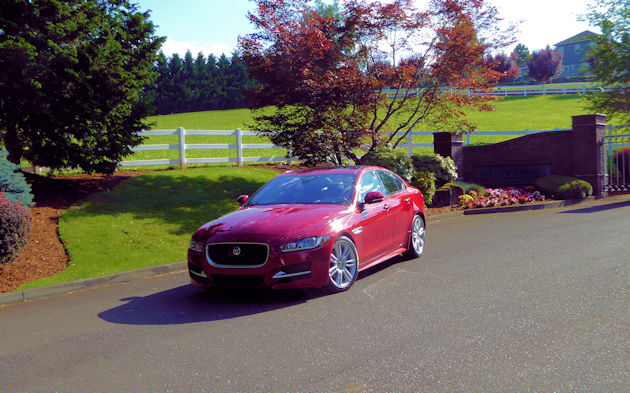 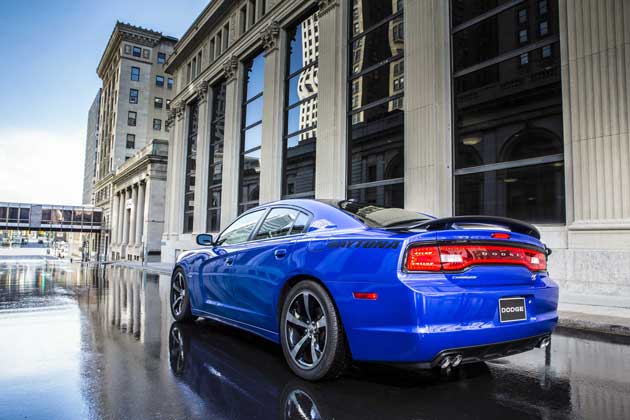