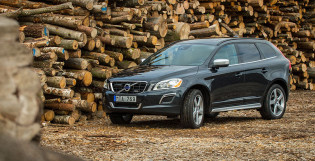 The Volvo XC60 has been around a few years, but it maintains a distinctive look, innovative technology and?good performance.

First released in 2009, the XC60 started like most new Volvo?s — well-built, unique design and with an?obsession for safety. Since that time, the XC60 has logged some awards and ranks as the second best-selling Volvo?model. However, the total sales are small compared to competitors. 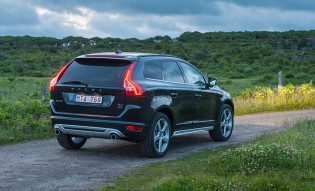 ?Over the last 15 years, Volvo has gone through some major transitions that have made it hard for them to?concentrate on their goals. In 1999, Ford purchased Volvo for $6.45 billion to become part of Ford?s Premier Auto?Group. Initially, Ford helped the brand with technology and funding, but after a few years, it was obvious that PAG
was not successful and Ford began looking for a way out. In mid-2008, a young Chinese automaker, Geely, approached?Ford about a possible takeover and in August 2010, Geely took control of Volvo paying just $1.8 billion.

We asked John Maloney, President and CEO of Volvo Cars of North America, last summer at a Volvo introduction?if the Geely purchased affected the way Volvo operates now. He said during final days of Ford ownership, that Volvo?didn?t get much support from Ford, just the money to keep the company running. Now with Geely, they have more support
and a lot more money for development of new products. He also said Geely has allowed Volvo be Volvo. We are?expecting to see some innovative new products once all the dust has settled.

The XC60 stands out in the crowd of the small premium sport utilities with its rakish look, Volvo family?grille and distinctive rear end accented by tall taillights that extend up the ?D? pillars. 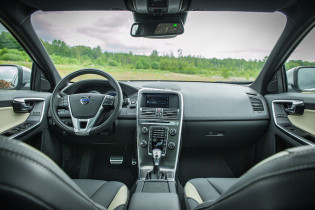 Personally, we debate over the interior design of the Volvo XC60. Barbara says ?it?s a little too stark and as a?result it almost looks cheap.? Bill likes the the simplicity and equates it to clean lines of Scandinavian furniture.?We are in total agreement, however, about the seats — they are some of the best and most comfortable seats made.

No other vehicle matches the Volvo XC60 for safety equipment. One of the newest features is City Safety, which is designed?to prevent or soften collisions occurring at speeds of 19 mph or less. When sensors recognize a possible collision?ahead, City Safety pre-charges the brakes or even automatically brakes the XC60 to help avoid, for example, a rear-end
collision or lessen its impact. This is great for the stop-and-go driving on crowded streets and highways.

Other new features that add to XC60 safety and assist the driver are Active High Beams, which automatically?switches between high and low beam when traffic is sensed and Road Sign Information, which displays traffic speed?signs for the driver on the instrument cluster based on the Forward Looking Camera. These two new features are now?part of the optional Technology Package, which also includes Adaptive Cruise Control with Queue Assist, Collision?Warning with Full Auto Brake, Pedestrian Detection with Full Auto Brake, Distance Alert, Driver Alert Control and Lane?Departure Warning (LDW). 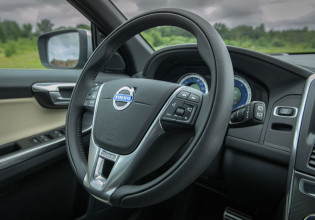 It also has a new Tunnel Detection, which automatically turns on the headlights when the vehicle enters a tunnel and?then returns the lights to the previous setting when exiting the tunnel. Rain sensor windshield wipers and headlight?washers are now standard on the XC60, too. Volvo pioneered the blind spot identification system (BLIS) but it is
still a standalone option. We think it should be standard on all Volvo?s or part of the technology package.

The XC60 comes in three model designations, each with a different in-line six-cylinder engine. The 3.2 is a?naturally aspirated 240-hp version. The T6 has a turbocharged 3.0-liter engine producing 300 horsepower. The?performance model, the T6 R-Design, has a 325-hp version of the 3.0.liter engine.

The 3.2 is front-wheel drive with all-wheel drive as an option. The T6 and R-Designs have standard AWD. Each?model utilizes Volvo?s six-speed Geartronic automatic transmission. A new feature is the illuminated gearshift knob?that indicates the gear selected. The turbocharged models also have Sport Mode, which elevates the driving character?of the drivetrain for better response and control. For the occasional off road situations, the XC60 has 9.1-inches of?ground clearance, Enhanced Dynamic Stability and traction control. There is also an available Trailer Stability?Assist (TSA) that helps provide more stable driving when towing. 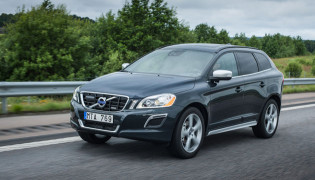 The 3.2 comes in four trim levels: 3.2, Premier, Premier Plus and Platinum. The T6 and R-Designs have?Premier Plus and Platinum versions in addition to the base level trim. Prices range from $35,245, including the?destination charge, for the 3.2 FWD up to $49,845 for the T6 AWD R-Design Platinum. With all the option boxes?checked, the price can go as high as $54,419 for the R-Design Platinum.

On the negative side, we still don?t like the navigation system. It?s better than previous version, but still a bit?confusing to use and slow.?In the pluses column, the XC60 has a distinctive design, you won?t see them around every turn, it?s fun to drive and?quite agile, the interior is comfortable and it gets a recommended rating from Consumer Reports. It?s also one of the?most technologically sophisticated vehicles on the market. This is a vehicle we?d like to have in our garage.