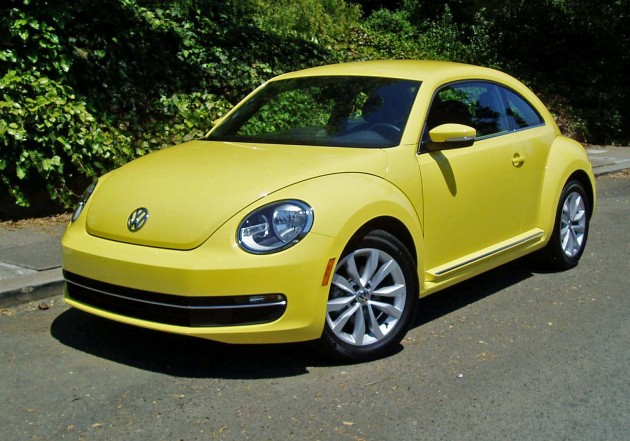 The original Beetle or ?People?s Car? ranks as the most successful single platform car design ever with 21.5 million sold worldwide. It was produced between 1938 and 2003. When the ?New? VW Beetle first appeared on the scene in 1998, it was viewed by many to be a ?Chick? car? not really registering on the machismo scale. Despite that perception, the new Beetle has now come to be considered an iconic vehicle. Last year, the third-generation Beetle became an icon revisited, representing a modern interpretation of what has unquestionably become a classic design, dropping the ?new? prefix and being referred to simply as the Beetle or Turbo Beetle. Now there?s a 2013 Volkswagen Beetle TDI? Clean Diesel available on our shores, which may well be the most frugal, fuel-efficient Beetle ever produced, with EPA estimated mileage of 28-mpg city and 41-mpg highway.

The latest iteration Beetle?s styling didn?t far from the former ?New? Beetle?s design tree, and it still delivers New Beetle DNA, but with some major modifications. The current Beetle in all its forms, appears in a longer, lower (but still with plenty of head room) and wider form, with a noticeably sportier, and noticeably more masculine stance. In Hot Rod speak, it displays the image of having a chopped top and channeled body, yet delivering no compromise in its German engineering. The hood is longer and the windshield is set further back with a more pronounced rake. The Beetle is 3.3-inches wider, 0.5-inches lower and 6-inches longer than its predecessor. The car?s front and rear tracks have been increased as well as the wheelbase, and the coefficient of drag is a slippery 0.367, and despite the lowered roofline, today?s Beetle actually provides an additional 0.4 inches of headroom and the trunk space is significantly larger, with 29.9 cubic feet when the rear seats are folded flat. 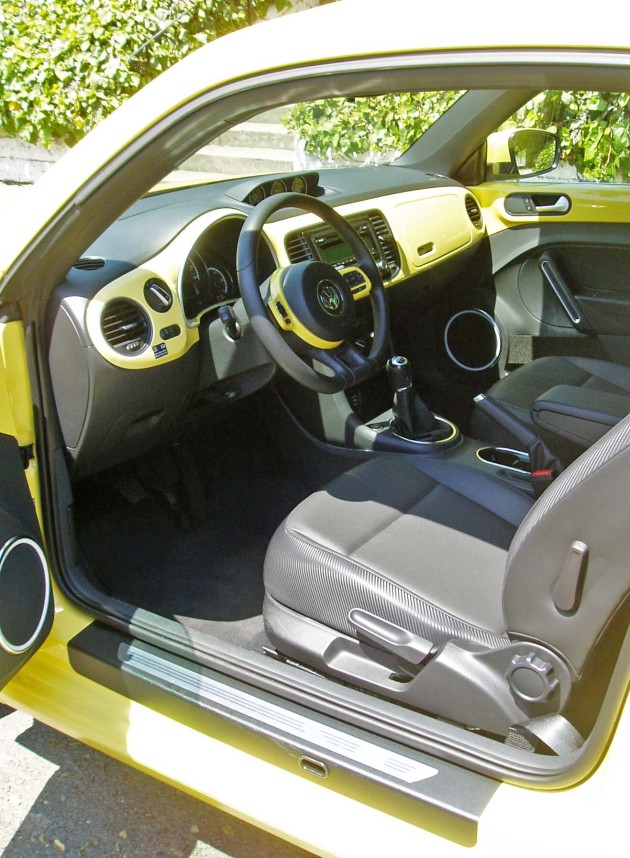 Inside, the interior design is as unique as it is unmistakable, and is very much a Beetle design, as is the car?s exterior styling. The shape and use of color for the painted or carbon-look dashboards harkens back to the design of the first Beetle. Three round gauges are arranged in front of the driver (tachometer, speedometer, fuel gauge), delivering key information at a glance. A multifunction display is integrated into the speedometer, which is housed in the binnacle?s central position. The steering wheel is designed with optional painted accents in the spokes depending on the equipment line.

The audio/navigation system is optimally located in the driver?s field of vision on the dashboard, flanked by two air vents. The climate controls are situated just below, and similar to the original Beetle, the new car has an extra glovebox integrated into the dashboard, called the kaeferfach or ?Beetle bin?. The lid folds upward, while the standard glovebox opens downward. Another classic feature is the auxiliary instrumentation package sited above the audio/navigation system that consists of an oil temperature gauge, a clock with stopwatch function, and a boost pressure gauge, standard on Turbo and TDI models. For 2013, all Turbo models have a standard armrest. 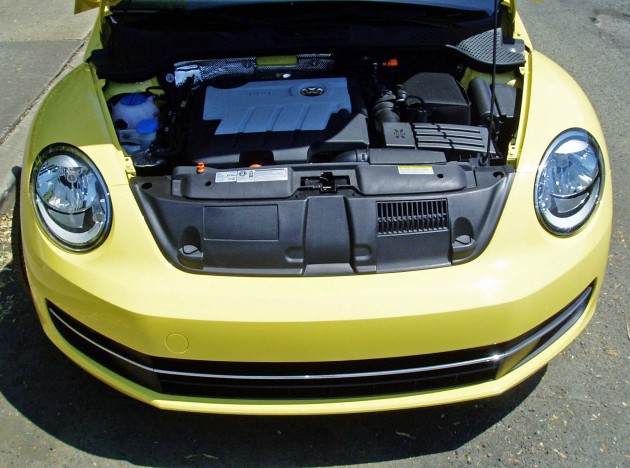 The base Beetle gets its power from a 2.5-liter, inline five-cylinder with electronic fuel injection, while the Turbo Beetle moves down the road powered by a 2.0-liter, turbocharged and intercooled, electronically fuel injected four-cylinder engine. The base model?s engine produces 170 horsepower at 5,700 rpm along with 177 pound feet of torque at 2,250 rpm while the turbo Beetle delivers 200 horses at 5,100 rpm while generating 207 pound feet of torque at 1,700 rpm. Both Beetles? liquid-cooled engines are mounted up front and drive the front wheels via either a six-speed manual or 6-speed DSG automatic with paddle shifters. The 2.0-liter TDI turbocharged Clean Diesel four banger offers the same manual or DSG options and delivers 140 horsepower along with 236 pound feet of torque.

All Beetle models feature a strut-type front suspension with lower control arms and an anti-roll bar. All models come with standard ABS and EBD. Other safety and security features include: VW?s advanced Intelligent Crash Response System that shuts off the fuel pump, unlocks the doors and switches on the hazard lights should the vehicle the vehicle become involved in certain types of collisions. 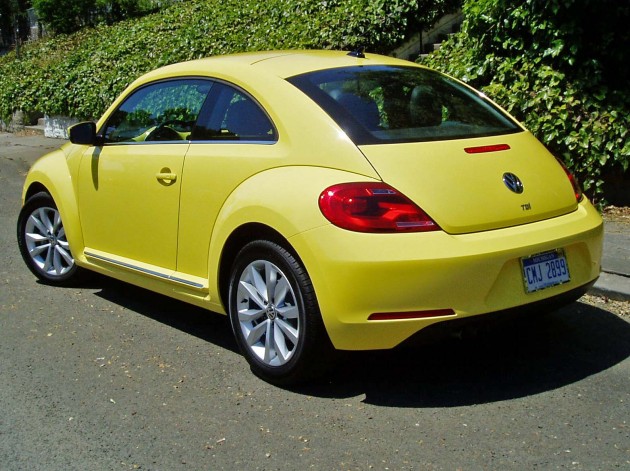 My test 2013 Volkswagen TDI Beetle Coupe?Clean Diesel sported a Yellow Rush exterior and a Charcoal and Gray interior with cloth seating. It was equipped with the 6-speed manual gearbox and came with a base sticker of $23,295. The only extra charges were for the TDI Monster set of 4 mats, a heavy-duty trunk liner with CarGo Blocks, a First Aid Kit and the Destination charge, which combined to bump the final tally to $24,360.

SUMMARY: ?The Volkswagen Beetles in any of its available forms is capable of serving up comfort and fun in very large doses. Which is the best? This of course depends upon individual personal needs, tastes and driving preferences. My 2013 TDI Coupe was certainly a joy to drive with its close ratio 6-speed manual gearbox, although with today?s advancements in automatic transmission capabilities, I would personally opt for VW?s DSG automatic with paddle shifters, which seems to offer the best of both worlds.

Acceleration off the line, with its turbocharged/intercooled Direct Injection four banger producing 236 pound feet of torque, was impressive, effortlessly lighting up the front tires. The improved suspension delivers a flat, firm and stable ride quality, while remaining quite comfortable. The Beetle Turbo is lighter, makes more horses, but delivers considerably less torque, and it?s obviously not as fuel-efficient. 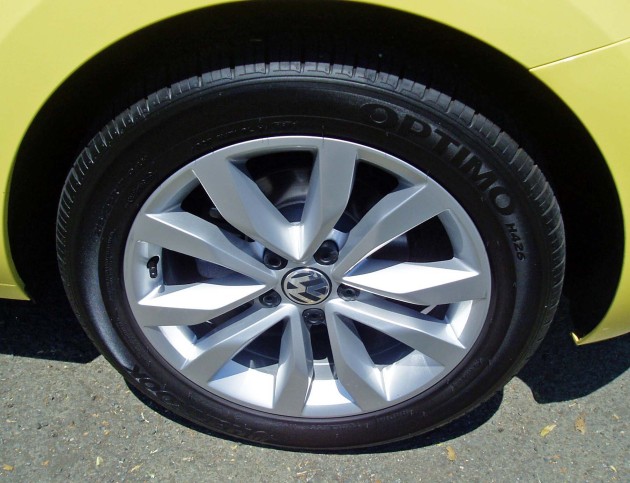 Steering was positive, with a good on center feel, and the responsiveness resulted in a nimble, athletic sensation overall.

The VW Beetle TDI Coupe is clearly a winner in its own right, but given my penchant for open vehicles, give me the Convertible version with the DSG automatic transmission in a color other than Rush Yellow for the ultimate Beetle. 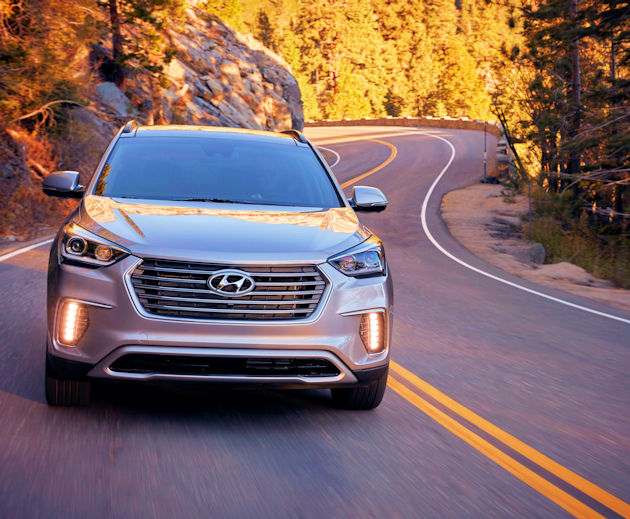 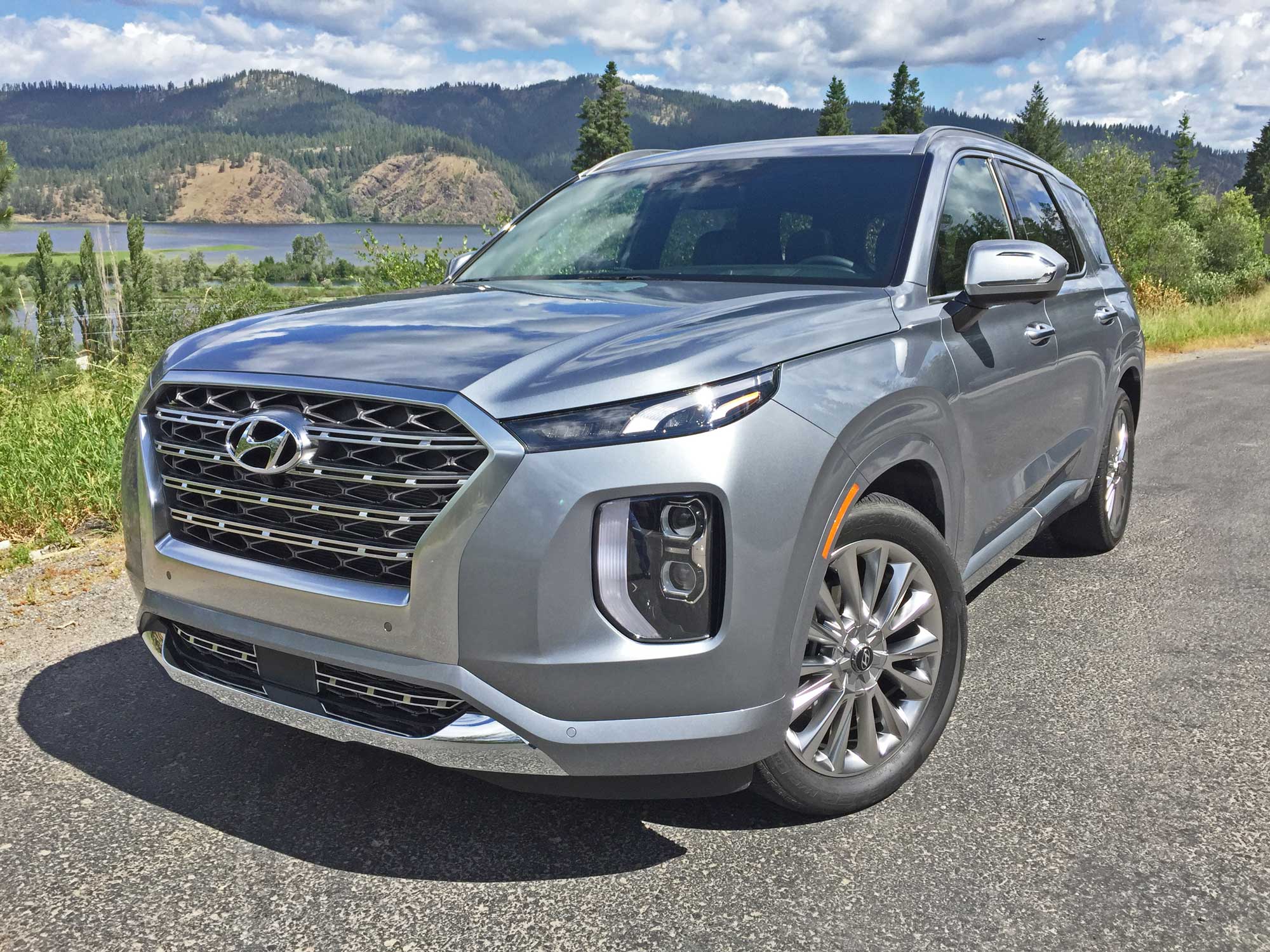