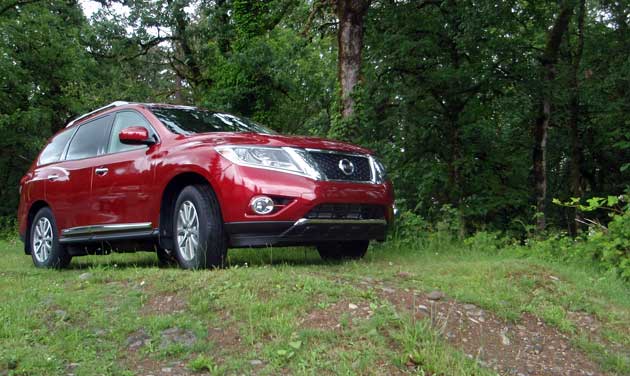 It has been our experience, as we grow older and wiser, that we gravitate to more relaxed and refined things. We seek the most comfortable mattress, a chairs comfort is more important than looks and we pick clothes based more on how they feel rather than how they look.

The same goes for vehicles. As we mature, easy access becomes as important and it?s no longer as much fun to get into something like a sports car that requires a sophisticated yoga like move to get into and often a helping hand to exit. Alternatively, fuel economy might even supersede acceleration in order of importance.

Some of the new vehicles seem to go through a similar maturing process. At earlier stages of life, Pathfinder was a rugged, highly capable, off-the-beaten path style SUV built in the original and traditional body on frame structure — actually a modified version of a truck. The 2013 Nissan Pathfinder has taken the older and wiser theme to heart with a new softer side that is much more refined and comfortable than previous versions. 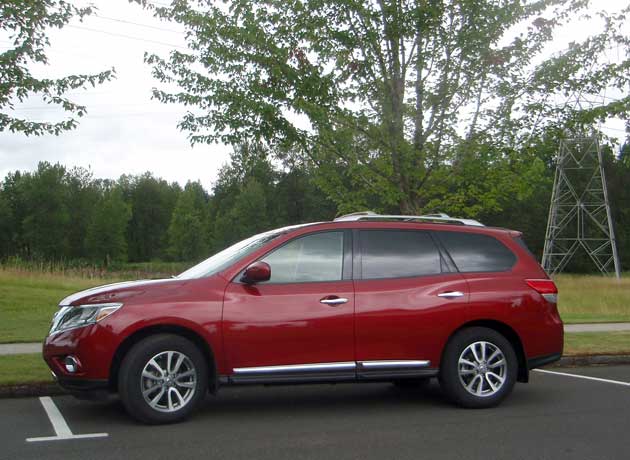 For the first time the Pathfinder rides on a unibody platform that allowed engineers to increase interior space, smooth out the ride quality and deliver better fuel economy to owners. Much of the fuel economy story comes from dropping 500 pounds of ugly steel and other materials in the process.

The Pathfinder is essentially a Nissan version of the plush and sophisticated Infinity JX35. This is good, because we love the JX?it has great styling, sophistication and performance.
The 2013 Nissan Pathfinder has a great trim muscular look with smooth arches over the wheel and a new adaptation of the Nissan family grille. The Pathfinder grille has strong angled chrome bars that appear to be flanked by winged headlight pods. Combined they create the look of one unit, which then sweeps back into the hood and fenders. The entire body is beautifully executed and it?s very aerodynamic. 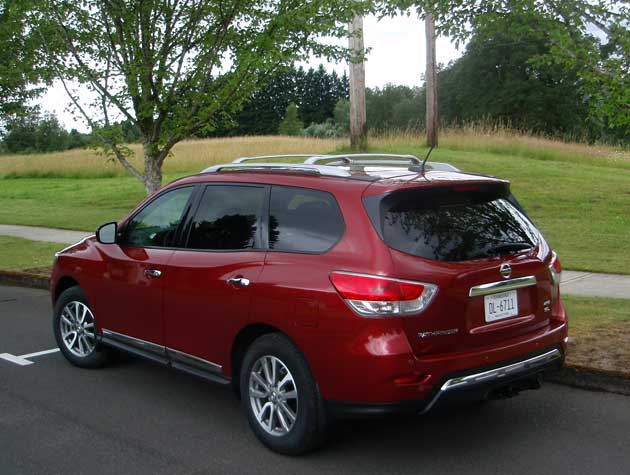 With the new longer and wider Pathfinder body (4.6-inches longer and 4.3-inches wider), the interior gains an additional 8.4 cubic feet of room. This makes a comfortable and usable space with room for seven passengers in three rows. Row three is a tight fit, but with the flat floor, courtesy of the unibody platform, Nissan engineers have been able to create an innovative new EzFlex? seating system for the second and third rows, which allows the second row to adjust to allocate legroom where it?s most needed. The system also slides forward allowing much easier passenger access to the third row. When a massive cargo space is required, the two rear rows fold flat to create nearly 80 cubic feet of space. 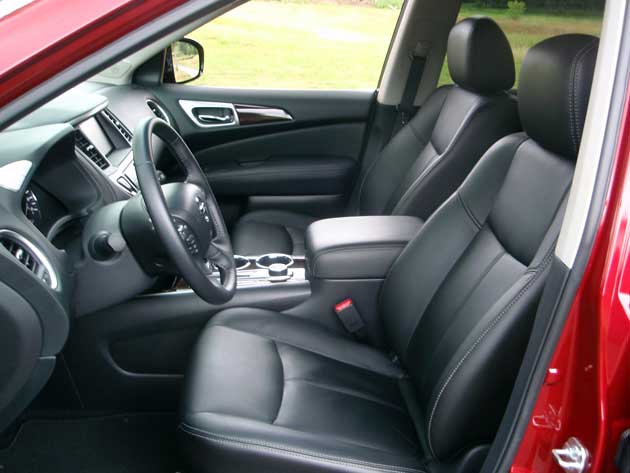 The driver gets an upscale workstation with plush soft-touch surfaces and abundant wood surrounds. But the best part is the innovative driver assists on the instrument panel like the Advanced Drive-Assist? Display, the large multifunction center IT display and the Nissan Navigation system that has all the cool traffic, weather, information and entertainment systems. Probably most impressive and innovative is the Around View? monitor that provides the driver a virtual 360-degree image of the area around the vehicle ? it?s something like an out of body experience where you are looking down on the Pathfinder from above.

Nissan?s award winning V-6 engine powers the new Pathfinder. Replacing a V-8 and larger 4.0-liter V-6 from the previous generation, the new 260-hp, 3.5-liter V-6 combines with the new generation Xtronic CVT to produce a combined 22 mpg fuel economy (20 mpg city and 26 mpg highway) for front-wheel drive models. The four-wheel drive model gets about one mpg less. We?re not crazy about CVTs in general, but concede that the Nissan version is about as good as they get. 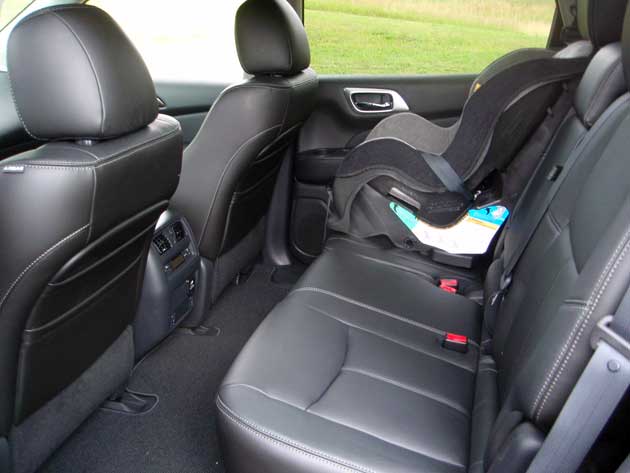 The 2013 Nissan Pathfinder comes in four trim levels. From least expensive are the S, SV, SL and Platinum, and a choice of front- or four-wheel drive. Pricing ranges from $29,525, including the $825 destination charge, for the 2WD S up to $44,325 for the AWD Platinum. Four-wheel drive is $1,600 extra. Options are limited to a couple of entertainment packages on the upper level models and a tow package. 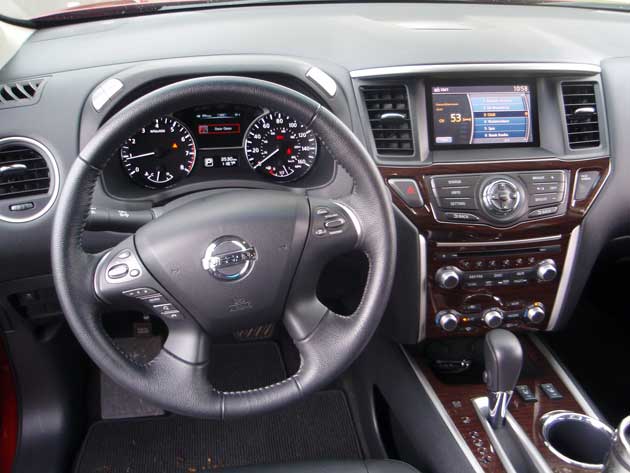 The more upscale Pathfinder has a high level of features with the Platinum model boasting standard features like heated and cooled front seats, 20-inch aluminum wheels, the Around View Monitor, Navigation and Bose audio. Included on the Platinum and SL are remote engine starts, leather seating and power rear liftgate.

Nissan has done a great job on the new Pathfinder offering a high level of sophistication and comfort. One feature we did missed, however, was the ability to manually shift the CVT. Some Nissan models like the Altima have paddle shifters and manual shift modes with a CVT, and we think the Pathfinder has shifter envy.

The 2013 Nissan Pathfinder is impressive and should be on the shopping list of anyone looking for a family SUV or crossover. 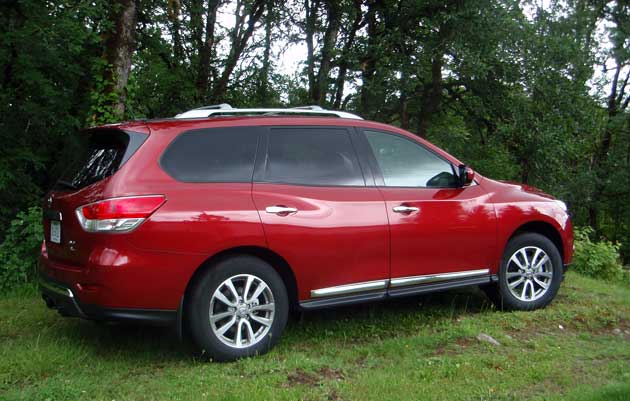 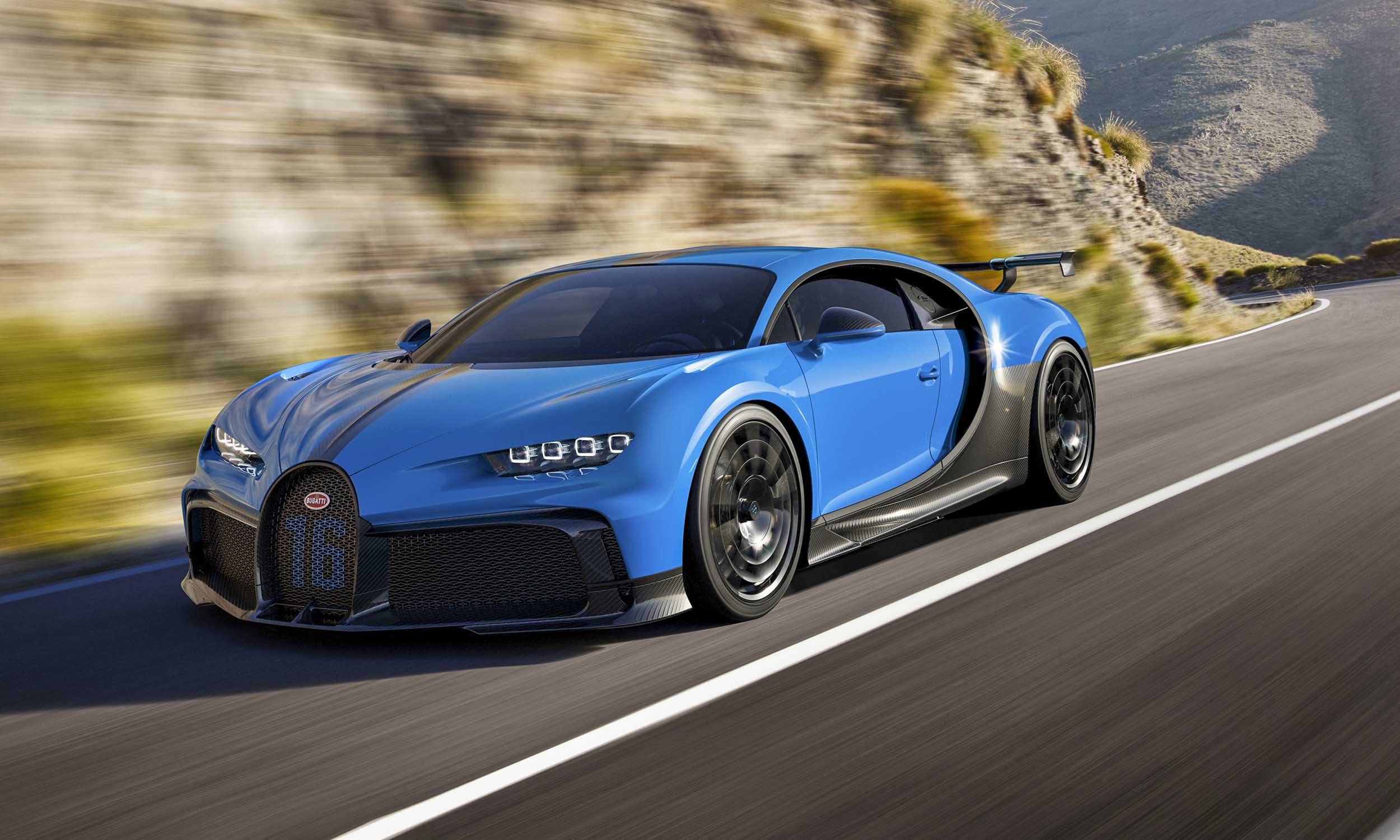 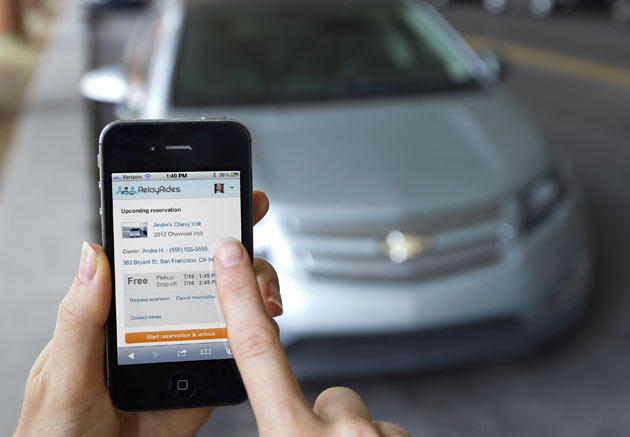