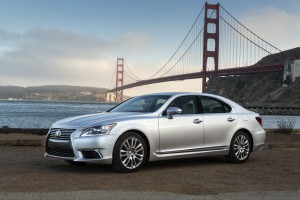 LaJolla, Calif. ? Since going on sale in 1990, the luxurious Lexus LS has continuously set a standard of producing excellent quality vehicles, which consistently topped customer satisfaction indexes.? However, in past model years, I remembered writing that the car was so close to perfect that it often lacked the personality to provide the same driving enjoyment offered by some competitors.? Often the LS felt almost too refined or smooth muting the driving experience.? Sure, it was a great car to travel in with outstanding comfort and good performance, but it wasn?t as much fun to drive.? While the re-engineered 2013 even improves on the excellence, a couple of hours behind the wheel F Sport model indicated a new level of driving enjoyment and a greatly improved personality.

This fifth generation Lexus flagship, probably had more attention paid to detail than any new car I can remember. The details come in features like an analog clock that sets it time automatically by GPS, and then adjusts automatically to time zone changes, to special wheels with hollow sections that help reduced noise when the car hits a bump.? And those are just examples of technological detail; you should see what goes into the fit, finish and d?cor. 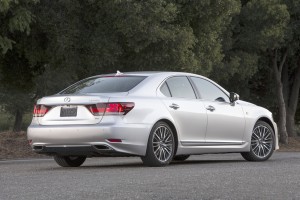 ????????? Designers didn?t go off on a tangent with an all-new design; rather they made evolutionary changes giving the 2013 Lexus LS a wider dramatic look complete with a chrome-trimmed version of the brand?s signature spindle grille.? Wide crystal housings display dual projector beam HID headlights, which turn with the steering wheel to point where the car is going.? Optional three lamp LED headlights, which too are adaptive to the steering direction, are options on all models except the hybrid, which lists them as standard.? All these features combined with the lower front fascia grilles that house the fog lights and air ducts, to create a bolder, more aggressive attitude.? The rear end gets a similar horizontal treatment with broader taillights with ?L? shaped three-dimensional LEDs.? The new body design is also very efficient recording a very low 0.26 coefficient of drag.

The horizontal theme was carried through to the interior appointments.? Audio and climate controls are stretched across the center stack and at the top of the stack is an amazing 12.3-inch wide multimedia display that can automatically divide into three sections to maintain the navigation map, while showing other functions.?? It?s controlled by, what I think, is one of the most user-friendly control systems in the industry.? The controller, which resembles and works like a computer mouse, is mounted just to the right of the shift lever on the center console.? Moving the mouse controls a large square icon on the display and when you want to select something, gently push down, and it jumps to that selection – the system is very fast.? Also located on the center console is a large dial that allows the driver to select the type of driving he or she plans to do and the system adjusts the powertrain, air suspension (on cars equipped with it), steering and even the air conditioning. 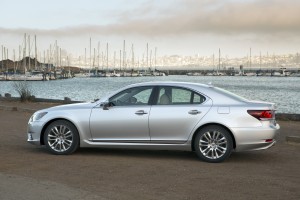 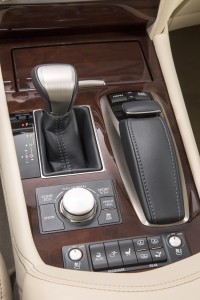 ?????????? Among the innovative new features, the 2013 Lexus LS has some great driver aids like blind spot with rear cross-traffic alert to prevent the driver from backing into oncoming traffic and Active Pedestrian Detection system that works day or night.

All the gasoline only models have a 386-hp, 4.6-liter V-8 engine and eight-speed automatic transmission.? The rear-wheel drive model accelerates from 0 to 60 mph in just 5.4 seconds, while the AWD takes a half-second longer.? Top speed on all models is limited to 130 mph.?? EPA fuel economy is listed at 16 mpg city, 24 mpg highway for a combined 19 mpg.? The AWD is about one mpg less. 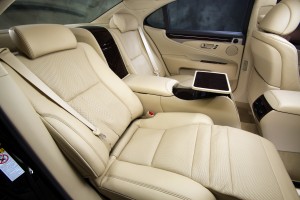 ???? The flagship of the flagships, LS 600h, is in a different league with the price starting at $120, 805.? No meek gas sipper, this car produces 438 horsepower from the 5.0-liter V-8 engine and the two powerful electric motor generators.? The transmission is the world?s first all-wheel-drive electronically controlled continuously variable transmission.

The 2013 Lexus LS 600h makes a 0 to 60 mph run in only 5.5 seconds, has a top speed of 130 mph and gets an EPA fuel economy rating of 19/23mpg or 20 combined.?? The LS 600h includes every available feature as standard equipment with the only option being the executive class seating package, which exchanges the rear bench seat for two individual reclining seats with the passenger side being a power recliner with built in ottoman-style leg rest and shiatsu massager.? The package also includes a console table, Blue-ray entertainment system

All the new LS models show the highest level of craftsmanship and elegance, but as a person who relishes the driving experience, I think the new F Sport was the biggest news.? The F Sport looks different inside and out with features designed to improve the driving experience and make the car look more aggressive.? Mechanically, it adds features like a lower riding air suspension, six-piston Brembo brakes and 19-inch forged.? With the suspension set to the Sport S or Sport S+ modes, the LS is more agile and precise.? However, the suspension changes never push the LS to a truck like ride — it?s always civilized and comfortable. ?I am surprised they didn?t modify the engine, too, to set it a little more apart from the other LS models.

The 2013 Lexus LS is very well done and with a lot more personality than previous versions and ?with an amazing attention to detail.? This is a ?must drive? for anyone considering a new luxury sedan.? 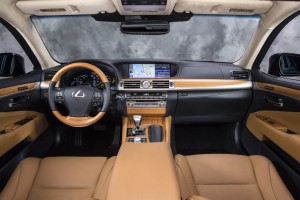 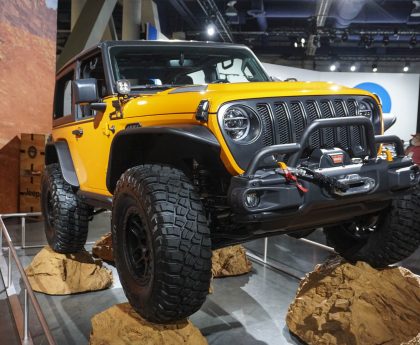 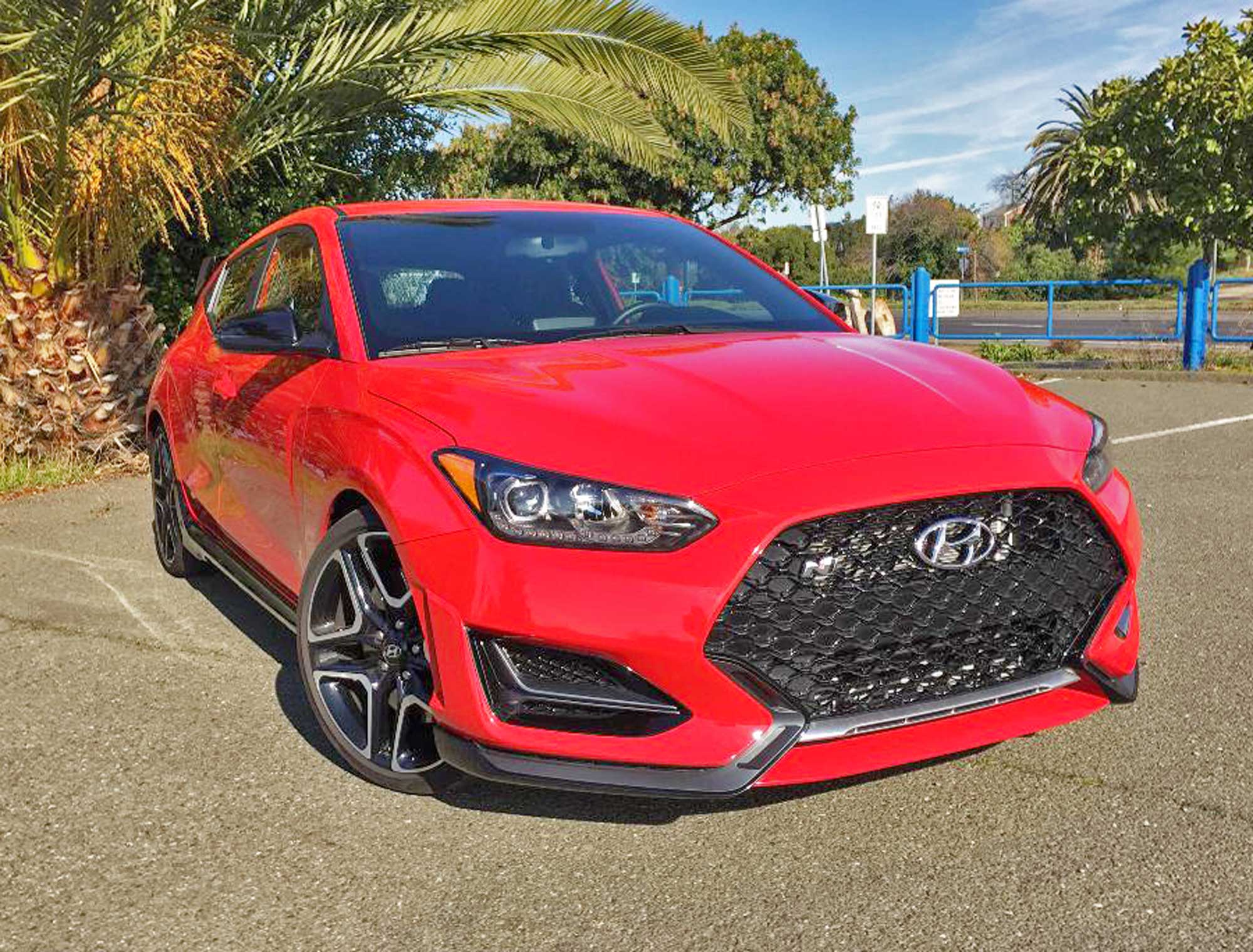