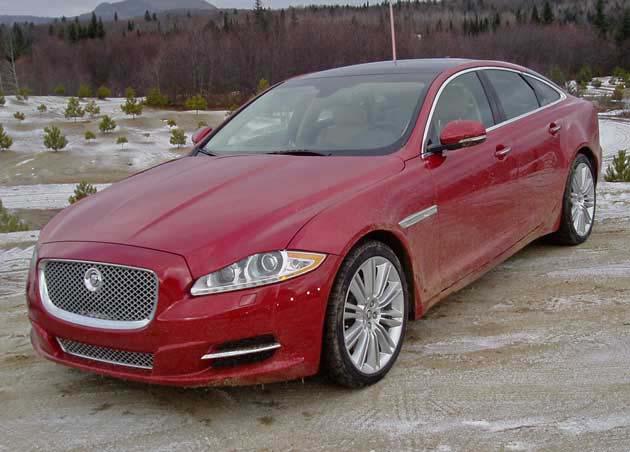 Mont Tremblant, Quebec – Two Jaguar cars are even more sure-footed for the 2013 model year. Both the 2013 ?Jaguar XJ AWD and Jaguar XF AWD saloons have added an Instinctive All-Wheel Drive system to their lineup. The XJ is available in both regular and Long wheelbase versions, with the LWB stretching an extra 4.9-inches.

The complete XJ model lineup consists of: a new 3.0-liter supercharged, 340 horsepower V6 in both rear-wheel drive and AWD; an XJL (LWB) Portfolio powered by a 5.0-liter, naturally aspirated, 385 horsepower V8; a 3-liter, 340 horsepower supercharged V6 XJL Portfolio AWD model; an XJ Supercharged, with a 5.0-liter 470 horsepower V8 in both regular and LWB; an XJ Supersport and XJL Supersport, both powered by a supercharged V8 which pumps out 510 horses; and the top-of-the-line XJL Ultimate, with only 30 available in the U.S. making it one of the most exclusive jaguars ever built. It is powered by the same engine as the XJL Supersport. Pricing ranges from $73,200 to $155,000 respectively through the model lineup. An $875 Destination and Delivery charge applies to each.

We?ll deal here with the 2013 Jaguar XJ regular wheelbase AWD saloon (4-door) version, which draws its motive force from the new longitudinally mounted, 3.0-liter supercharged V6, which pumps out 340 horsepower at 6,500 rpm along with 332 pound feet of torque in a range from 3,500 to 5,000 rpm, and is mated to Jaguar?s new ZF Sequential Shift? 8-Speed electronic automatic with steering wheel mounted paddles and Sport Mode, gearing energy to all four wheels via Jaguar?s Instinctive All-Wheel Drive.

The Jaguar XJ, which first debuted in 2011 is the flagship sedan for Jaguar featuring innovative aluminum construction for enhanced agility, efficiency and refinement. A new engine Auto Stop/Start system for better fuel efficiency has been added along with a new optional Speed Pack for XJ Supersport and Sport & Speed
Pack for XJ Supercharged, which incorporates functional aerodynamic enhancements as well as exclusive exterior and interior features and unlocks higher top speed capability (from 155 mph to 174 mph)..New premium audio systems by Meridian?, the renowned British maker of high-end home audio components and speakers are optionally available, and there?s an upgraded navigation and infotainment system.

The new 340hp 3-liter supercharged V6 engine becomes the standard engine in the XJ standard-wheelbase model and it may be paired with the new all-wheel drive system. Jaguar?s Instinctive All-Wheel Drive, an active torque-management system, provides a performance-oriented rear-drive bias, which can shift power to the front wheels to either pre-empt or counter wheel slip. The system normally sends the most torque to the rear wheels in order to preserve the agile driving feel and response of a rear-wheel drive XJ. It constantly monitors grip levels, steering and throttle inputs. Utilizing special control algorithms, the system is able to proactively predict rear-tire slip and send torque to the front wheels to help increase traction. The system can transfer up to 50 percent of the torque to the front wheels when needed, such as in slippery conditions. There are three operational modes – Normal, Winter and Dynamic.

Other benefits are offered by the system as well. When accelerating from a stop, the system applies ?pre-load? torque to the front wheels to help increase traction. Once underway, if no slip of the rear wheels is detected, Jaguar Instinctive All-Wheel Drive? seamlessly switches to its rear-biased configuration. When selecting ?Winter Mode? using the Jaguar Drive Control, the vehicle will optimize its systems for slippery conditions. Winter mode also preloads more torque to the front wheels at start-up and defaults to a 30:70 torque share between front and rear to maximize traction on slippery surfaces.

The 2013 Jaguar XJ 3.0 AWD model incorporates a transfer case connected to the rear of the eight-speed automatic transmission housing a multi-plate wet clutch, which controls power transfer via a driveshaft to the front differential. The Transfer Case Control Module is the electronic control unit that
monitors grip levels and driver inputs, and then signals the transfer clutch to apportion the torque appropriately. To package the AWD system as efficiently as possible and keep a low center of gravity, the front half-shafts run through the engine oil pan. Special acoustic materials in the transmission tunnel ensure refinement comparable to the rear-wheel drive models.

In terms of its visual appeal, the 2013 Jaguar XJ?s exterior displays Jaguar?s new design language, leading off with a bold mesh grille and slim standard Xenon headlights. The strong, athletic lower half of the car contrasts with the slender and graceful curved quality of the roofline. The wrap-around rear window gives the impression of an exotic “floating” roof and a panoramic glass roof is standard on all XJ models, enhancing the sense of light and space inside.

Inside, the Jaguar XJ exhibits a clean, elegant form with the leather-wrapped instrument panel sitting low across the vehicle. Bold architectural wood sweeps forward from the rear doors through the front doors, meeting at the upper dashboard center. An analog clock inspired by luxury wristwatches is located in the center of the lower dashboard. When open, the panoramic glass roof mechanism slides the front glass panel upward and outward, preserving headroom. The roof?s dark tint and reflective coating help in limiting heat gain, while twin power blinds provide another level of privacy and sun screening.

The Jaguar XJ is loaded with safety systems and features including: ABS, DSC, CBC, ACC and Two-stage driver and front passenger airbags, front side and curtain side airbags are complemented by anti-whiplash front seat structures.

The International Jaguar XJ and XF Press launch was preceeded by the launch of the 2013 Land Rover LR2, which began in Montreal, Quebec and took us to Mont Tremblant, Quebec where our XJ program began early the following morning in heavy snowfall over ice and snow covered roads. Our trek brought us to Mecaglisse – a special off road test facility, for dynamic driving activities and a technical presentation. Driving exercises included icy slaloms, hill starts on split mews, quick lane change maneuvers and a sandy track, which featured, banked curves, ruts and steep hill climbs.

My driving partner and I spent the majority of our seat time in a 3.0-liter AWD Jaguar XJ finished outside in an elegant Red metallic and inside in Bone trimmed in dark piping and accented in Brown and Charcoal tones. The base price was set at
$76,700 with a final price of $77,575. We also tested an XF AWD with the 3.0-liter V6 on a short on-road course that was base-priced at $61,500 with the as tested sticker totaling $62,375.

SUMMARY: Though initially apprehensive at driving in a snow storm in the pre-dawn hours with the threat of black ice, confidence and security soon displaced
any such concerns, as the Jaguar XJ AWD performed flawlessly, accelerating, stopping and maneuvering through sweeping curves with flawless stability and control.

Handling characteristics proved to be no different than driving on dry asphalt surfaces, and the ride quality exemplified Jaguar?s traditional luxurious comfort.

Visibility was quite good and enhanced by the standard radar-based blind-spot monitoring system, standard front and rear parking sensors, with visual indicators shown through the touch-screen, along with a standard backup camera. The standard Xenon headlamps may be augmented with the Visibility Package, which incorporates a system that switches the high beams on and off automatically in response to oncoming traffic and prevailing lighting conditions. This option also includes adaptive lighting, which swivels the headlamps to follow the road when cornering.

The 2013 Jaguar XJ AWD saloon is a joy to ride in and drive in virtually any scenario or weather. The AWD system is truly a marvel, delivering heightened control in the slickest of conditions. The XF is equally awe inspiring despite its somewhat smaller footprint. Neither vehicle is intended for severe wilderness treks, but gravel, sand, mud and snow are no longer a reason to stay home as they both inspire trust and a felling of complete control. 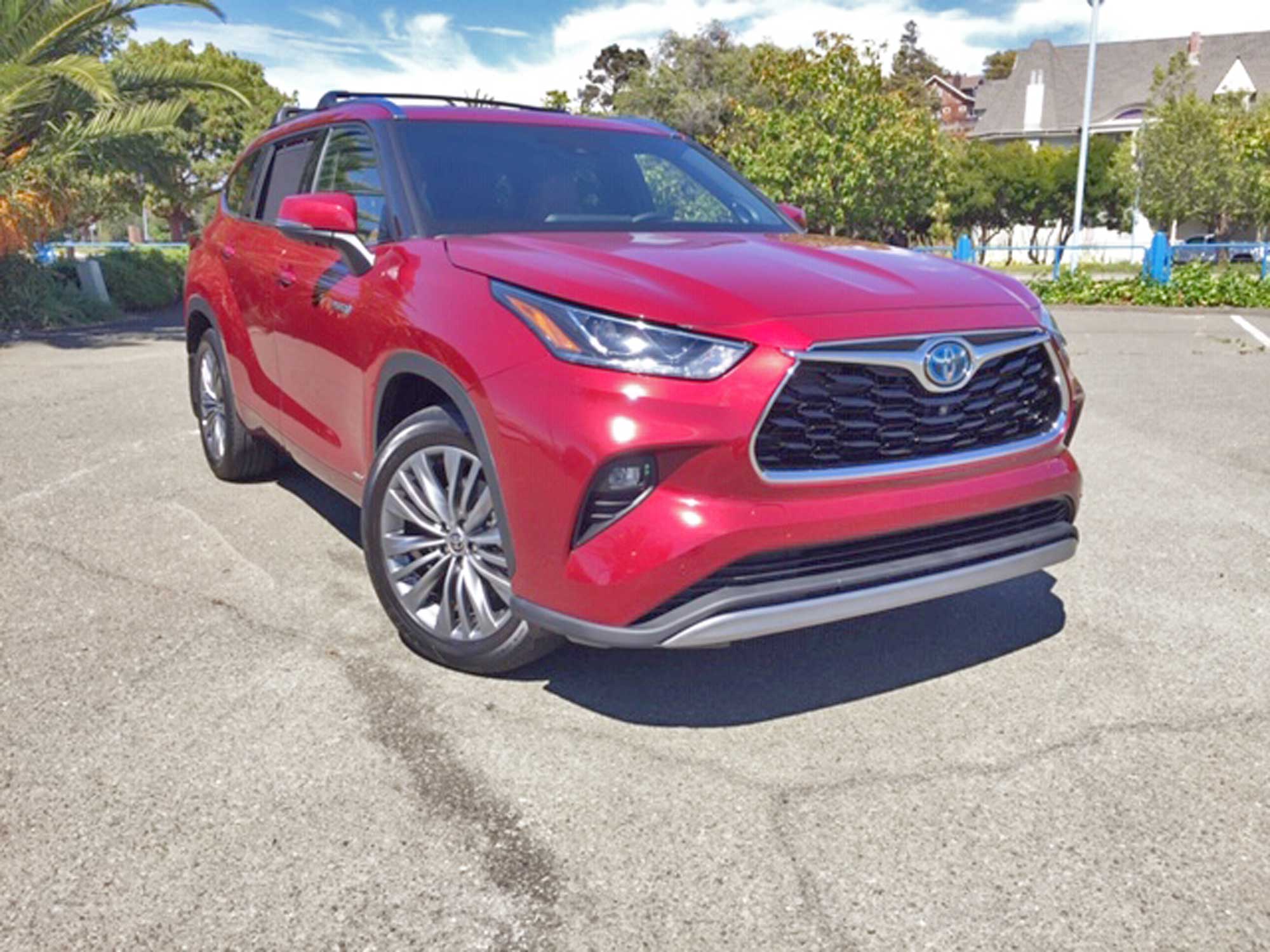 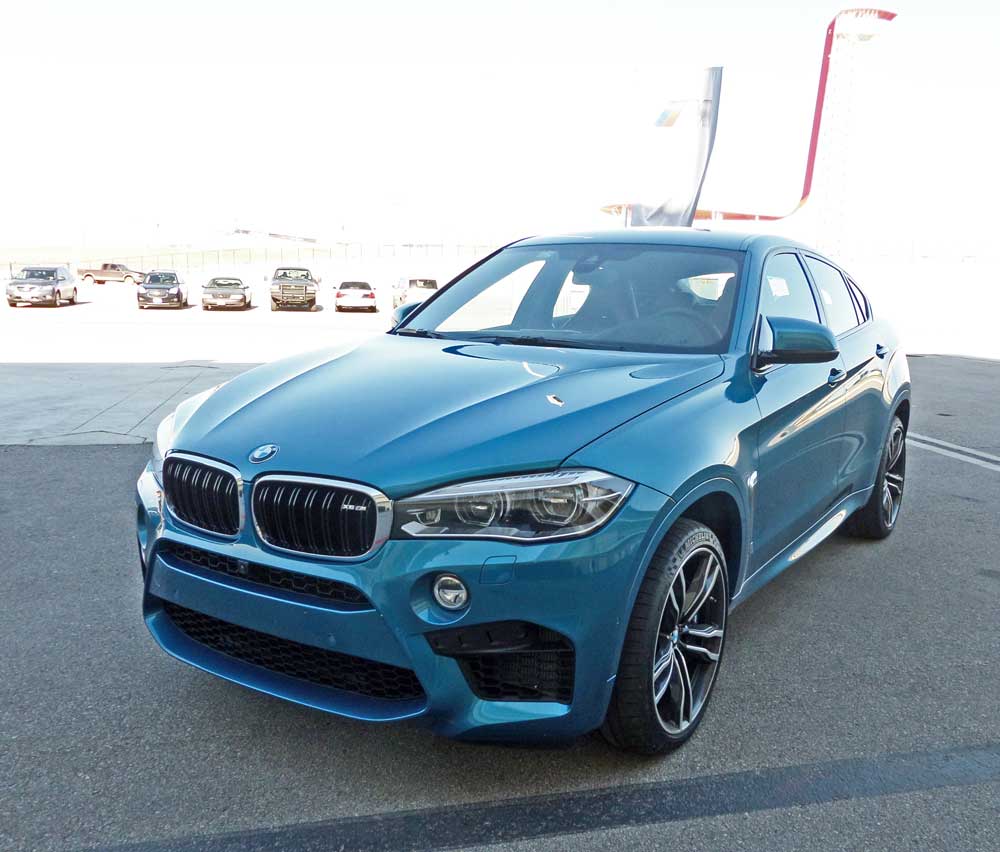