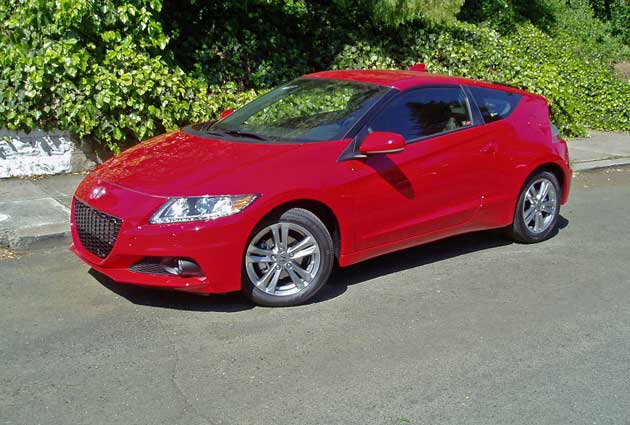 Last year Honda added yet another efficient ?green? vehicle to its hybrid lineup, but this time in a sleek two-passenger coupe design with quick, sporty handling that fell into the gasoline-electric hybrid segment. The exterior is both stylish and athletic in appearance, with a highly exaggerated wedge-like form. The stance is low and exceptionally wide, given its overall size. The sporting body rides on a lightweight, rigid platform with a wide track, short wheelbase and performance oriented suspension componentry. The roofline is progressively raked, and tapers off to a sharply truncated tail section that sports a signature Honda design feature in the form of a split – level rear glass hatch, reminiscent of earlier models. The exterior form is curvaceous and definitively sculpted, with deeply?drawn body panels and fenders that convey strength?and while the sheet metal provides a high-tension effect, as though the metal was stretched and pulled tightly over the exterior framework. The uniquely curved windshield design offers a wraparound appearance. Two trim levels are available: the base model and 2013 Honda CR-Z EX Hybrid. 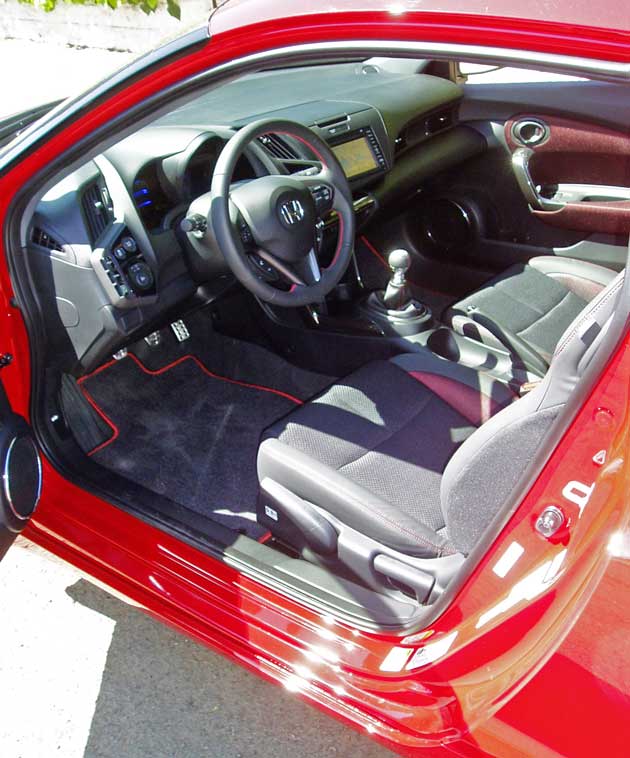 The CR-Z ?s interior was influenced by the cabin of the Tokyo Motor Show CR-Z Concept, especially the three-dimensional meter layout and driver-focused cabin. The instrument panel is high-tech and places many of the commonly used controls close to the driver?s hands, allowing for full concentration on driving. The dashboard of the new coupe delivers a complex and immersive form, with a dark upper portion appearing to float above a matte gray lower dash section that continues into the center of the inner door panels. All models receive automatic climate control, six-speaker audio system with compact disc player, USB input for iPod?, power windows and locks, and keyless entry. The 2013 Honda CR-Z Hybrid in EX trim adds a 360-watt high-power audio system including a subwoofer. Steering wheel-integrated audio controls, Bluetooth? HandsFreeLink, alloy pedals and more are included. The Honda Satellite-linked Navigation System with Voice Activation and 6.5-inch screen is available on the CR-Z EX. Different from CR-Zs in Europe and Asia, the North American model is exclusively equipped with a rear cargo console directly behind the seats. Small items such as briefcases, laptops or duffle bags may be stowed in a hidden storage area. 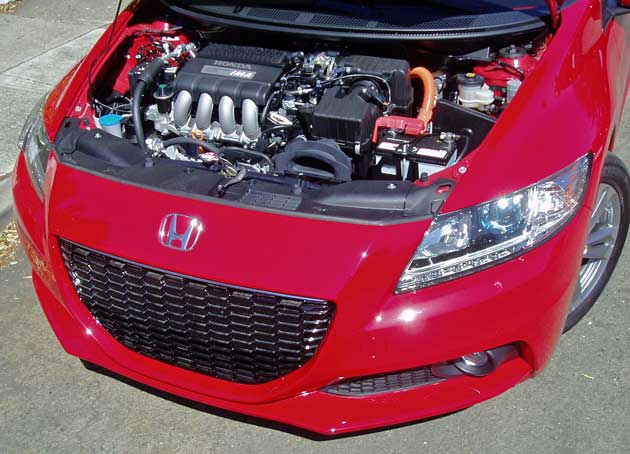 The CR-Z represents the sixth unique version of Honda’s original IMA technology since the launch of the 2000 Insight ? the first hybrid vehicle available in North America. The CR-Z joins the Honda Civic Hybrid, Honda Insight and Honda Accord Hybrid in Honda?s ?Green? stable. The foundation of the CR-Z’s hybrid powertrain consists of a 1.5-liter 4-cylinder, SOHC, 16-valve, engine with “intelligent” Variable Valve Timing and Lift Electronic Control that draws additional power from the IMA system’s 10- kilowatt DC brushless electric motor. The electric motor assists in acceleration and also acts as a generator during braking or coasting to capture kinetic energy that can recharge the 100.8-volt IMA nickel-metal hydride battery pack. The gasoline engine can automatically turn off during vehicle stops (idle stop) to improve efficiency. The system delivers a combined peak output of 122 horsepower at 6,000 RPM and 128 lb-ft. of torque at 1,000 to 1,750 RPM (123 lb-ft at 1,000 to 2,000 on CVT-equipped models). EPA- estimated fuel economy is 35/39/37 city/highway/combined miles per gallon on CVT-equipped models. Manual-transmission models achieve an EPA-estimated fuel economy of 31/34 city/highway miles per gallon.

The standard transmission is a six-speed manual (the first ever for a hybrid). An available Continuously Variable Transmission (CVT) provides the convenience of an automatic transmission with a seamless transition between minimum and maximum ratios, while also keeping the engine within an optimal RPM range for overall efficiency. To increase the performance potential of the CVT, steering wheel-mounted paddle shifters allow the driver to simulate a stepped holding pattern like a manual transmission with seven total increments.

The CR-Z’ provides a 3-mode drive system that enables the driver to select between individual modes of performance for Sport, Normal and Economy driving. The system is activated via three backlit buttons located to the left of the?styles.?The Sport mode enhances multiple vehicle systems for performance including the engine throttle responsiveness, electric power steering effort, the power delivery curve for the electric motor power assist and the CVT (available) ratio control. During Econ mode operation, the engine’s responsiveness is tuned for optimal economy, with the electric motor assist giving priority to fuel efficiency and the air conditioning system reducing its overall load on the engine. The inner ring of the tachometer transitions between blue and green when the vehicle is in Econ mode, with the green representing more efficient driving. Normal mode provides standard settings for steering, engine response, motor assist and air conditioning. As with the Honda Insight, the CR-Z offers an Eco Guide and Eco Scoring feature to help drivers track progress of efficient driving styles.

My test 2013 Honda CR-Z was in EX trim with Navigation and came with the 6-speed manual gearbox. The base sticker read $23,155 while the final price tag came to $23,945 after adding for Destination and Handling. The exterior finish was Milano Red, while the interior was executed in Gray and Silver mesh cloth with Charcoal and Passion Berry Pearl accents and bright aluminum pedals and trim.

SUMMARY:? The 2013 Honda CR-Z Hybrid is certainly more attractive than any of the other Honda Hybrid models in my opinion, as it displays a sportier persona and is sure to appeal to a more youthful consumer, although it wouldn?t be wise to rule out more mature buyers ? hey, cool is cool, and there?s no age limit involved in taste.

Driving the CR-Z is like driving any other car, except it offers more choices in terms of performance characteristics. I personally preferred selecting the Sport mode and using the wheel-mounted paddle shifters which provided more aggressive acceleration and shift points, in addition to serving up the sweetest exhaust note when prodded. The Normal and Eco mode buttons deliver the responses one would expect by their designation. 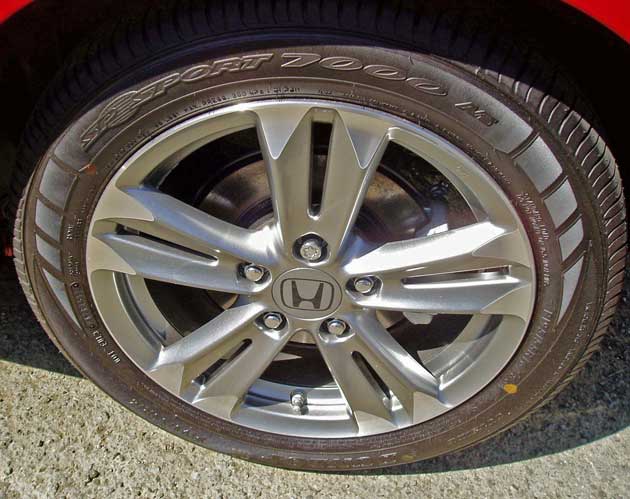 Handling characteristics are definitely on the athletic side of the equation, and the ride quality is comfortable ? not too harsh, and not too soft either. The CR-Z stays flat when cornering and inspires confidence when engaged in more spirited driving exercises.

The 2013 CR-Z?s racy styling draws lots of attention from all ages and both genders, and is fun to drive. In addition, due to its Hybrid composition, it is also economical to operate and comes with Honda?s reputation for dependability and reliability.
[wptabs style=”wpui-light” effect=”slide” mode=”horizontal”]
[wptabtitle] SPECIFICATIONS: 2013 Honda CR-Z 3-door EX/NAVI Gas/Electric Hybrid [/wptabtitle]
[wptabcontent] 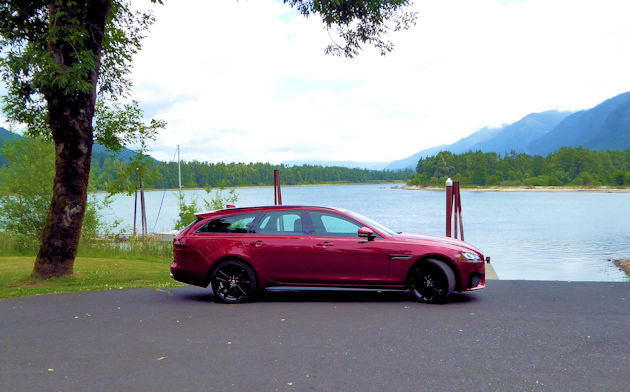 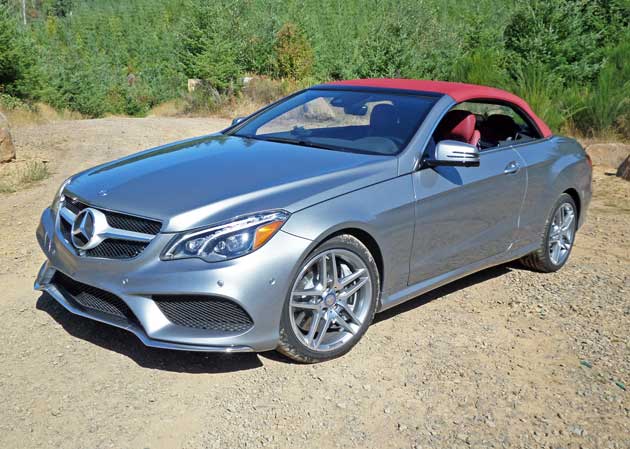