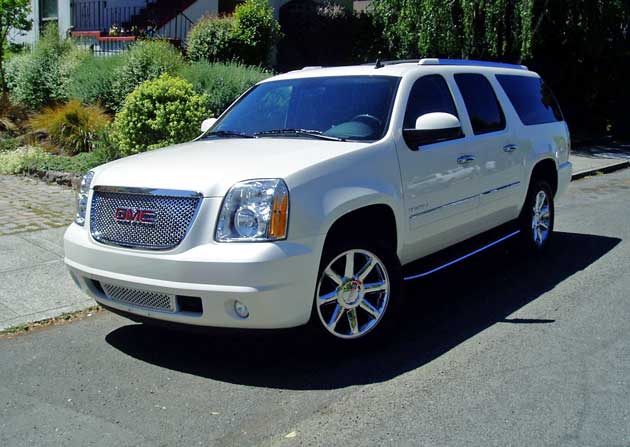 Let?s face it, not everyone wants or needs a full-size SUV. In fact, there are a lot of people who hate the very existence of such vehicles, but that?s another matter. For those of you who feel the need for a full-size SUV, or simply appreciate and enjoy the versatility and functionality of such a craft. You probably need to look no further than what GMC has to offer in that category. The 2013 GMC Yukon XL Denali AWD reigns at the top of the pecking order, with a full stable of remaining trim levels.

The GMC full-size lineup consists of the premium Yukon Denali and the Yukon XL Denali, offering accommodations for up to nine passengers, with the space and capability to transport their gear. Second-row power fold-and-tumble seats are available and are class exclusive. Each seat unlatches, folds and tumbles out of the way via an easy one-hand operation, facilitating easier access to the third row seating, which is standard for all Yukon models. All GMC Yukon and Yukon Denali models are available in either 2WD (rear) or 4WD (2WD and AWD for Denali. The extended length Yukon XL also comes in a heavy-duty 2500-series model.

Base Yukon models are built on a 116-inch wheelbase, with an overall length of 202-inches, enabling up to 108.9 cubic feet of storage space, with the second row seat folded and the third row seat removed. Yukon XL models display similar exterior dimensions to regular models, but provide roughly a 14-inch longer wheelbase along with an added 20-nches in length allowing for 137.4 cubic feet of maximum cargo space, with Yukon XL and Yukon XL Denali offering the segments best cargo capacity behind the first, second and third-row seats. 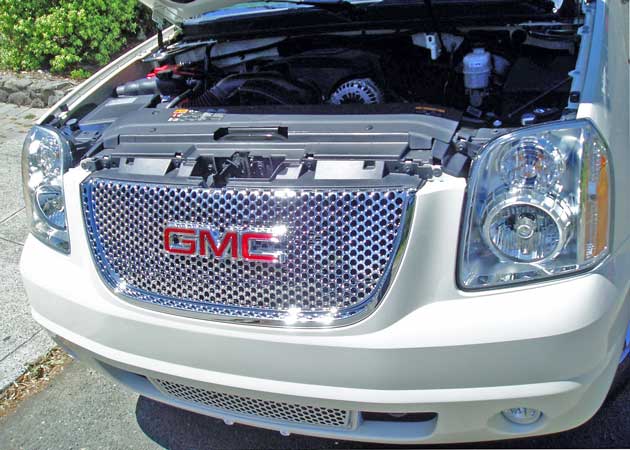 The entire Yukon lineup serves up a comfortable and secure driving experience by delivering responsive steering, a wide track and a low center of gravity. All Yukon models are built to tow. In terms of capability, the Yukon 2500 XL leads the pack with a maximum tow rating of 9,600 pounds. Yukon models can tow up to 8,500 pounds, and the Yukon XL is tow-rated at 8,100 pounds. New for 2013 is powertrain grade braking in the normal transmission mode, which was previously incorporated only when the Tow/Haul mode was activated. The new system utilizes engine torque to aid in slowing the vehicle on grade descents, helping to reduce brake wear. 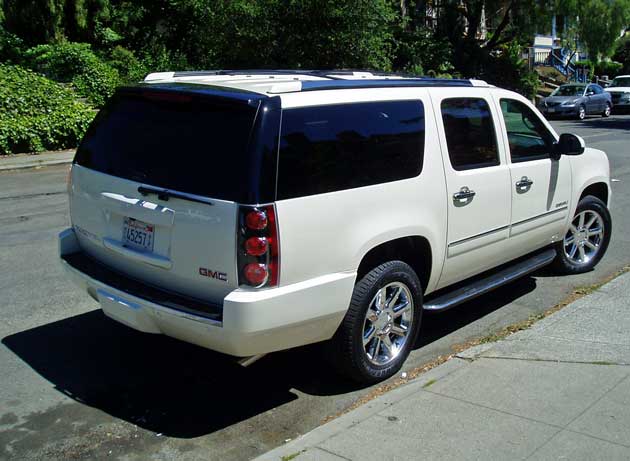 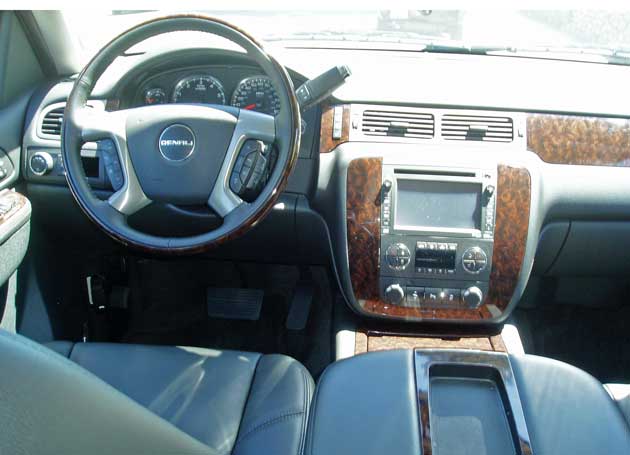 My test 2013 GMC Yukon XL Denali came with a White Diamond Tricoat (metallic) exterior finish, complemented by an Ebony toned interior. The base sticker read $61,860 while the final count and amount rose to $65,390 after adding for the Sun and Entertainment Package with: power sunroof,]; third-row DVD screen; an additional 9 months XM radio and NAV Traffic; and rear-seat entertainment system. The paint finish and destination accounted for balance in total cost.

SUMMARY: Should one happen to need or require more than the 2013 GMC Yukon XL Denali AWD has to offer, perhaps a viable alternative would be something on the order of a rock star?s custom diesel-pusher tour bus, and despite the fact the EPA estimates spending an extra $7,400 more in fuel costs over a five year period when compared to an average new vehicle, 13-mpg city and 18-mpg highway is pretty respectable considering this fully loaded 6,419 pound full-size SUV.

The 6.2-liter V-8 provides plenty of oomph, the transmission shifts smoothly, and the ride quality is quite sumptuous and comfy. The handling characteristics, though not on the same level as a luxury sport sedan, are impressive, responsive and confidence inspiring. 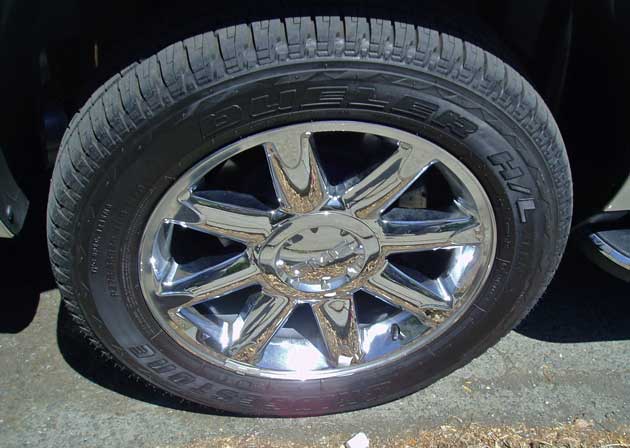 In the final analysis, the 2013 GMC Yukon XL Denali may well be the ultimate vehicle for large family treks and adventures in the lap of luxury. 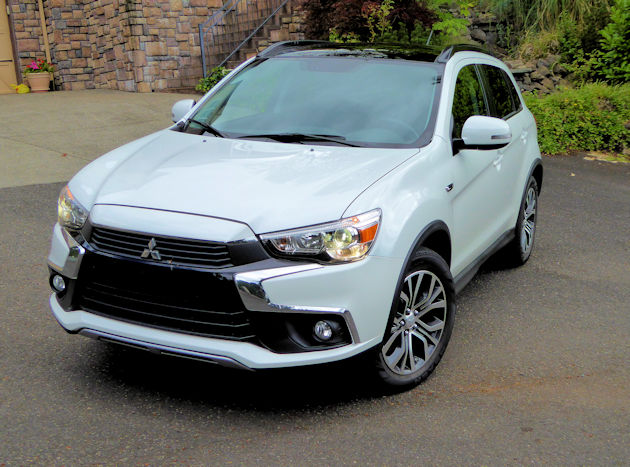