There is probably no car sold in the United States with a more recognizable look and name than the 2013 Ford Mustang. That’s an easy statement to make with more than 8.5 million Mustangs sold over the last 49 years. For someone shopping for a sports coupe or convertible that delivers a level of performance appropriate for the vehicle’s looks, 2013 Ford Mustang GT Coupe 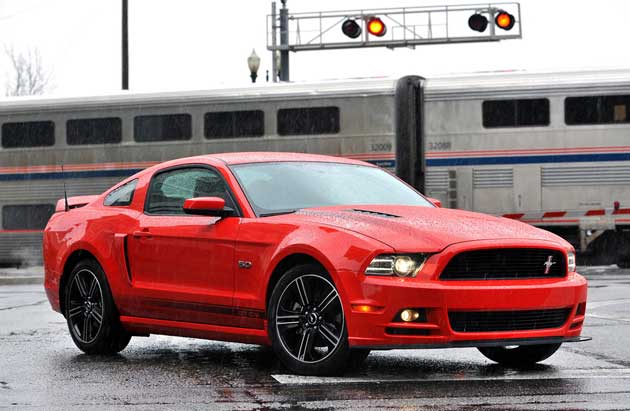 Since the original debuted in 1964, the Mustang has gone through a full range of iterations from cute little pony cars to hardcore muscle cars and nearly everything in between. Even the 2013 Ford Mustang model lineup includes 11?different models (including coupes and convertibles) ranging from the simple, but very potent V-6-powered base model, up through the mind-blowing 662-hp Shelby GT500. There’s even the latest version of the track-ready Boss 302 available. 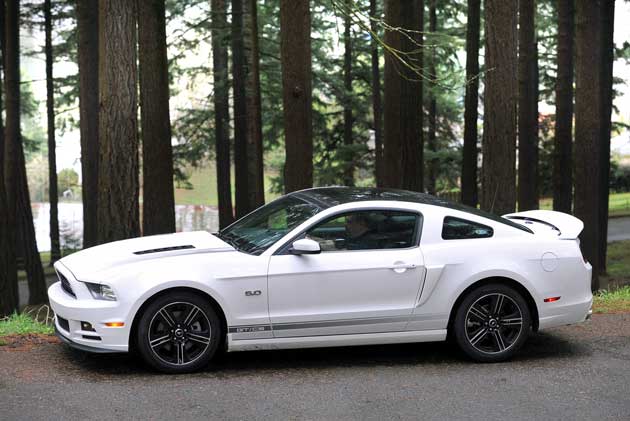 We recently spent a week driving the 2013 Ford Mustang GT Coupe Premium model with a six-speed automatic transmission. It had been a few years since we’d driven the Mustang other than for a few miles, so this was our first sampling of the latest generation. To our surprise, the new Mustang is very civilized, especially when you consider there’s a 420-hp, 5.0-liter V-8 engine tucked under the long hood.

For 2013, the Mustang gets new front and rear fascias, a more prominent grille, and splitter. The headlights are now a standard high-intensity discharge and the taillights are LEDs. There are also some cosmetic changes that distinguish this model from the previous one.

Every 2013 Ford Mustang is a performance car with different intensities. Don’t think of the V-6 powered Mustang as another pretty face. It’s powered by a 305-hp, 3.7-liter DOHC V-6 which makes the benchmark 0 to 60 mph run in just 5.3 seconds. It also has an EPA fuel economy rating of 19 mpg city and 31 mpg highway. The V-6 coupe prices start at $22,995, including the destination charge. 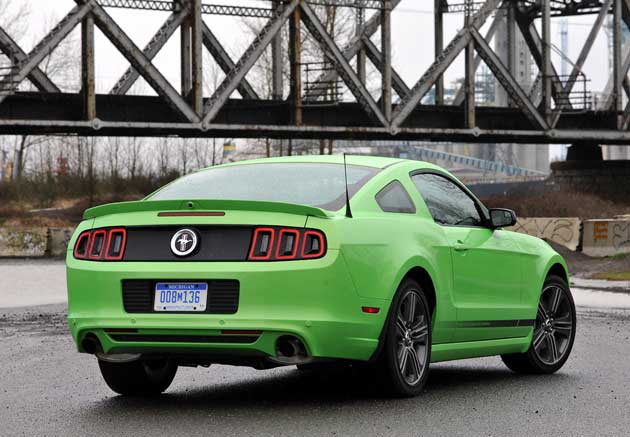 Not many years ago buff magazines were doing stories touting the 400 horsepower club made up mostly of exotic sports cars with price tags that rivaled house prices in some markets. Now we have a Ford Mustang (base price $31,545) with a standard 420-hp, 5.0-liter V-8 engine. The rear-wheel-drive sports coupe makes the 0 to 60 mph run in only 4.3 seconds. Fuel economy is 18 mpg city and 25 mpg highway. We actually averaged 19.7 mpg in our test car equipped with the six-speed automatic transmission after some very aggressive driving. The Premium model upgrade for the base or GT model is $4,000 more and the convertible is $5,000 more than the base price.

The six-speed automatic produces smooth positive shifts and can be shifted manually with a thumb-operated switch mounted on the side of the shifter. The transmission holds the gear until the driver makes the shift. The system works but we would much prefer steering wheel-mounted paddle shifters or at the very least gated shifter on the
console. 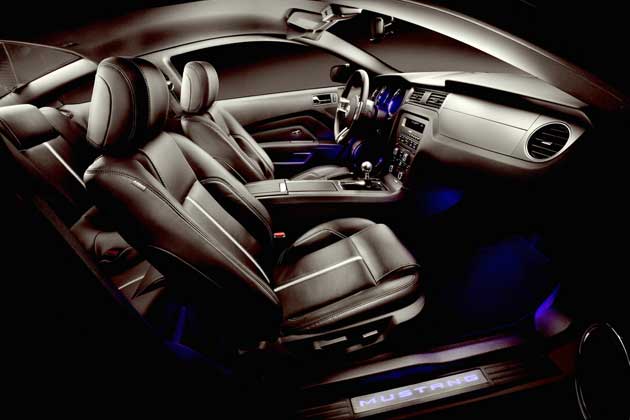 For drivers taking their GT to the track, there is an available GT Track Package for cars equipped with the?six-speed manual transmission. The package adds an engine cooler, upgraded radiator, performance friction brake pads, and the same Torsen differential that’s on the Mustang Boss 302. The package includes everything in the current Brembo Brake Package, with 14-inch vented front discs, unique 19-inch alloy wheels and summer performance tires. It also gets a 3.73 axle ratio. A stand-alone Brembo Brake Package is also available with either transmission. The manual
transmission models now also have a hill start assist feature.

The maximum performance model is the 2013 Ford Mustang Shelby GT500. This car is capable of accelerating from 0 to 60 mph in just 3.5 seconds, plus it has a top speed, according to the manufacturer, of 202 mph. A 5.8-liter supercharged DOHC V-8 engine is stuffed under the scooped hood with racing stripes. The engine produces 662-hp and 631-lb.ft. of torque. The price of supercar performance is amazingly low at $55,445 for the coupe and $5,000 more for the convertible version. 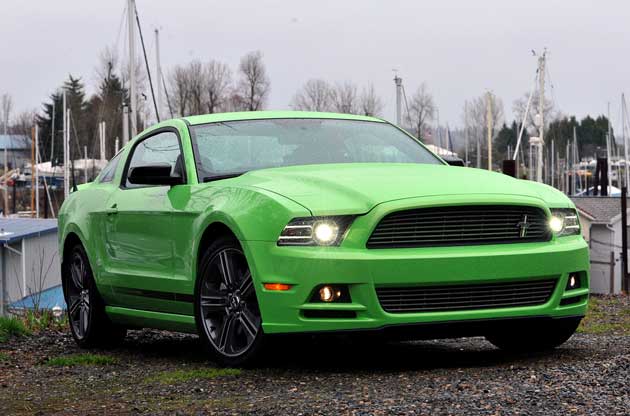 The Mustang styling is a sure attention grabber, but even more, we loved the sound of the powerful V-8 engine emitted through the dual exhaust system. The classic V-8 rumble made us want to sit there with the windows down tapping the accelerator and listening to the powerful exhaust note.

The 2013 Ford Mustang is basically a sports car. You can put people in the back seat, but as with almost all coupes, they aren’t going to like the space or the process of getting into the back seat. Cargo space is quite good,?however, measuring 13.4 cubic feet, or 9.6 cubic feet for the convertible.

New on the 2013 Ford Mustang is an available 4.2-inch LCD productivity screen mounted in the instrument?cluster to display fuel economy and vehicle performance information. It also includes: Track Apps to measures g-forces, acceleration times in quarter-mile and 0-60 increments, and displays braking times, complete with automatic and countdown starts. 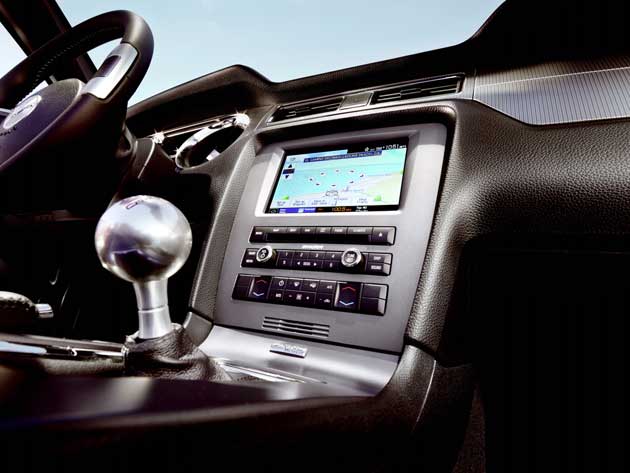 A feature we think is a must-have is the $2,340 Electronics Package which adds navigation, Sirius XM with traffic, Travel Link, HD Radio?. Other options include leather seating, Recaro Leather Sport Seats, and a variety of customization features. 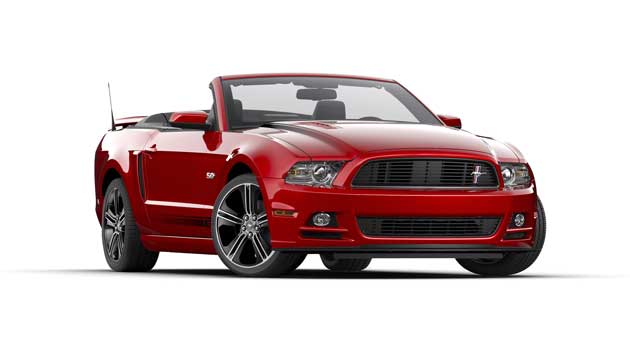 For someone shopping for a sports coupe or convertible that delivers a level of performance appropriate for the vehicle’s looks, the 2013 Ford Mustang is the car. It’s an amazing value, a fun car to drive and to be seen in. It also gets a Recommended rating from Consumer Reports magazine. 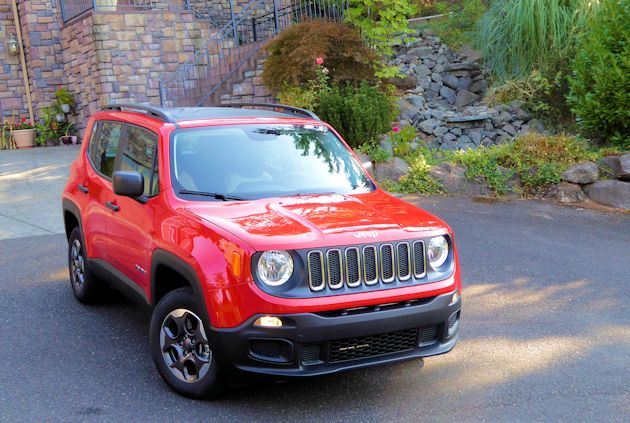 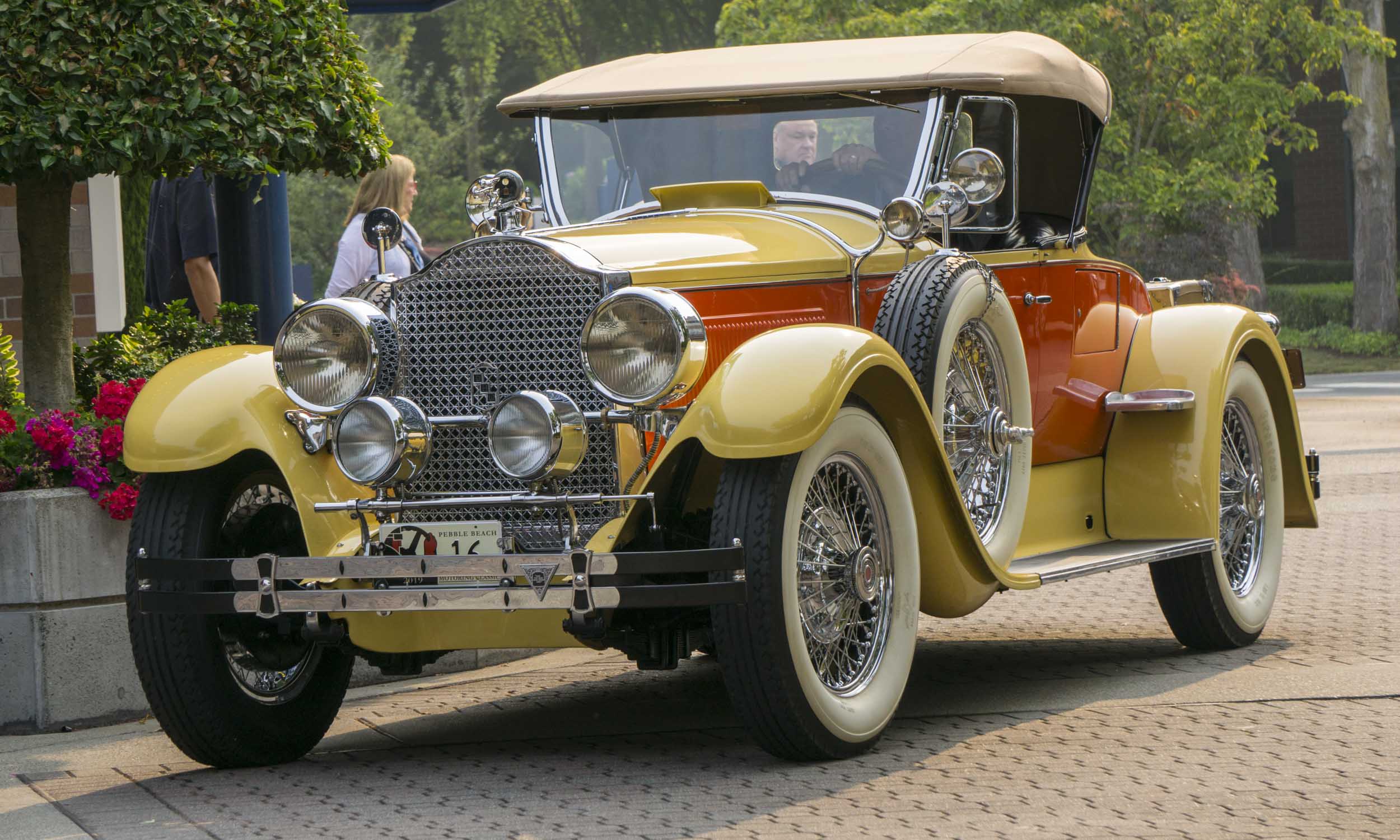