Much more than simply an entry-level vehicle 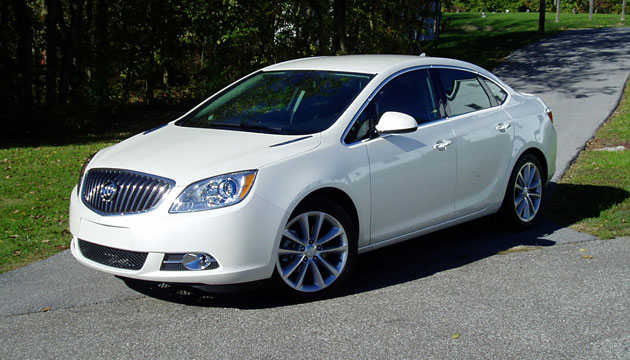 Louisville, KY – Buick?s all-new Verano is the brand?s third new model to bow within the last two years. It was introduced in 2011 as a 2012 model as the first compact entry into the luxury market segment for the GM marque. It was the latest model to represent Buick?s product renaissance, which began with the Enclave crossover, and was followed by the new LaCrosse luxury sedan and the Regal Sport sedan. The 2013 Buick Verano Turbo, might well be thought of as a mini-LaCrosse or Regal, serving up all the same luxurious amenities and technological features as its upper class siblings, but in a more diminutive and less expensive package. Its componentry is unique and specific, despite the fact that it shares its basic platform architecture with the Chevrolet Cruze. The 2013 Buick Verano Turbo displays the same recognizable sculptural design and styling cues as the rest of the Buick stable including: the familiar unique black chrome waterfall grille; bold, translucent blue projector beam headlamps; signature portholes; detailed chrome accents inside and out; two available designs of stylish custom18-inch alloy wheels that substantially fill up the prominent wheel wells (17-inch rolling stock is standard fare). The gracefully arched roofline flows from the sharply raked windshield to the sloping ?C? pillars, showcasing a sporty? overall profile. In essence, the design language delivers all the refinement and detailed craftsmanship as the rest of the stable, simply in a new, smaller size. 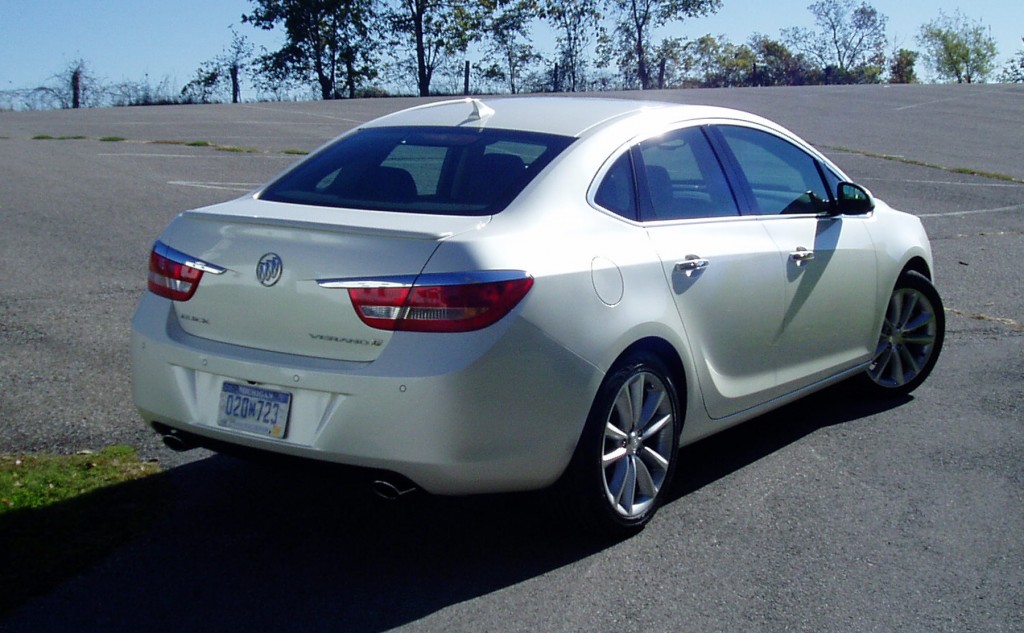 For the 2013 model year, Verano adds a 2.0-liter Ecotec, turbocharged, inline four cylinder Ecotec engine with direct injection and variable valve timing that cranks out 250 horsepower at 5,300 rpm along with 260 pound feet of torque at 2,000 rpm. The engine transfers power to the front wheels via a 6T50 six-speed automatic transmission.

Other features of the 2013 Buick Verano Turbo include: dual exhaust, sport pedals, a rear spoiler and all standard features from the Leather (1SL) and Convenience (1SG) models, including heated leather steering wheel and seats, premium nine-speaker Bose audio system, QuietTuning and other premium features. Verano comfortably seats up to five and is available in four levels of trim for 2013: a generously equipped base Verano (1SD); an uplevel Convenience trim (1SG); a Leather trim model (1SL); and Verano Turbo (Premium 1ST group). Starting with the Convenience group, Side Blind Zone Alert and Rear Cross-Traffic Alert crash-avoidance technologies are standard on all uplevel models. Options include: Premium Paint, Bose audio sound system, Nav system, a sunroof and an optional 18-inch wheel package. The 2013 Verano Turbo starts at $29,990.? Which includes a Destination charge of $895.

Buick?s IntelliLink is standard in all Verano models, including vehicles equipped with available GPS-enabled navigation system. Enhancements for 2013 integrate more functionality, including improved voice commands and additional SiriusXM Satellite Radio features. A rearview camera standard on all models, while Side Blind Zone Alert and Rear Cross-Traffic Alert is standard on Convenience, Leather and Premium models. There?s also a new look to OnStar buttons. 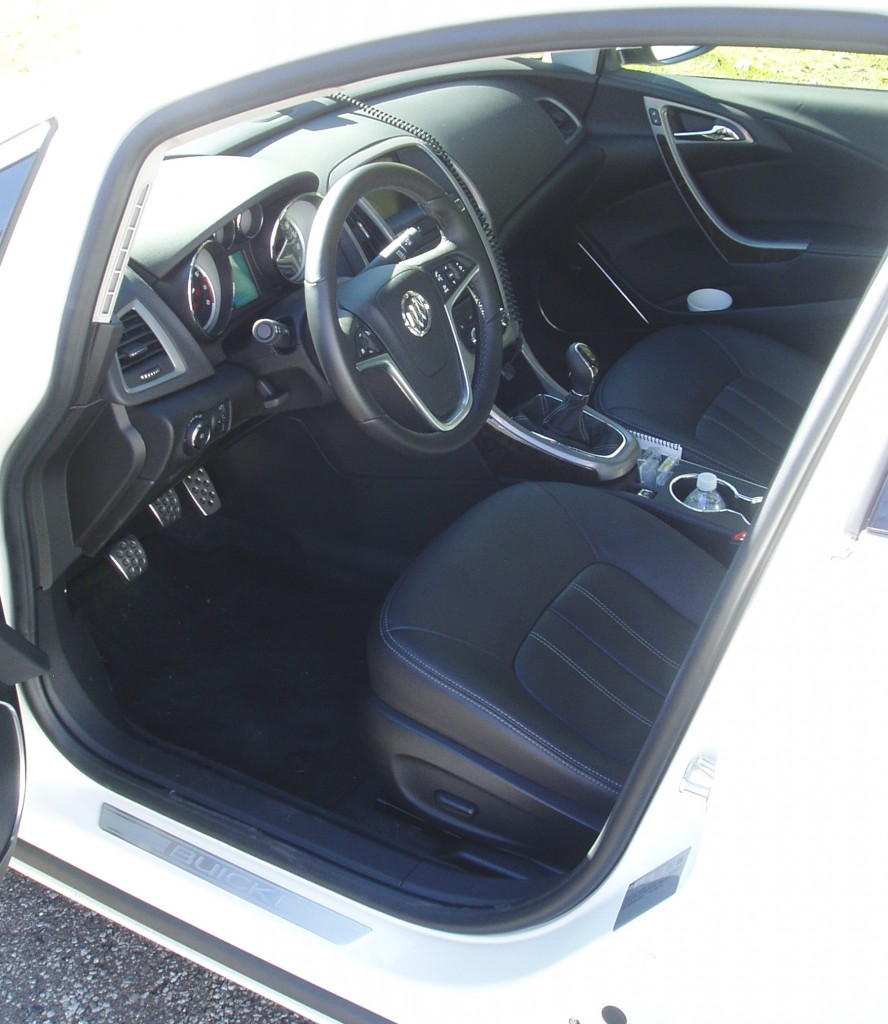 The interior is inviting and luxurious, with premium seat comfort and support specifically tailored for the compact sedan. The overall execution is upscale in soft-touch materials and premium leather, complemented by state-of-the-art infotainment, connectivity, such as the Buick IntelliLink, which uses Bluetooth or USB to connect the driver?s smart phone to a seven-inch LED high-resolution, full-color touch screen display radio that enables streaming stereo audio from the phone through services like PANDORA? Internet Radio and Stitcher SmartRadio? or any Bluetooth media device. and expressive ambient lighting. Metallic and wood trims warm the cockpit and cabin environment.

The instrument panel blends with an integrated center stack, housing the infotainment display, climate controls and radio controls. Neutral and medium titanium colors are offered on interiors with leatherette/fabric seating surfaces, while ebony, cashmere and a unique Choccachino color are offered on available leather-trimmed interiors. The headliner cover is made from a knit material, as one of five layers of an acoustically designed headliner that helps in quieting the passenger compartment, with the interior pillars and other moldings color- and grain-matched to the headliner. 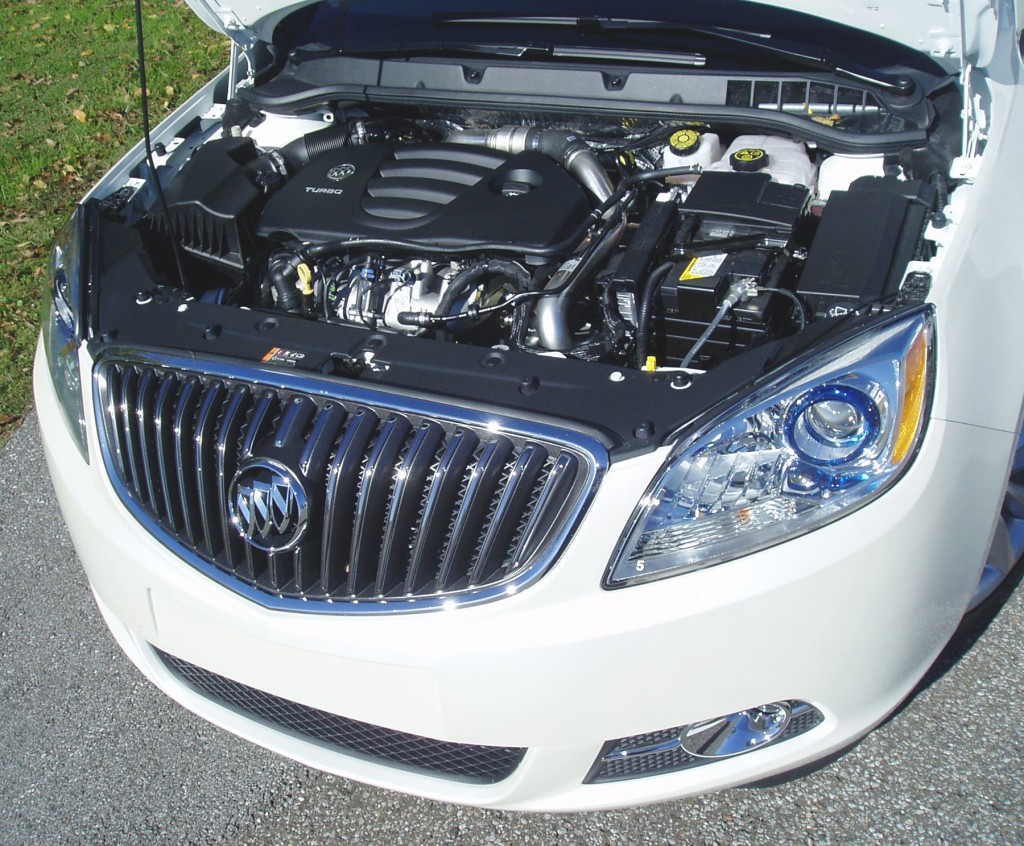 All Verano models except the Turbo version will be propelled by the same potent and fuel efficient 2.4 liter Ecotec, DOHC, 16-valve, VVT, Direct injection, in-line four-cylinder engine with E85 capability. The transversely mounted front engine delivers 180 horsepower at 6,700 rpm along with171 pound feet of torque at 4,900 rpm, and mates to a Hydramatic 6T45 six-speed automatic transmission that smoothly gears motive energy to the front wheels. Direct injection technology helps to produce more power with less fuel consumption and lower emissions ? including up to 25 percent reduced hydrocarbon emissions when compared with a multi- point fuel injection engine. ? My driving partner and I piloted a 2013 Verano Turbo with everything, sporting an exterior finish in White Diamond metallic tricoat, with a Black and Gray leather interior and faux polished wood trim accents. The base sticker read $29,105 while the Destination charge bumped the final total to $29,990.

SUMMARY:? My 2013 Buick Verano Turbo press launch experience took place in and around Louisville, Kentucky. Acceleration was swift without turbo lag or torque-steer, and the ride quality was most compliant, with an exceptional level of interior quiet. Handling characteristics were definitely sporty with good road holding capability and an athletic and nimble response from steering input. ? The cabin?s solitude is aided by acoustic laminated glass and innovative applications of noise reducing insulation, without totally isolating the driver and occupants from surface input.

Several new features for 2013 include enhanced Gracenotes capability, as well as available XM Travel Link (SiriusXM Satellite Radio subscription required) that provides refueling locations and prices, weather and movie theater locations. Other technologies complementing IntelliLink are an available nine-speaker Bose premium audio system with custom equalization and subwoofers; and OnStar-powered smart phone apps that help owners remotely control key OnStar functions. ? Despite the base car?s admirable performance qualities, the turbocharged version delivered superior performance attributes. The Verano is surely a welcome addition to Buick?s lineup. It is indeed a winner in the compact luxury segment, and in an affordable package. The Turbo model gets my top vote for best performance. 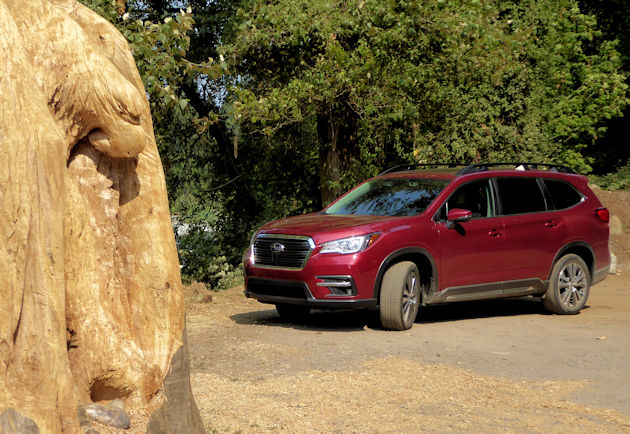 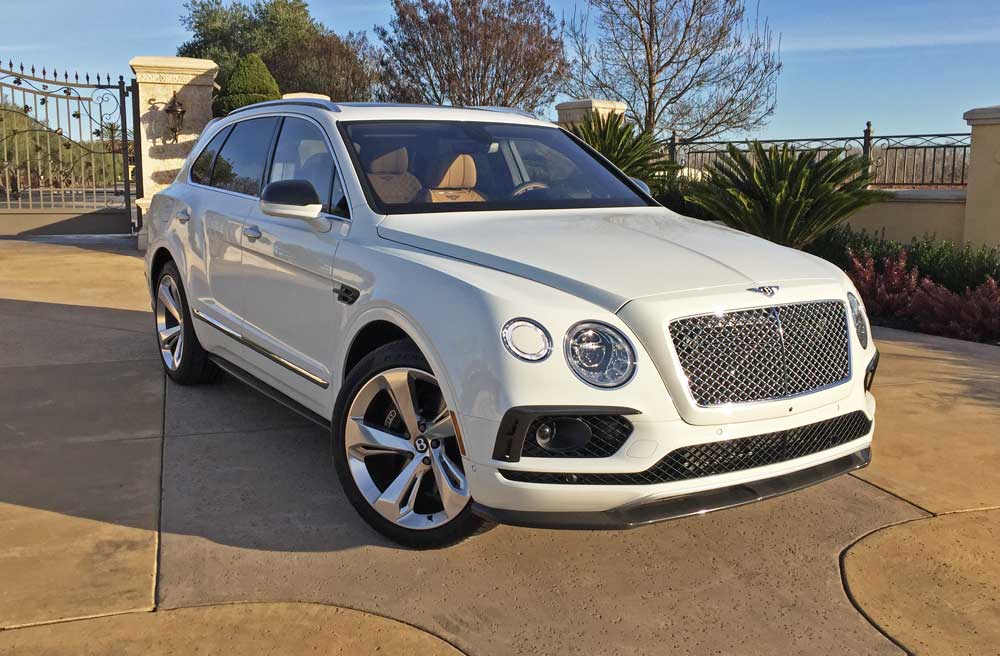