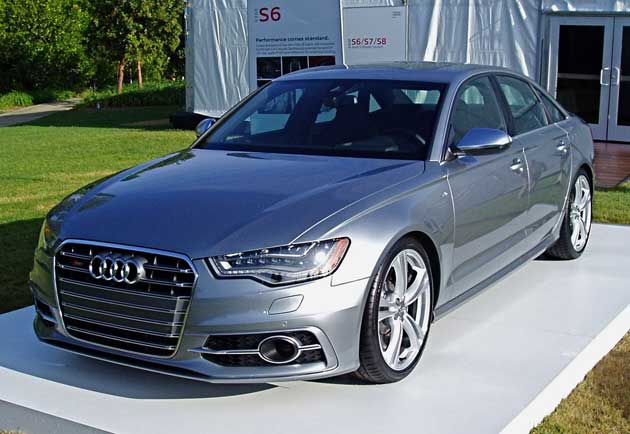 Westlake Village, CA- As with most auto manufacturers, there exists a model hierarchy within the Audi portfolio. ?A? prefix vehicles represent practicality, function and luxury; ?S? vehicles serve up higher levels of performance than those in the ?A? stable; ?R? designated vehicles are high end performers; and the ?RS? family of vehicles delivers heightened performance to a level of competitive capability derived from race-bred engineering.

?S? models display a stepped up ability and attitude, both visually and figuratively, without sacrificing any comfort, convenience or functionality. Audi of America recently staged a product launch for automotive journalists in Southern California, showcasing the top three ?S? model vehicles – theS6, S7 and S8.

All three are powered by a 4.0 TFSI direct-injection twin turbocharged V8 engine. The S6 and S7 sedan?s engines are virtually the same, producing 420 horsepower in a range between 5,500 and6,400 rpm, while generating 405 pound feet of torque from 1,400 to 5,200 rpm. Both vehicles are capable of moving from naught to 60 mph in 4.5 seconds with an electronically limited top speed of 155 mph. The S6 and S7 engines feature specific air intakes, cylinder heads, turbochargers, engine management and covers. 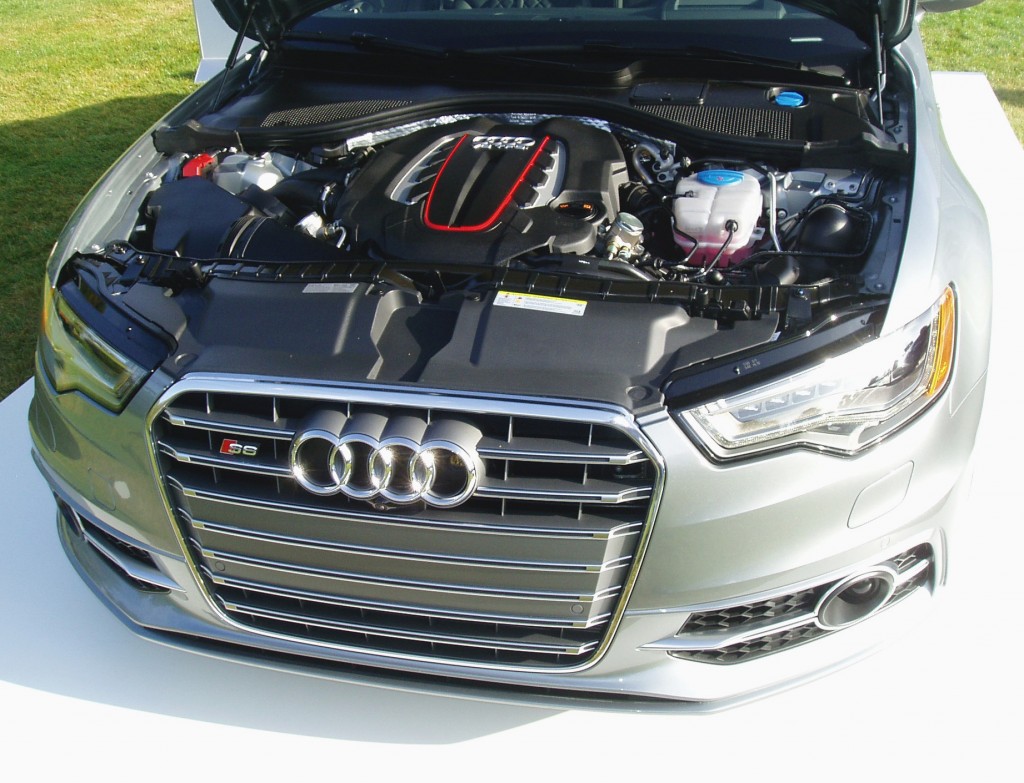 The engine in the S8 cranks out an additional 100 horses at 520 from 6,000 to 6,400 rpm along with 481 pound feet of torque from 1,700 to 3,500 rpm. The S8 travels from 0-60 mph in only 3.9 seconds with the same top speed limitation. The additional power output for the S8 is made possible by a larger crankshaft, larger internal turbocharger turbines, different cylinder heads and pistons, and a different bore and stroke.

In terms of design, the 2013 Audi S6, which we?ll feature in this review, sports a new unique S model Singleframe? grille with double horizontal chrome struts, flanked by larger, lower side apron air intakes with platinum gray horizontal twin bars. Side mirrors are executed in aluminum-optic and the rocker panels are S specific.? In the rear, an integrated lip spoiler appears on the short deck lid, and a lower?platinum gray diffuser displays quad exhaust pipes with chrome finished tips and a chrome trim horizontal bar visually connecting them. 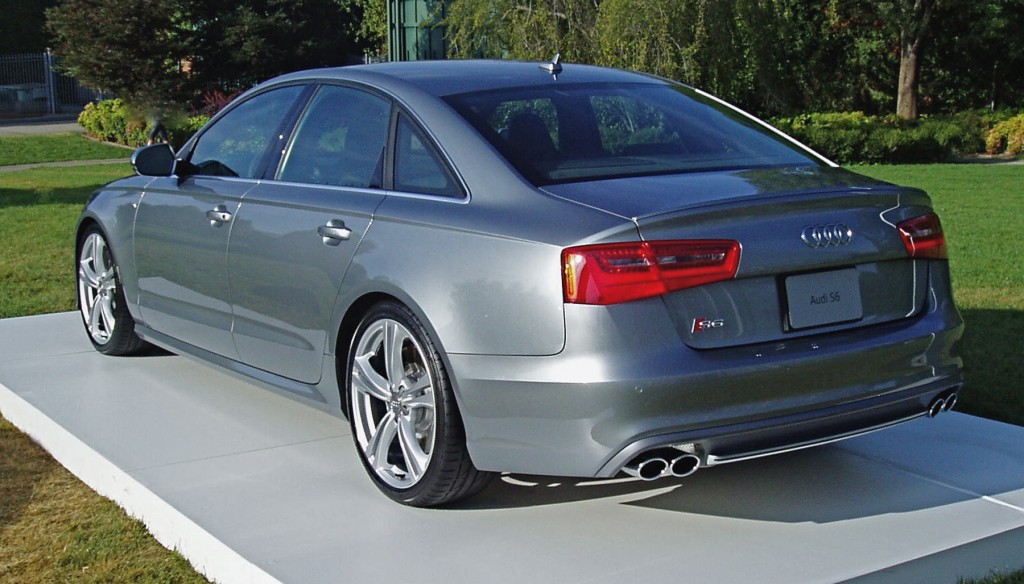 Moving to the interior, there is an S6 specific gray instrument cluster with white needles and emblem, a three-spoke multifunction sport steering wheel with contrast stitching, aluminum pedals and aluminum finish, wheel-mounted shift paddles. The starter button appears on the right side of the console with a red ring and gear selector lever executed in leather and chrome. Carbon Atlas upper is optionally available and the S seats are diamond stitched leather front and rear. Progressive technology includes Audi MMI? Navigation plus and Audi connect with Google? Local Search. Also included is Audi Drive Connect which allows the driver to set up the car?s performance and ride characteristics to his or her own taste and driving style. 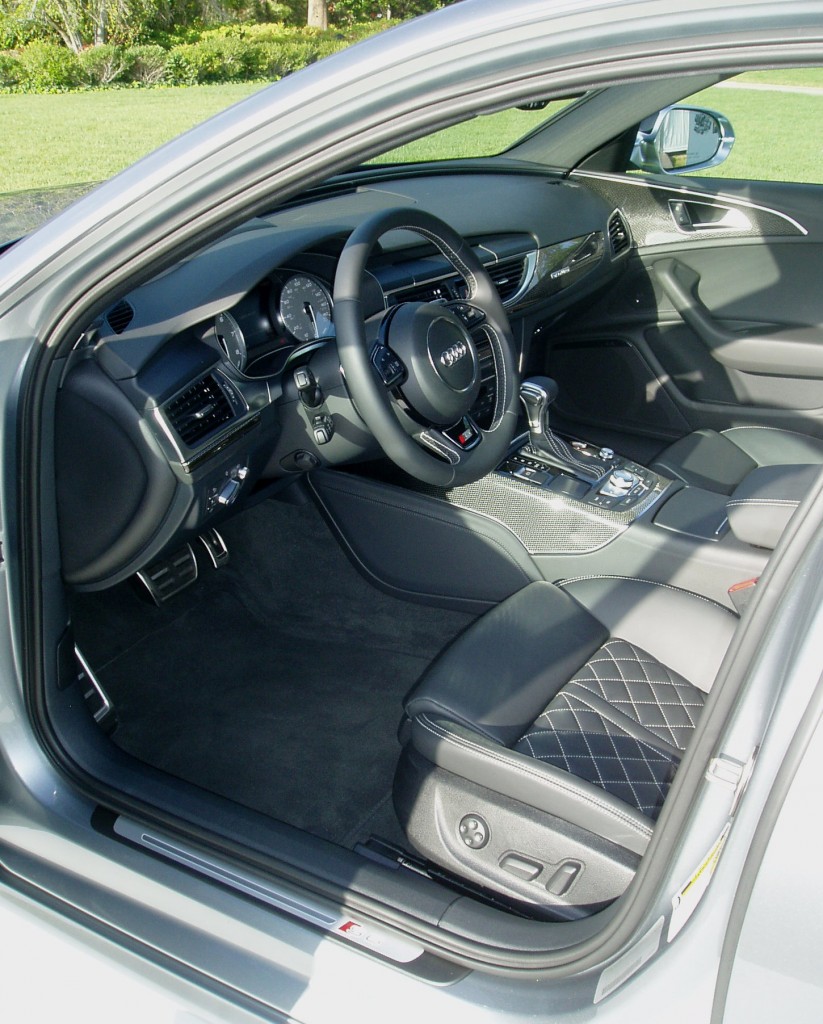 My test of the?2013 Audi S6 sedan was sprayed a rich Estoril Blue Crystal Effect metallic outside and featured a Black interior with Caron Atlas trim accents and inserts. The base price was set at $71,900 while options such as: the paint; Driver Assistance Package with Audi Adaptive Cruise control with Stop and Go, Audi Pre-Sense Plus, Audi Side Assist and power folding exterior mirrors; LED headlights with LED daytime running lights; 20-inch alloy wheels; Carbon Atlas inlays; and Destination charge boosted the final sticker to $79,270.

SUMMARY: Two hour drive routes were programmed into each car?s Nav system to allow total focus on the driving experience. Drive routes varied per vehicle to best suit capabilities and features. The S6 route took in a little of everything in terms of driving scenarios – freeway, city, and challenging, twisty mountain roads.

Of the three S models tested, the S6 turned out to be my overall favorite, based on its incredible balance of power and handling characteristics. My driving partner and I experimented with the Audi Drive Connect, accessible through the MMI in all settings, and the Dynamic mode was the most rewarding, when it?came to spirited driving. Shift patterns, ride quality, steering input and exhaust note all benefited from the Dynamic setting. In fact, the S6 is so efficient in shifting up and down intuitively and automatically, that to use the paddle shifters was totally unnecessary, as neither of us could even come close to matching the car?s timing and capability. All we had to do was accelerate, brake and steer, while the car sensed what gear was needed in any given situation. 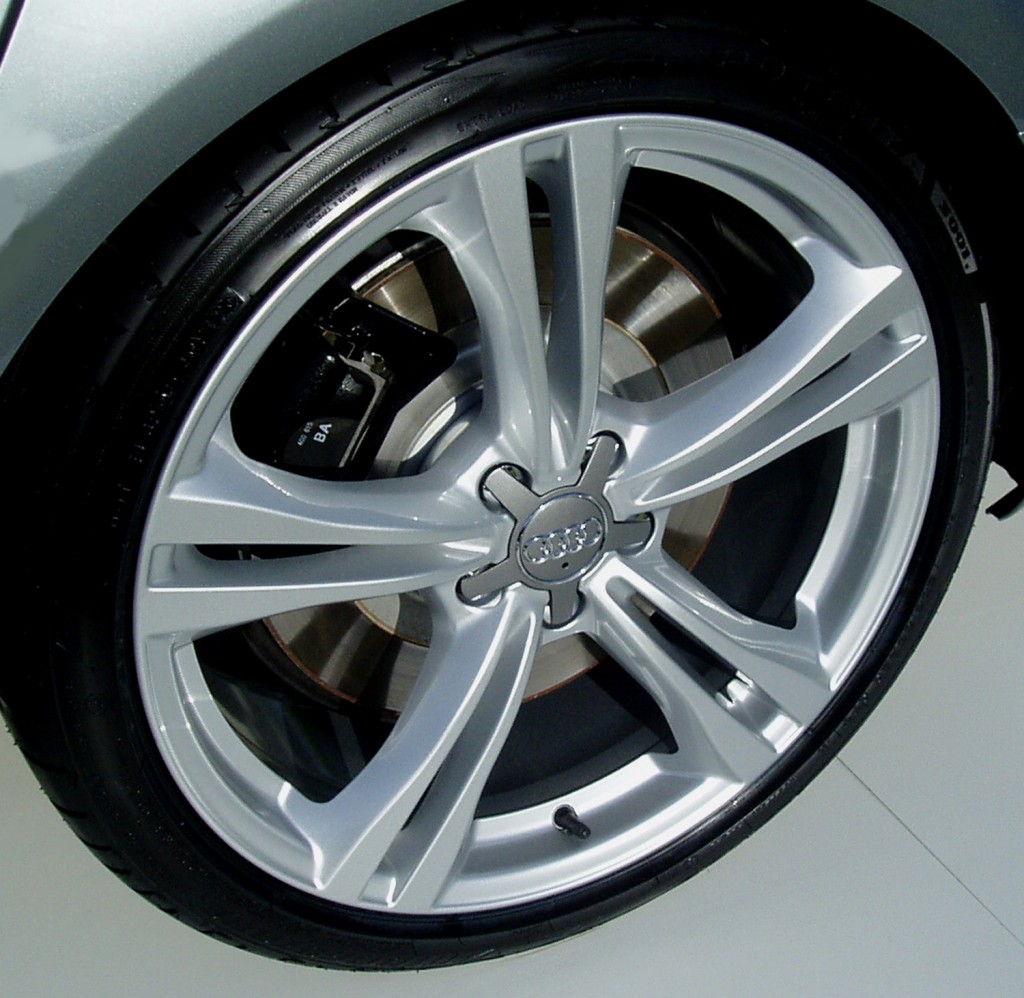 Not only is the 2013 Audi S6 sedan a virtual rocketship in the acceleration department, it is extremely comfortable and supportive while it adeptly handles road conditions with stability, positively bolstering one?s confidence, and seemingly one?s driving ability. The S6 stops as well as it goes, stopping on a dime, while offering change.

There?s another German auto manufacturer that claims to offer the ?ultimate driving machine?, and the S6 could well negate that claim, because it delivers an ultimate level of performance and satisfaction all its own. The only shortcoming that I noted was that it would definitely benefit from a second power outlet set further forward than the center console?s center storage, to facilitate a radar detector?s cord without stretching it to the limit. . Given that tiny flaw, the 2013 Audi S6 is drop dead gorgeous and sexy to boot, while doing everything exceptionally well. 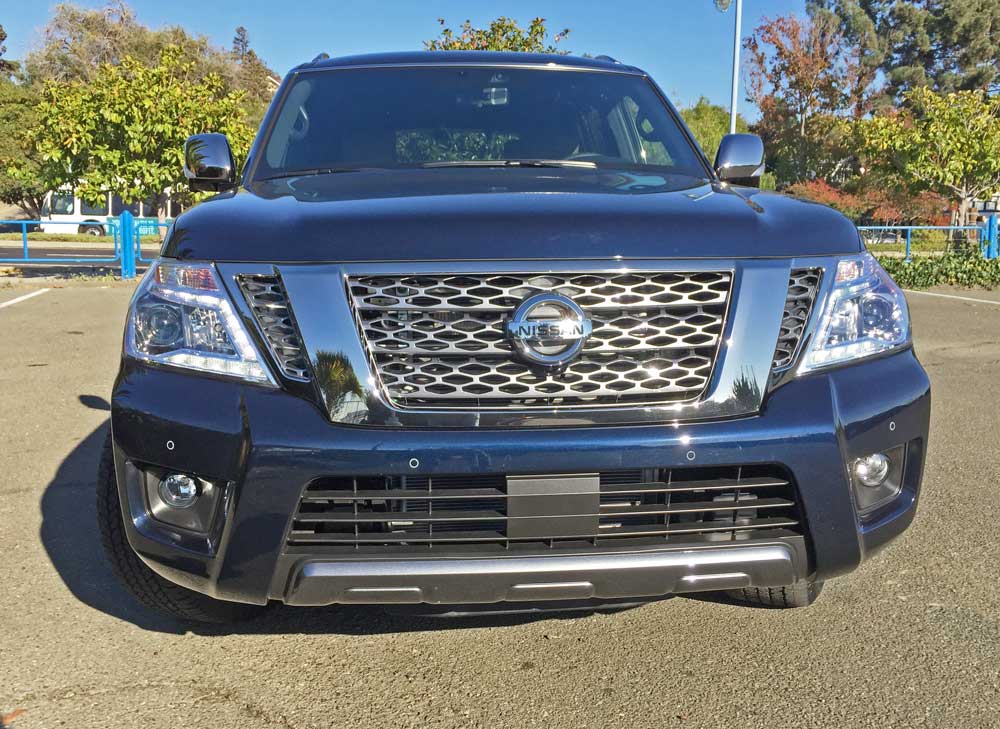 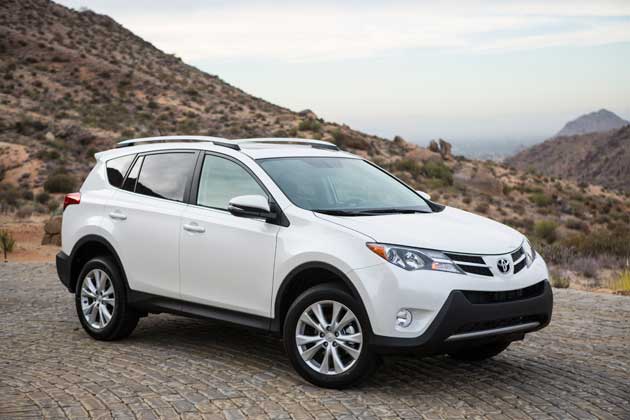