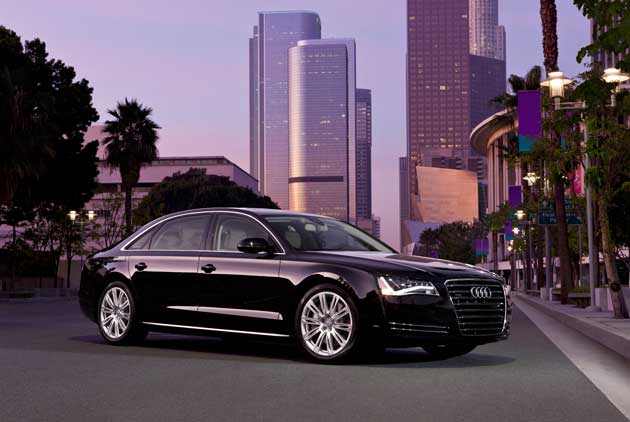 Sure, we expect the big sedan to be comfortable, quiet, roomy, posh and all the other luxury car adjectives, but we don?t normally associate it with fast and agile, especially when it?s powered by a 3.0-liter V-6 and weighs well over two tons.

Taken as a whole, the other components (supercharger, adaptive air suspension and quattro all-wheel drive) seem to make magic and as result, the 2013 Audi A8 L is one of the most impressive big luxury sedan?s we?ve driven.

Certainly, we like the performance, especially from an engine that gets an EPA rating of 17 mpg city and 28 mpg highway, but it?s the overall character of the Audi A8 that makes it memorable. 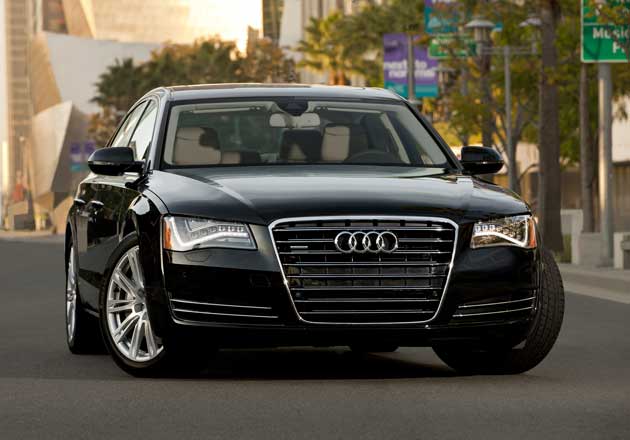 At 207 inches long, the A8 L is five inches longer than a Chevy Tahoe (and the Audi A8), but on the road it feels much more agile than we?d expect. The highway ride is comfortable and supple, while maintaining excellent composure on all surfaces and even through tight corners. On the narrow mountain road we use for testing, it feels more like a smaller sport sedan than a limousine-style sedan. Many of the sophisticated manners come from the adaptive air suspension and multi-link front and rear suspensions. Audi?s quattro all-wheel drive system helps handling further by maintaining excellent traction on all types of road surfaces and conditions.

When included with the S8 performance version, the Audi A8 series is available with four engine choices including two turbocharged 4.0-liter V-8s and a W12, which are rated at 420-, 520 and 500-horsepower respectively. They also boast 0 to 60 mph acceleration times of 4.7- 3.9- and 4.4-seconds. However, our new favorite is this little 333-hp supercharged V-6, which is also fast, boasting a 5.5-second 0 to 60 mph time. The 3.0-liter engine (that?s a half-liter smaller than the V-6 in a Toyota Camry or Honda Accord) is amazingly responsive, quiet and smooth. It also gets better fuel economy, but just slightly better, than the two turbocharged V-8s. 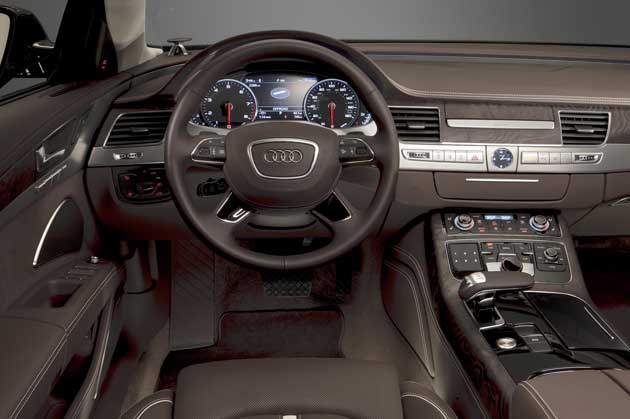 The Audi A8 L is a ?looker? with classic Audi sedan features and stately elegance. We especially like the new high beltline accented by a sharp crease.

Inside, it would not take much to be persuaded to give up the front seats in favor of the opulence of the rear seat. Soft leathers, luscious woods and plenty of room are certainly enticing. For those so inclined to give up the wheel or ?shotgun?, the rear bench of the A8 L can be replaced with the optional Executive Rear Seating Package ($3,200). This adds two adjustable seats with memories, entertainment package, four-zone climate control, refrigerator and even a ?relaxation? seat (right rear) that reclines and even has a power footrest. 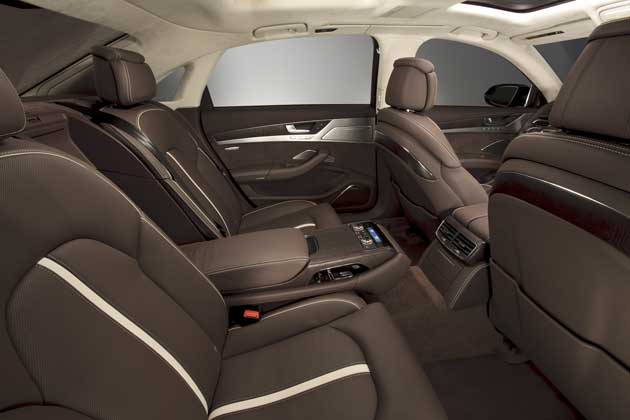 The driver gets a big share of the accouterments, too, with beautiful leathers, French stitching and wood trim, that really is wood. We also like the Audi MMI system that controls the audio, communications and vehicle settings. It?s easier to operate than many other systems we?ve tried. 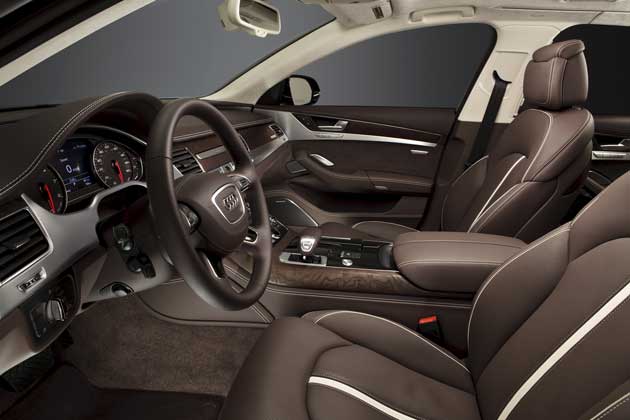 The 2013 Audi A8 L is a beautiful piece of machinery ? fun to drive and extremely comfortable. Someone shopping for a luxury car will have to go a long way to find something better. 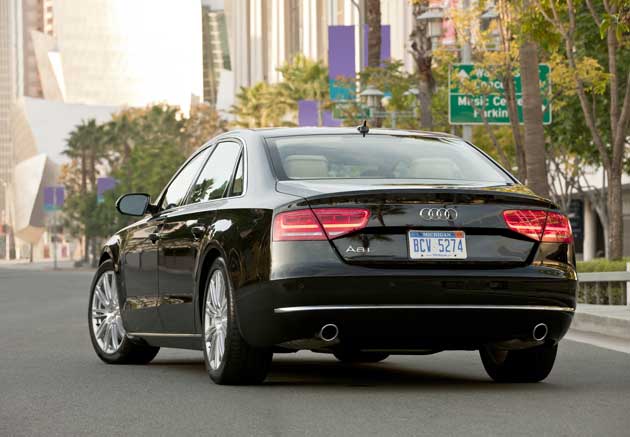