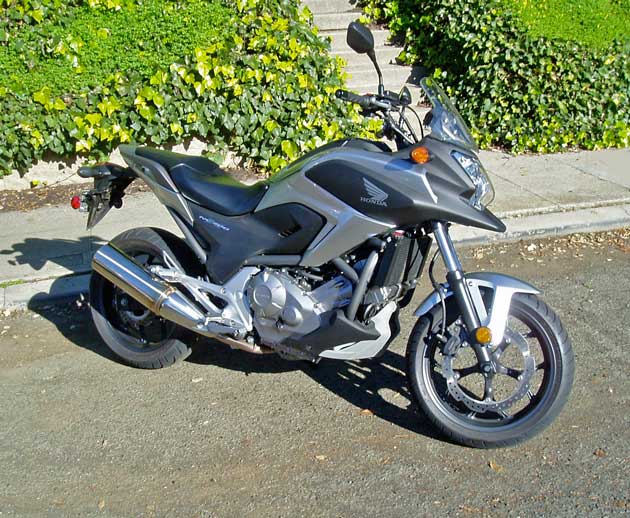 Visit Las Vegas, Reno, Atlantic City or virtually any indian casino and triple sevens make one a winner when playing the slot machines. Honda’s new motorcycles, the Honda NC 700X and NC700DX are classified as adventure style bikes, but some may view them as a sport bike, an urban assault commuter, a country road explorer or a two-up tourer? or all of the above. Okay, what constitutes the triple seven reference? Well, the base NC700X sells for $7,000 (okay – $6,999, which is even better. Its motor is 700cc (all right, 670cc, but that’s close enough for a good game of horseshoes) and it gets 70 mpg (Honda only claims 64 mpg, but some more frugal riders have managed to average closer to 80 mpg).

The under-square parallel 670cc, SOHC, four valves per cylinder, liquid-cooled parallel-twin features PGM-FI (fuel injection) with a 36mm throttle body and digital transistorized ignition with electronic advance that cranks out a healthy dose of low end torque, topping out with a 6,400 rpm redline. The motors are the same for both the NC700X and NC700DX, but the transmissions are entirely different – the NC700X comes with a conventional 6-speed sequential manual gearbox, while the NC700DX features a new, dual clutch automatic transmission (DCT) that operates in a fully automatic mode, or may be manually shifted utilizing four handlebar mounted switches that allow the rider to select either a Drive or Sport mode, each featuring different ECU mappings. 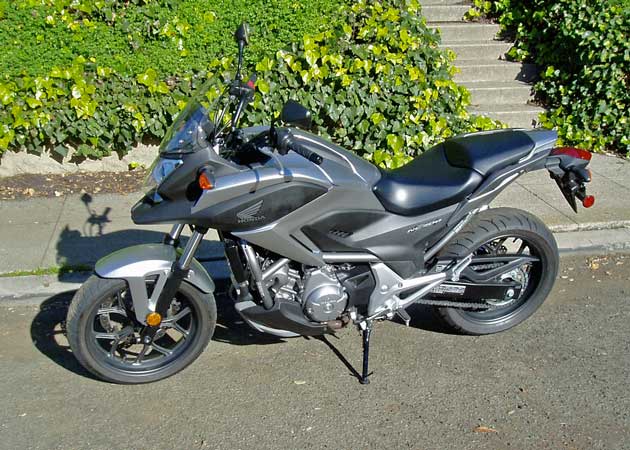 While the optional DCT transmission represents a substantial investment by Honda in the hopes of attracting new riders, the basic premise of the NC700X is simplicity in a very pure form. The chassis is conventionally constructed of steel and the NC700X’s weight is low at 474 pounds wet (ready to ride with all fluids- 505 lbs. for the NC700XD), the final drive is chain, and the seat height is a moderate 32.7-inches, with wide handlebars set at a comfortable height and foot controls well placed to accommodate a variety of rider physiques. The bike’s overall mass is low, resulting in easy control and maneuverability. 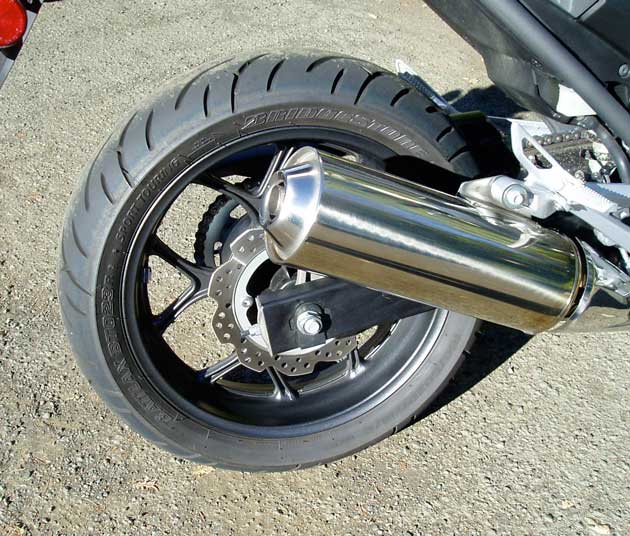 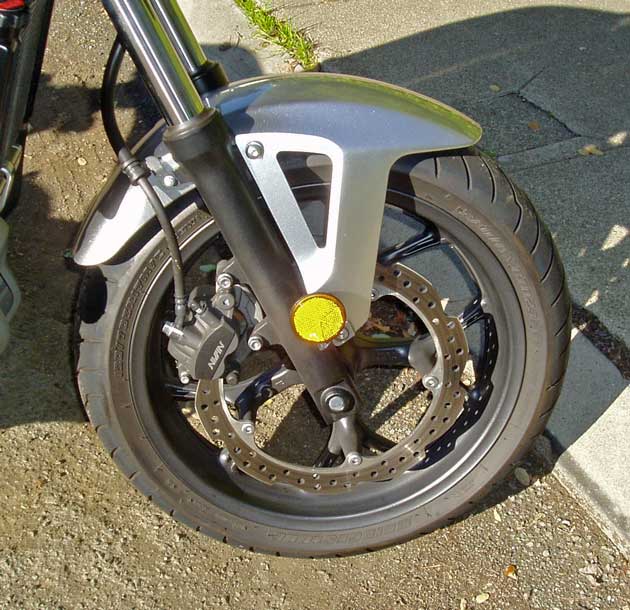 The bike measures 86.5 inches in overall length, with a wheelbase of 60.6 – inches. Fuel capacity is 3.7 gallons, which should be good for a range in the neighborhood of at least 250 miles. 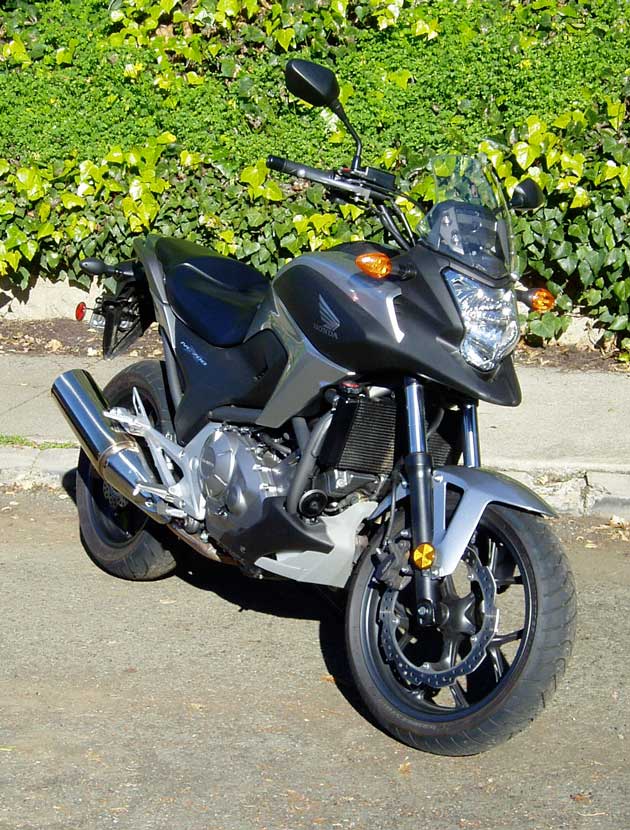 My test bike was the NC700X model, with the conventional 6-speed sequential manual gearbox. The primary finish was executed in Silver metallic with Black wheels and accents. The base sticker of $6,999 will rise with dealer prep and handling costs, which can vary from dealer to dealer – figure a total of around $7,249.

SUMMARY: The Honda NC700X is not only appealing to the eye in terms of its styling, but to one’s riding sensibilities as well, including ride comfort, handling characteristics not to mention practicality and functionality. 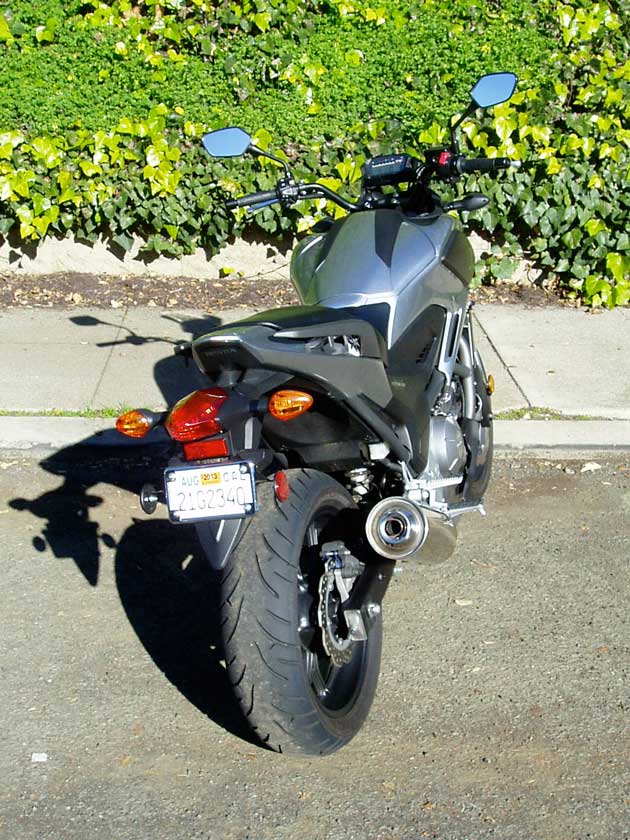 The bike is compact, with a low center of gravity, which contributes to its agility, as well as to its balance. Acceleration is easily and smoothly controlled thanks to the linear torque and easy clutch operation. Getting rapidly up to 75 mph poses no problem, while cruising at low speed without any surge is also enjoyable. Gear changes are also smooth and positive in either direction. Suspension travel soaks up ruts and potholes with ease, cutting down on any potential discomfort on a long ride.

The seat height, though moderate by general standards might prove to be a stretch for riders who are vertically challenged – at 6’4”, I was able to touch down without issue, but didn’t have a lot a lot of extra flex in the knees.

The NC700x’s riding position is upright and very comfortable, with bars and controls within easy reach, and what appears to be the fuel tank is actually a large locking storage bin, capable of holding a 2X full face helmet. The fuel filler access is locked beneath the passenger pillion. Both are are accessed by a single key – turn to the right and the forward bin unlocks, turn left and the fuel filler is accessible. The ignition operates via a separate lock cylinder, but with the same key, which is also used to lock the front forks. 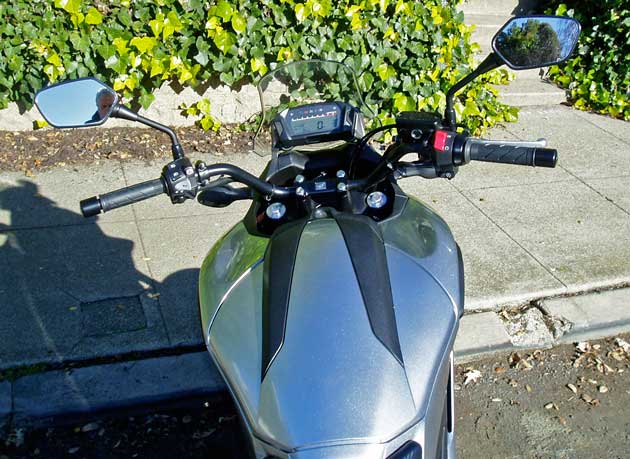 In the shortcomings column, the NC700X’s mini fly-screen is of little benefit to tall riders, and a gear indicator would be an added plus, as would self-canceling directional signals. Small issues indeed for such a highly desirable motorcycle.

Honda has hit a home run with this good looking adventure-style bike, that rides as good as it looks, and I would certainly be happy owning one, due to its ease of operation, fun-to-ride factor, and stellar fuel economy. It’s an ideal ride for the beginning rider or for more experienced types as well. 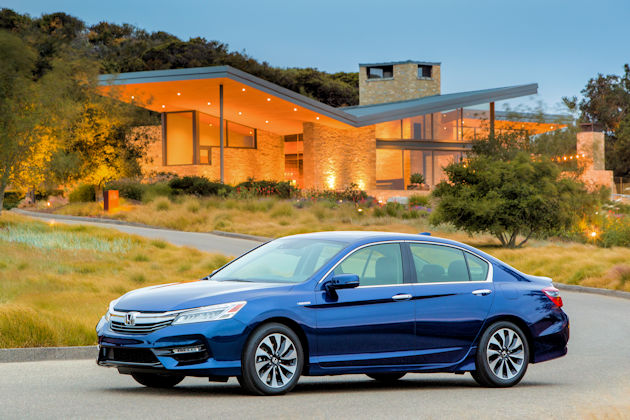 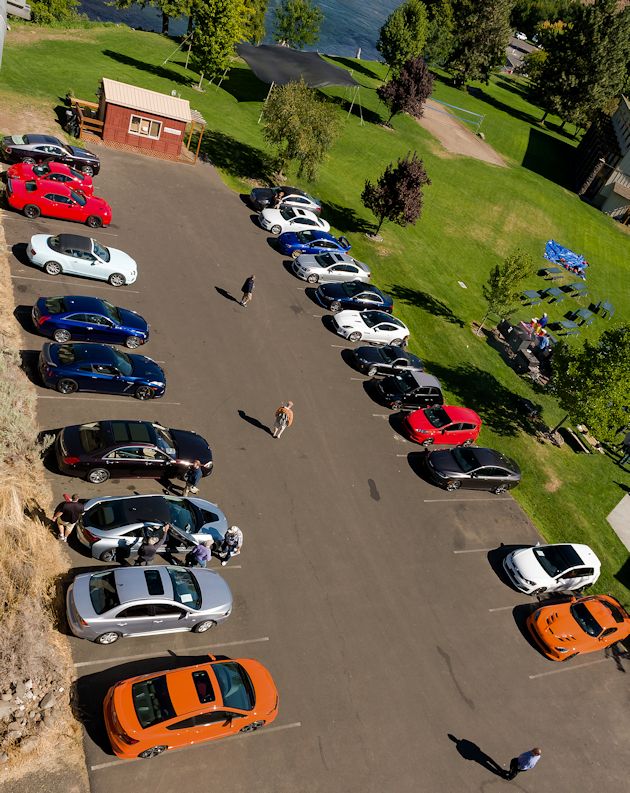