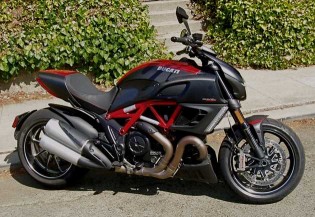 When one first beholds Ducati?s Diavel in any of its trim levels, it?s more than just a little intimidating. Is it a sport bike? A Cruiser? Is it a touring bike? Is it a naked bike? The answer, is that it?s really none of the aforementioned In reality, it?s a blend of all these and more. Officially, the Diavel translates as ?Devil? in Bolognese, the Italian provincial area from where it comes.

The 2012 Ducati Diavel comes in four levels of trim: a standard model; the Diavel Chromo; the Diavel Carbon, which is available in both Red and Black (I guess you could count that as two in one). There?s also a special AMG edition of the Diavel, but now that Audi has purchased Ducati, beating out Mercedes-Benz, it likely won?t get a great deal of attention. 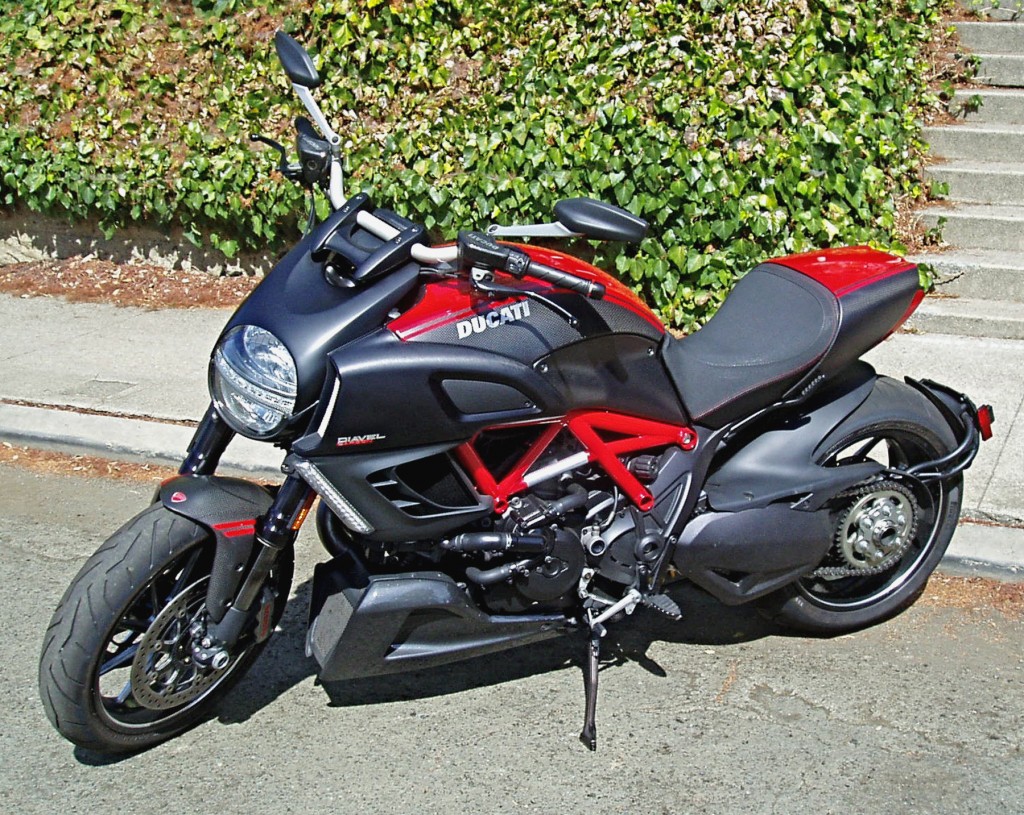 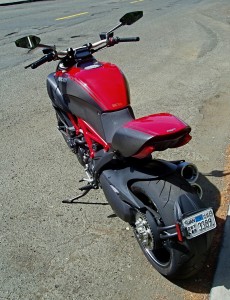 The motor cranks out 162 horsepower at 9,500 rpm along with 94 pound feet of torque at 8,000 rpm. Power reaches the rear wheel via a six-speed sequential manual transmission with straight cut gears, with a 1.84:1 ratio. The clutch is a light action, wet, multiplate with hydraulic control, featuring servo action on drive and slipper action on over-run. The final drive is chain, with a 15 tooth front and 43 tooth rear sprocket. The bike?s 0-60 mph capability is 2.5 seconds, with a top speed of 155 mph limited by the gearing.

The 2012 Ducati Diavel Carbon Red features a gloss red finish over matte carbon with a red trellis tube frame. Carbon fibre is used for the tank panels, single seat cover and front mudguard, reducing unsprung weight by 5.5 pounds. The bike exhibits the true nature of the original concept, combining performance with style and celebrating the best of Italian engineering, utilizing lightweight composites along with milled aluminum componentry. Ducati?s DNA is reflected by a race-like feature – the low friction, diamond-like carbon finish that gives the Marzocchi fork sliders an impressive appearance and performance-enhancing action. 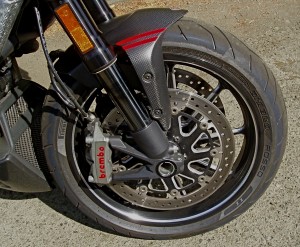 The black disc carriers that are similarly milled contrast nicely with the natural aluminum color of the cutouts. Suspension elements are Marzocchi 50mm fully? adjustable usd front forks and progressive linkage with fully adjustable Sachs monoshock and aluminum single-sided swingarm in the rear. 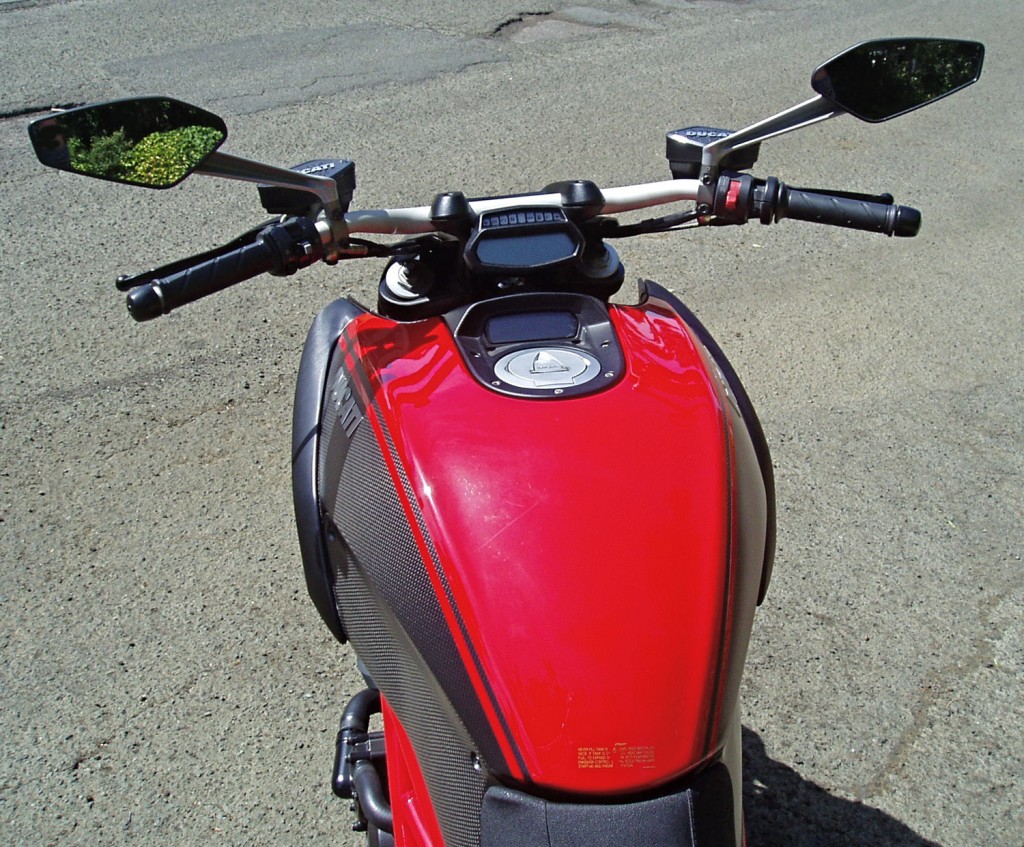 Ducati?s racing derived Traction Control serves as a filter between the ride by wire throttle and the rear wheel, detecting and controlling wheel spin. The system incorporates eight sensitivity levels to match a rider?s ability and expertise. The Diavel has an electronic Riding Mode selector located as part of the left hand switchgear. There are three modes: Sport for the full 162 horsepower, ultimate performance level; Touring, which also delivers 162 hp, but with a smoother, more user-friendly power delivery; and finally, an Urban mode which reduces the horsepower output to 100, with a higher DTC intervention level 5 – better suited to stop/start traffic scenarios.

Despite its initial menacing appearance, the?2012 Ducati Diavel is actually quite manageable with its compact measurements: the wheelbase is 62.6 inches, the overall length is 87.6 inches, curb weight is 463 pounds (dry), fuel capacity is 4.5 gallons and the seat height is 30.3 inches. 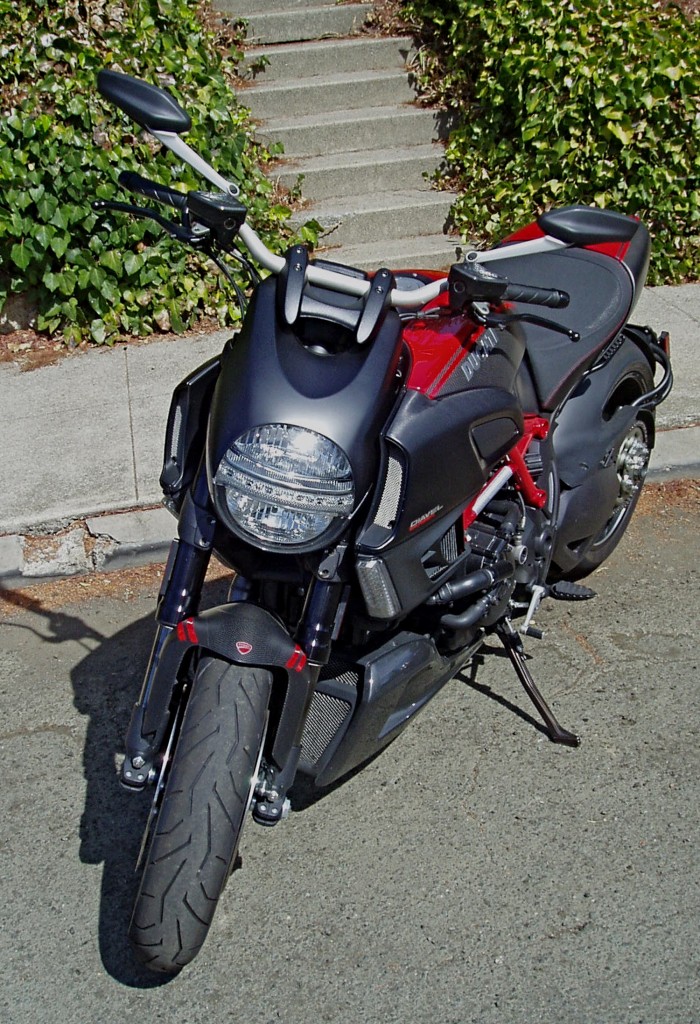 SUMMARY:? The Ducati Diavel Carbon Red is a phenomenal bike in virtually every sense. I?m normally partial to cruisers, but the Diavel is so much fun to ride, so well balanced, and so comfortable, that it is a bike that I could easily see myself owning. It is loaded with advanced technology. Features like the electronic selectable riding modes, hands-free ignition, ride-by-wire throttle, split-level TFT instrumentation, DTC and Bosch/Brembo ABS braking. 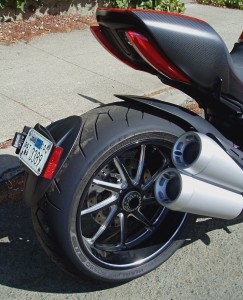 Most bikes with a 240-rear tire are a chore to maneuver, particularly at low speed – not so with the Diavel. The handlebars are in an easy to reach position, and the deep-set rider?s seat is placed ideally, with the foot controls located?beneath the rider rather than far forward or extremely aft, allowing for a no stress, upright riding posture. LED lighting provides proper illumination with a unique, unmistakable appearance. Clever, fold-out pegs are provided for the occasional passenger, and the tank provides well-sculpted knee panels for a comfortable fit.

A major contribution to the Diavel?s appeal, in addition to its amazing performance, is the design execution. The air box covering the fuel tank and the massive side air intakes that flank the forward section of the tank add to the bike?s sinister, ?take no prisoners? persona. Even the ?floating? rear fender (make that fenderette) delivers an impressive styling statement.

In the final analysis, the Ducati Diavel Carbon Red is as good to ride as it is to look at – forget any intimidation factor; the bike is truly a delightful mechanical marvel. 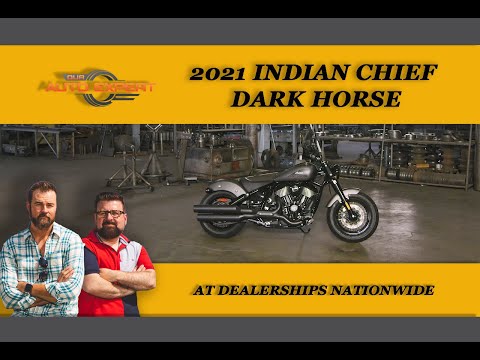