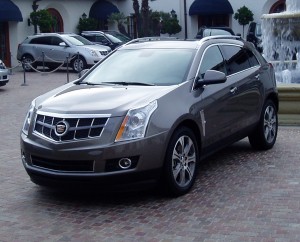 Headlining the list of significant updates for the new 2012 Cadillac SRX , 5-passenger, 5-door SUV is what will now be the sole engine offering in the U.S. marketplace. The new engine ? code-named ?LFX? delivers 16 percent more horsepower while also providing more low-rpm torque. This latest engine replaces the former two choices offered on our shores ? a 3.0-liter naturally aspirated V6 and a 2.8-liter turbocharged V6 that provided 265 and 300 horses respectively. It is a 3.6-liter, DOHC, 24-valve VVT V6 with direct high pressure fuel injection that cranks out 308 horsepower at 6,800 rpm while generating 265 pound feet of torque at 2,400 rpm. The new 3.6-liter engine will meter power to either the front wheels or to all four via a 6T70 Hydra-Matic six-speed transverse, electronically controlled, automatic with overdrive, which provides a driver-selectable Eco feature that alters the shift points and throttle progression, helping to optimize fuel economy. The engine is mounted up front in an East/West orientation and offers E-85 Flex-fuel capability. 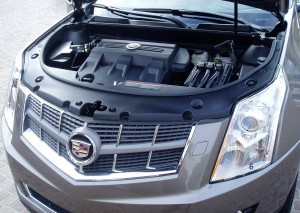 In terms of its appearance, this latest iteration SRX comes with no major or wholesale visual changes, but rather focuses on efficiency and refined performance with a host of feature and content enhancements such as: standard Bluetooth phone connectivity on all models, with on-screen caller identification; OnStar Turn-by-Turn automated directions are now loaded to the vehicle; improved voice recognition for phone activation, navigation and radio station changes; a heated steering wheel on the Luxury, Performance and Premium Collections; door lock switches on the driver and passenger door panels as well as the center console; cruise control buttons on the steering wheel; memory seat set ? allowing the occupant to set the seating position simply by pressing ?set? and the number simultaneously; backlighting for map lights in the overhead console; a new machined-face finish on the optional 20-inch wheels, which are standard on Performance and Premium Collections; a new available all-ebony interior trim; and one new exterior color available this fall: Xenon Blue Metallic.

Other SRX updates that render it quieter and more refined ? including new sound-absorbing material strategically located throughout the vehicle. The Base and Sport suspension systems have been revised as well to improve the ride quality. Features that will return for 2012 include: a moveable, reconfigurable and removable cargo fence along with a large under-floor storage space in the rear; a liftgate that may be programmed to stop at different heights; and the UltraView sunroof that covers 70 percent of the vehicle roof.

The 2012 Cadillac SRX will be available in four levels of trim Collections: Base; Performance; Premium; and Luxury. There are also four types of suspension available depending upon trim level and drive configuration (FWD or AWD). The AWD system transfers torque front-to-rear as well as laterally on the rear axle for improved traction and control on slippery surfaces, along with more responsive handling on dry pavement. The AWD system is expected to account for a 30 percent take rate. 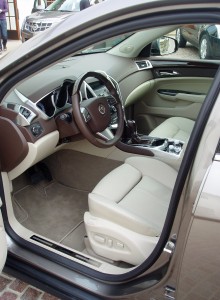 My primary test Cadillac SRX was FWD pre-volume production model in Luxury trim. The base price amounted to $40,590 while options and delivery charges elevated the final total to $42,685. The exterior sported a Mocha Steel metallic finish, while the interior was done in a two-tone Mocha and Ivory treatment.

SUMMARY: The 2012 styling still reflects a dramatic and bold look that appears to be timeless and that still delivers a ?Fun-to-Drive? quality, which has been measurably enhanced and improved, making it even more responsive and fun. 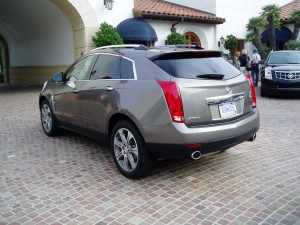 The added horsepower is a definite plus and the handling characteristics seem to be even better as well. The ride quality will vary depending upon the drive configuration and trim collection package that is chosen, but all levels deliver a planted, and comfortable experience. The SRX?s four-wheel independent suspension system coupled with the standard rack-and-pinion hydraulic steering system that provides variable-effort, speed-sensitive steering? with tuning biased for sport sedan-style driving delivers a strong on-center feel. StabiliTrak electronic stability control is standard and works well with the standard four-wheel-disc/four-channel-ABS braking system. 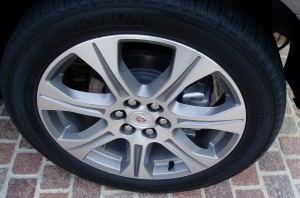 Cadillac is truly grounded in the battle for dominance in the luxury market class, with the midsize SRX 5-door, 5-passenger CUV being only one of several strong players in a stablefull of attractive and capable sport performance vehicles, which includes the impressive CTS lineup with no less than four significant models ? CTS and CTS-V sedan, CTS Sport wagon the CTS Coupe, which is closely

resembles the gorgeous concept showcar. And?If bigger is better for you, there?s always the Escalade offerings, which includes a hybrid model. In the meantime, the new SRX which is built in Ramos Arizpe, Mexico, is one fine luxury utility vehicle. 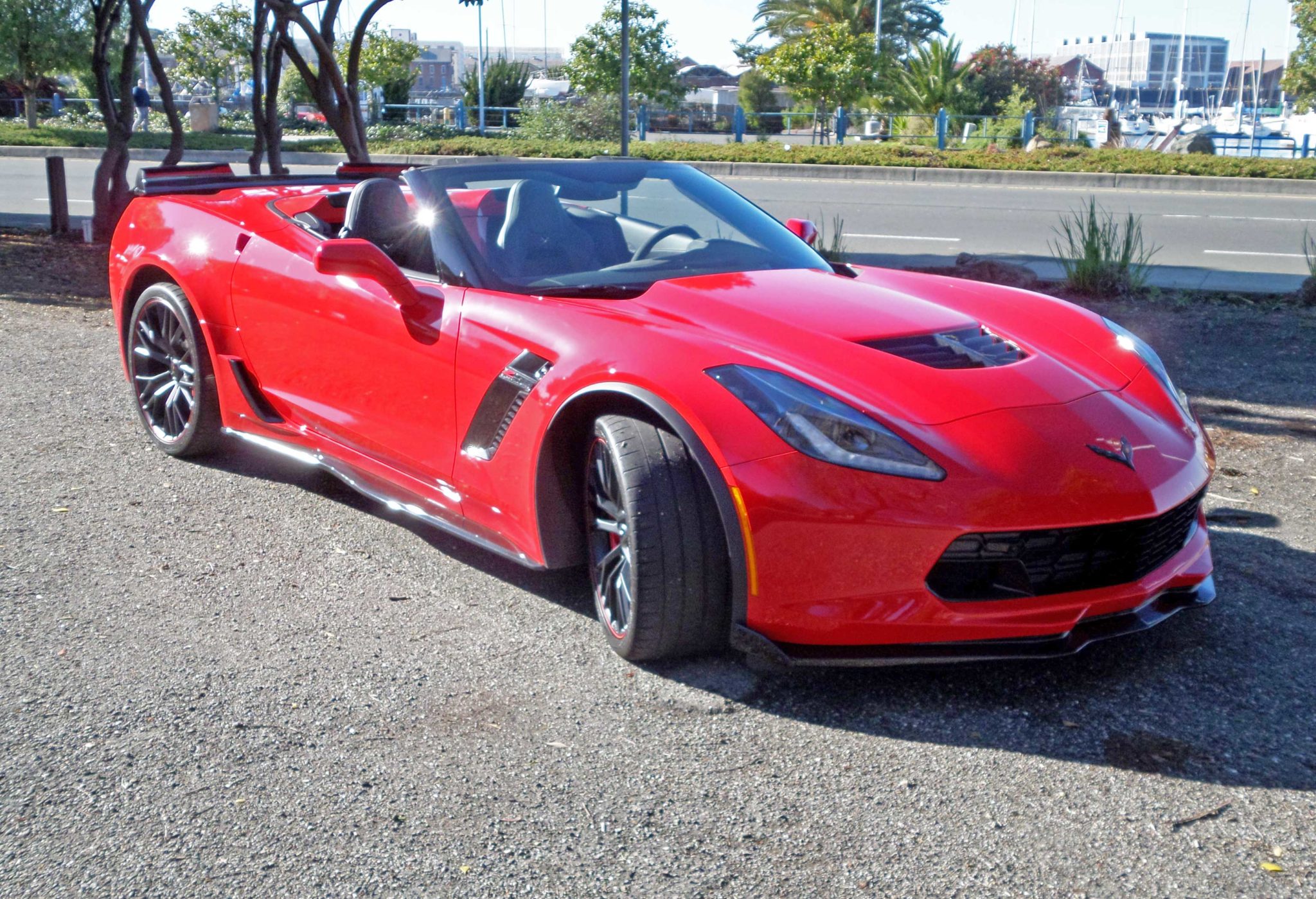 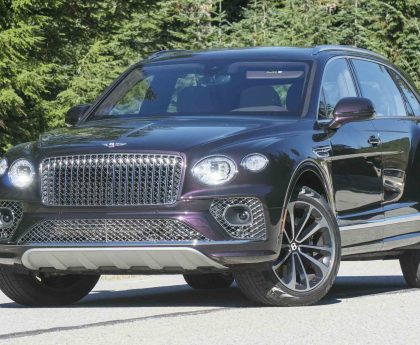