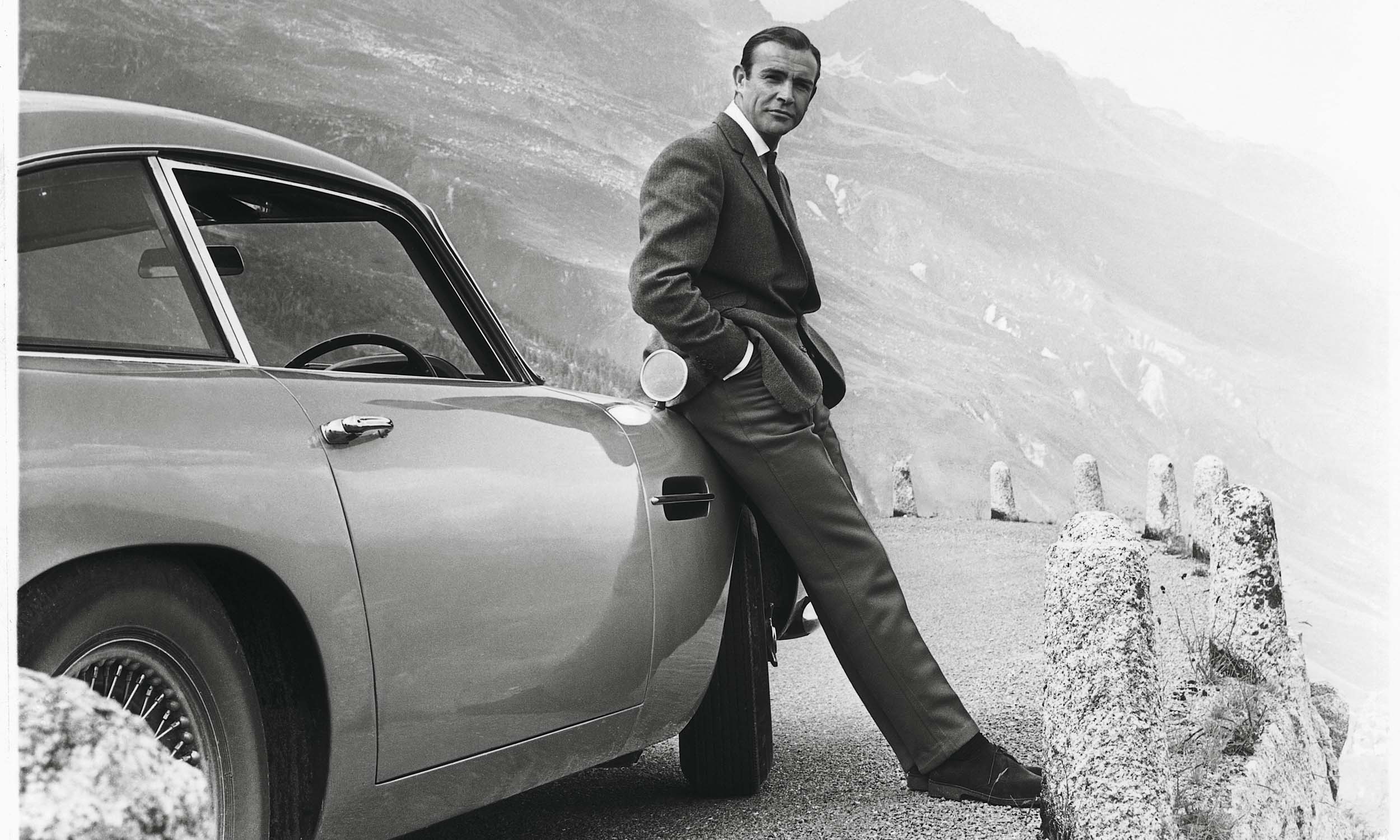 Bond Car Returns
If you’re a fan of James Bond films, you know the cars that British super-spy 007 drives are often the centerpieces of the best scenes in the movies. The most famous James Bond car is undoubtedly the legendary Aston Martin DB5, first driven by Sean Connery in the 1964 movie “Goldfinger.” In the film, 007 pilots a silver DB5 reconfigured by Q, the mechanical genius of MI-6 R&D, with a plethora of cool gadgets including rotating license plates, machine guns, a bulletproof shield and a now-famous ejector seat. 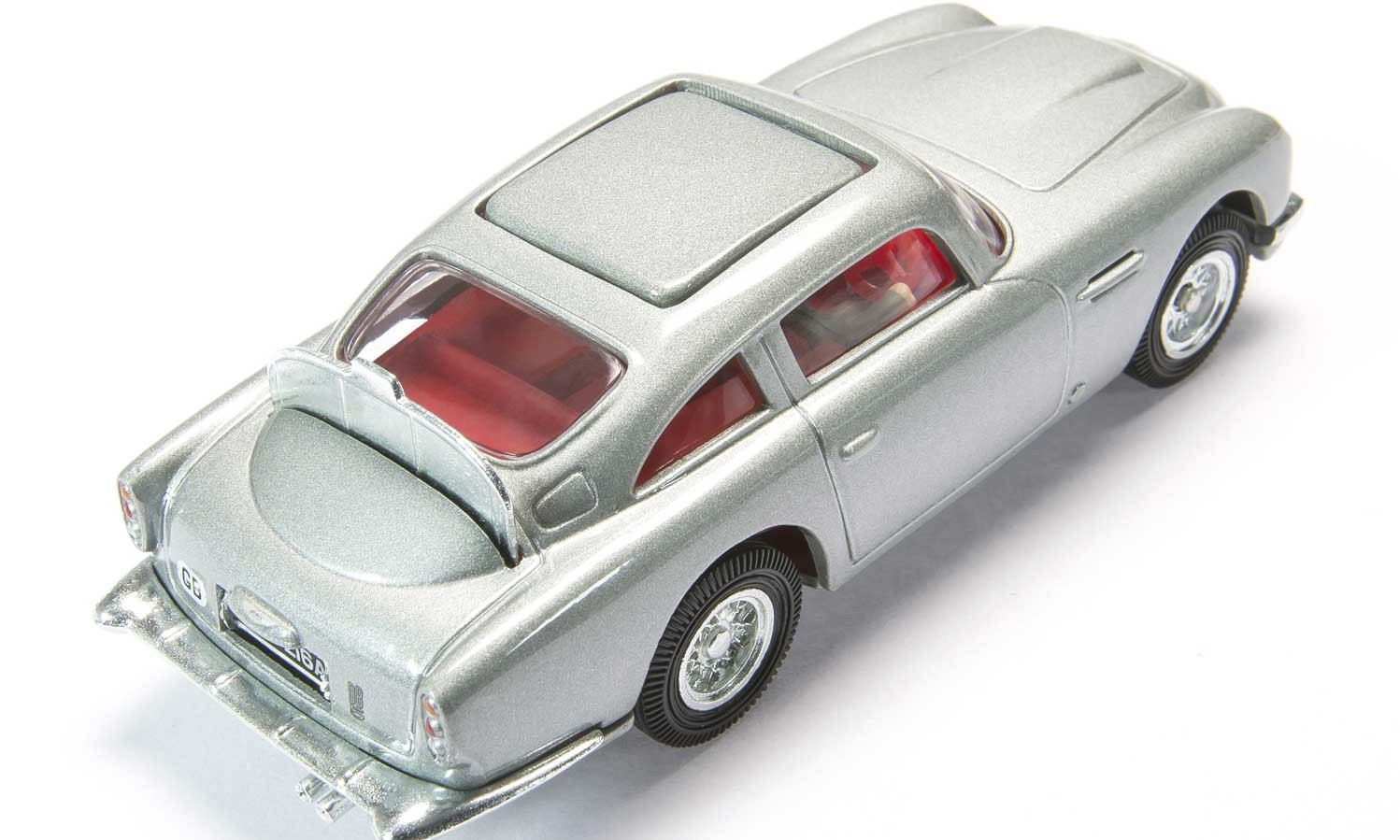 Die-Cast Model
The Aston Martin DB5 Bond car became so famous after “Goldfinger” that British toymaker Corgi created a die-cast model replete with many of these special spy features. In its first year on the market, 2.5 million toy DB5s were sold. Since then the DB5 has been featured in six additional Bond movies, most recently 2015’s “Spectre” starring Daniel Craig. 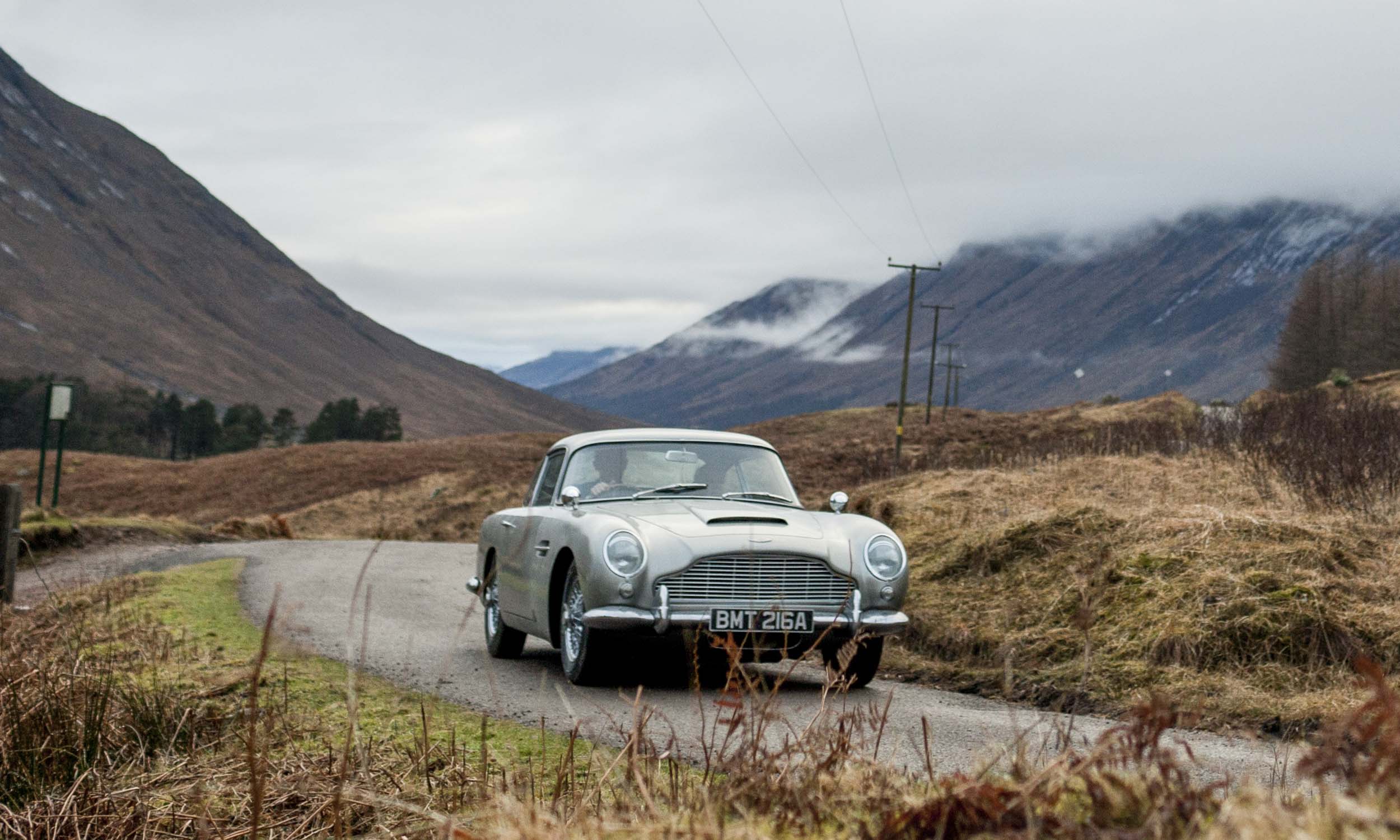 DB5 Continuation Project
Now a few fortunate Bond fans will be able to obtain something a bit larger than the 1:43-scale die-cast model of Agent 007’s Aston Martin DB5. Last summer Aston Martin revealed its Goldfinger DB5 Continuation Project, with plans to build a limited number of DB5 Goldfinger 1:1 scale cars. This special life-size toy DB5 will include functioning gadgets co-developed with Oscar-winner Chris Corbould, special effects supervisor from the James Bond films. Officially sanctioned by Aston Martin and EON Productions, all the Goldfinger edition cars will be produced in Silver Birch paint — like the original. 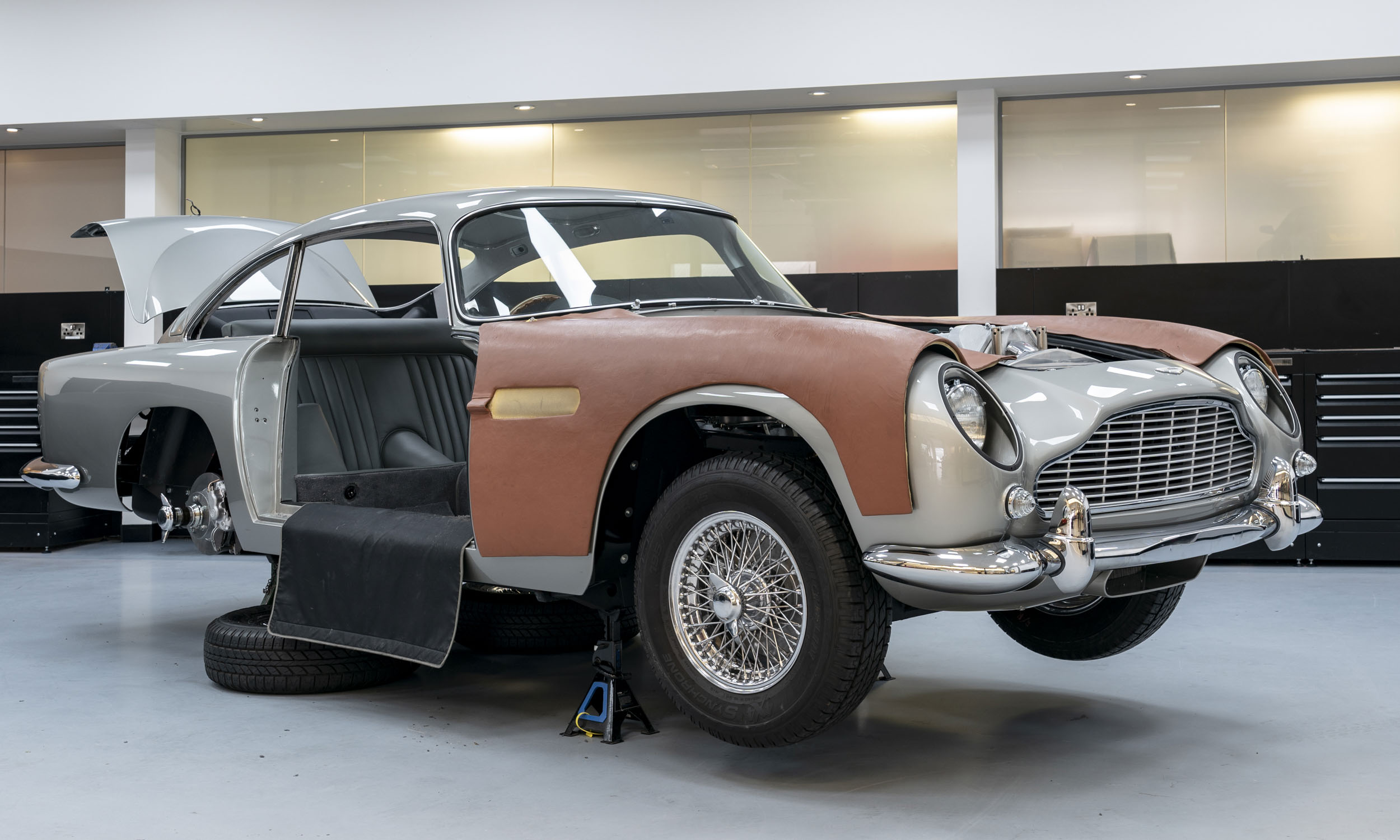 Limited Edition
Only 25 lucky customers will have the opportunity to purchase one of these special Astons at a price of £2.75 million (approximately US$3.5 million). Appropriately, the DB5 Continuation Project vehicles will be built at Aston Martin Works in Newport Pagnell, Buckinghamshire — the same facility where all 898 original DB5 sports cars were manufactured between 1963 and 1965. 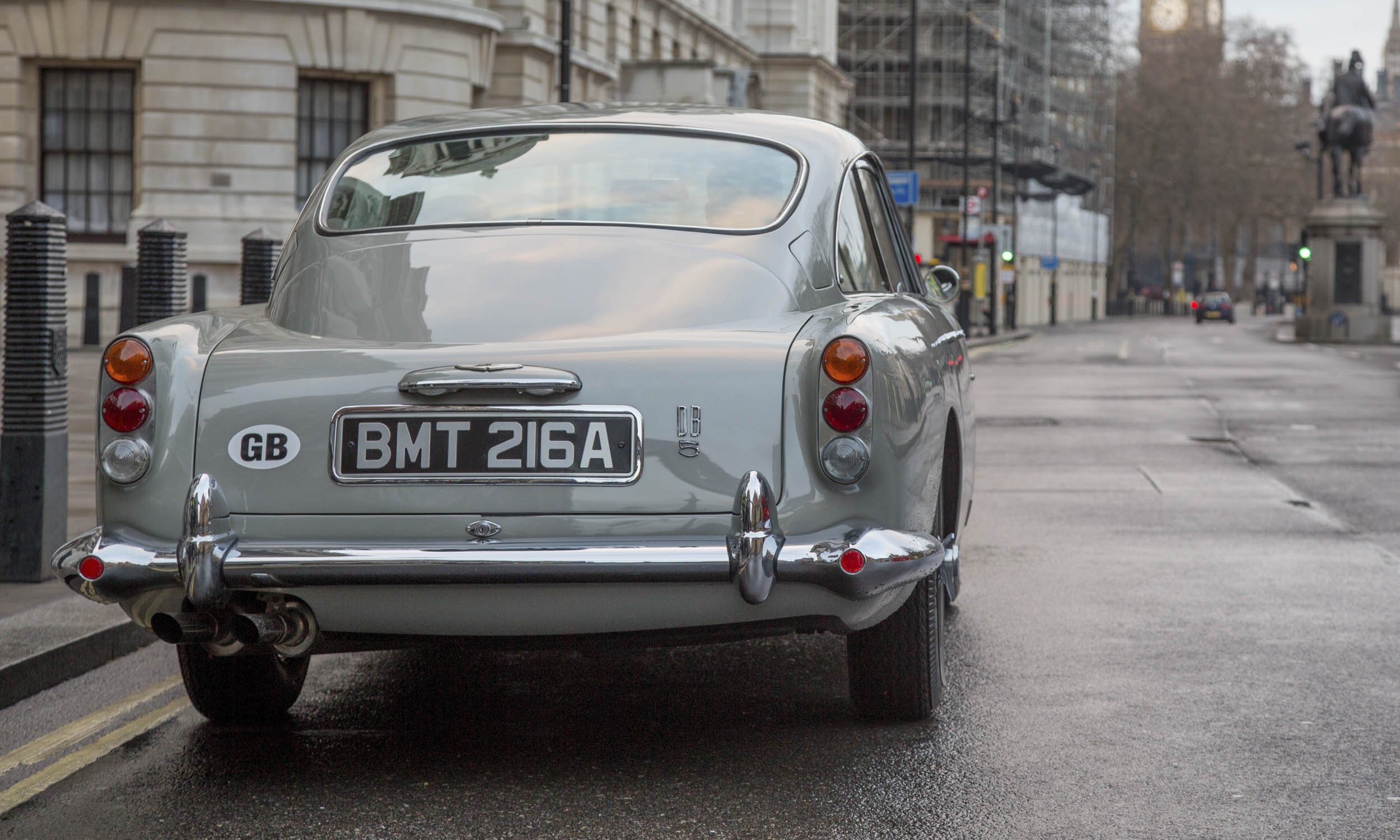 Unique Offering
Paul Spires, managing director at Aston Martin Works, said of the Goldfinger DB5 continuation editions: “As work progresses on these remarkable cars, it’s both exciting and a little sobering to think that we are truly making history here. Creating 25 Goldfinger DB5 continuations and working with EON Productions and special effects supervisor, Chris Corbould, is something truly unique and a real career highlight for everyone involved here at Aston Martin Works.” 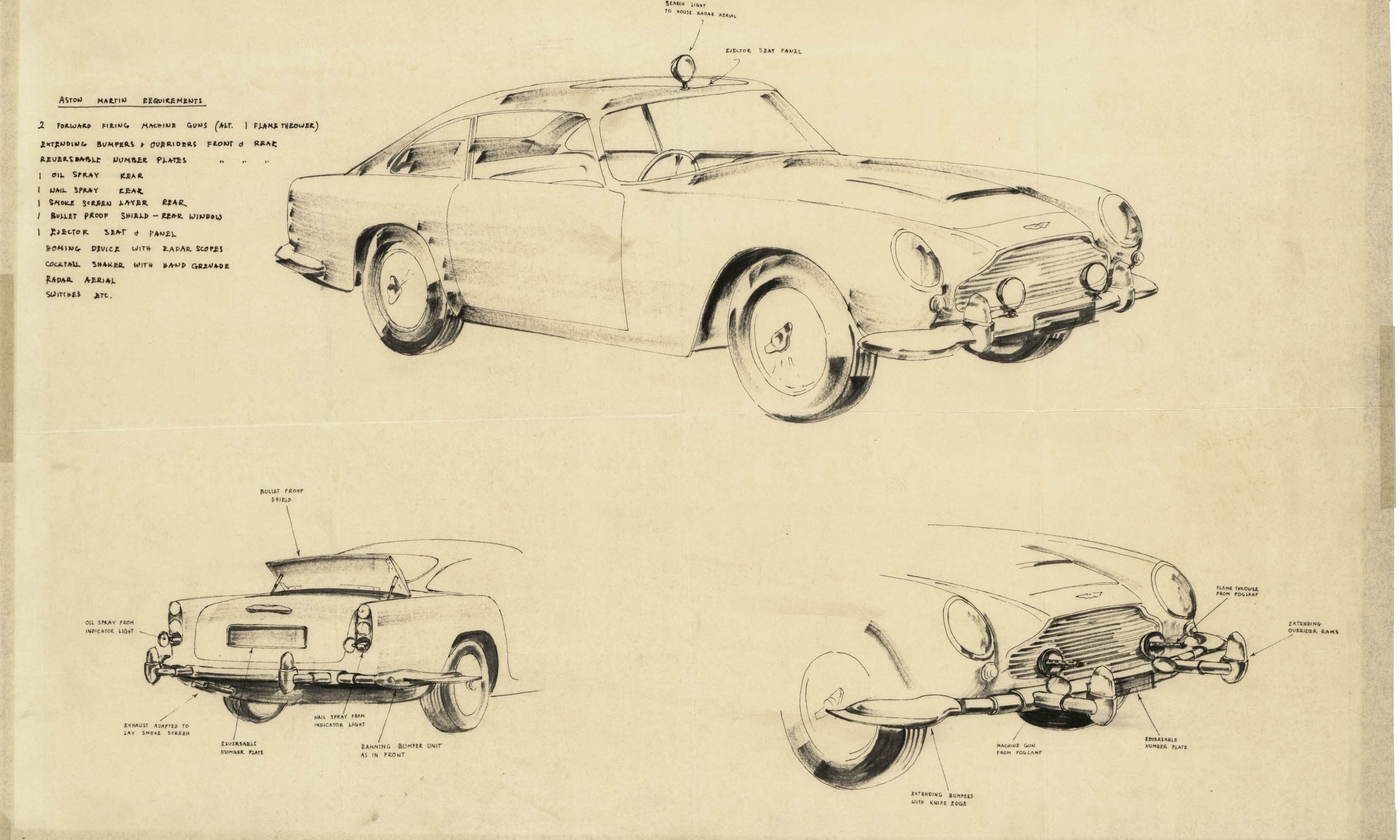 Real-Life Spy Car
Creating a real vehicle with all the operational gadgetry of a proper James Bond car is not a simple task. Corbould explained, “The main challenge has been to recreate the gadgets from the film world and transfer them into a consumer product. We have license in the film world to ‘cheat’ different aspects under controlled conditions. For instance, we might have four different cars to accommodate four different gadgets. We obviously don’t have that luxury on these DB5’s as all the gadgets have to work in the same car all the time.” 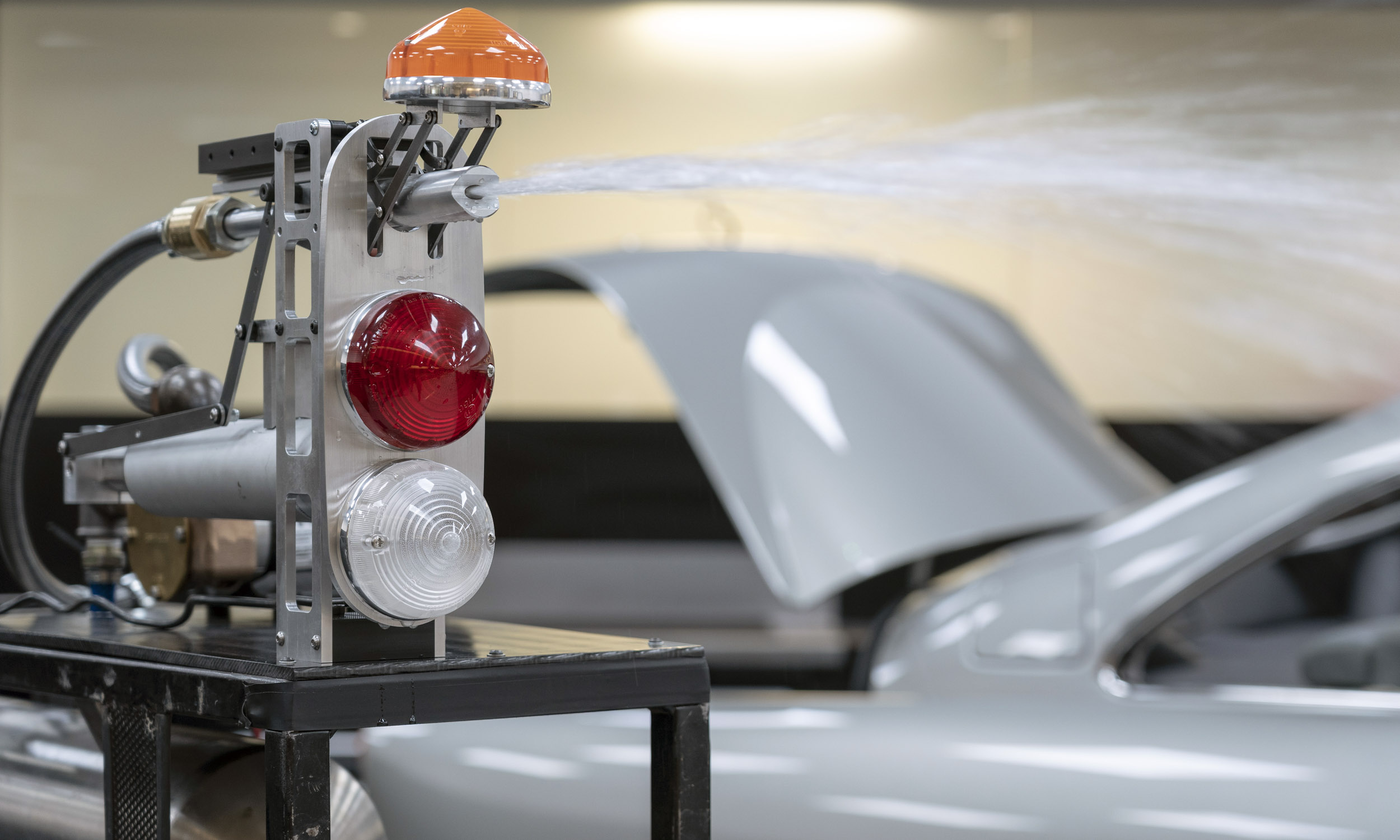 Gadgets
While there is no plan for an ejector seat, this new DB5 will still have the gadgets for the world class spy. The current plan is to have a rear smoke delivery system, simulated oil slick delivery system, revolving front and rear number plates, simulated twin front machine guns, a bullet-resistant rear shield and front and rear battering rams. Inside there’s a telephone in the driver’s door, a gear-shift-mounted actuator button, a simulated radar-screen tracking map, armrest and center-console-mounted switchgear and an under-seat hidden weapons storage tray. 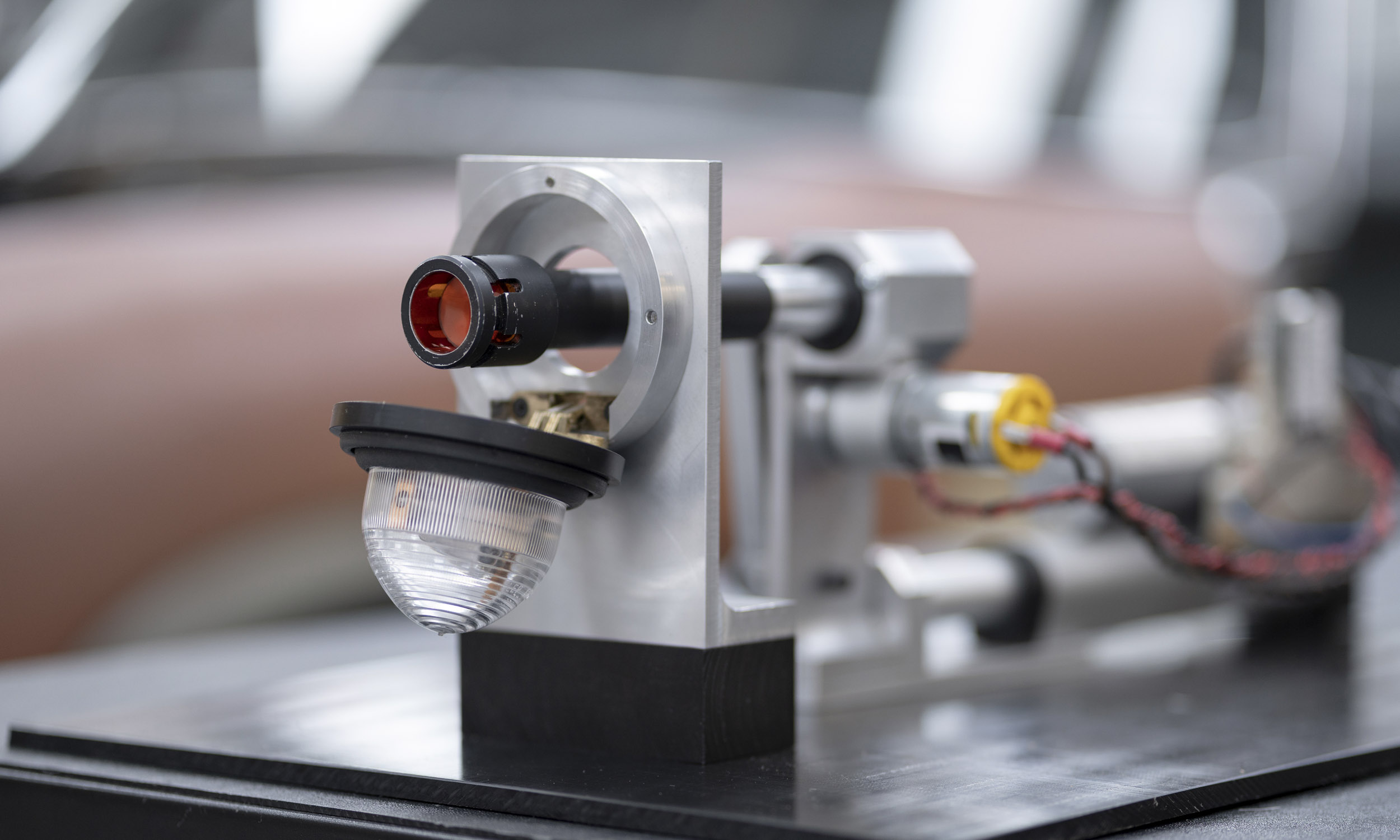 Guns Blazing
One of the more complicated features to emulate are the guns up front. In the movies, they used flammable gas mixtures combined with an ignition system that produced a flame and sound effect. This might be an issue for a consumer, as would having real guns shooting out the front. Corbould and his team came up with a new system designed to safely achieve a realistic effect using lights and a machine gun-like motion. 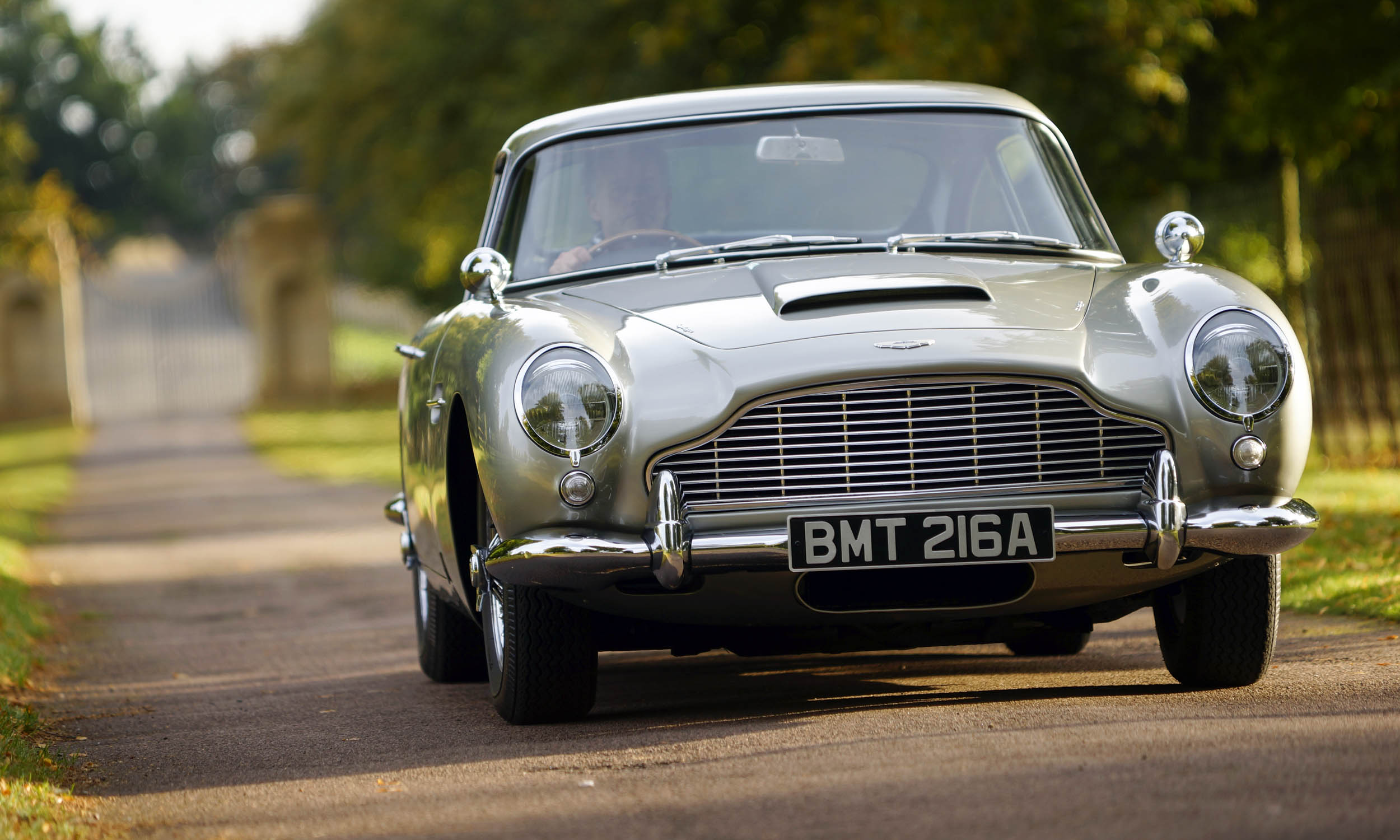 The Aston Martin DB5
Built from 1963 through 1965, the original Aston Martin DB5 features a 4.0-liter inline 6-cylinder engine with three SU carburetors producing 282 horsepower and 280 lb-ft of torque. The original car sprints to 60 mph in about 7 seconds and boasts a top speed of 148 mph — clearly a fitting vehicle for James Bond to drive. As for the DB5 Continuation car in development, nothing has been released about the engine powering the 1:1 scale model, but it is worth noting that this Goldfinger DB5 will not be street legal. Aston Martin expects deliveries to begin next year. 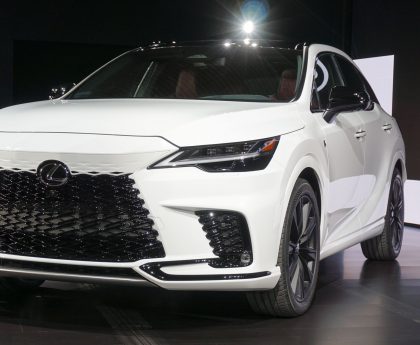 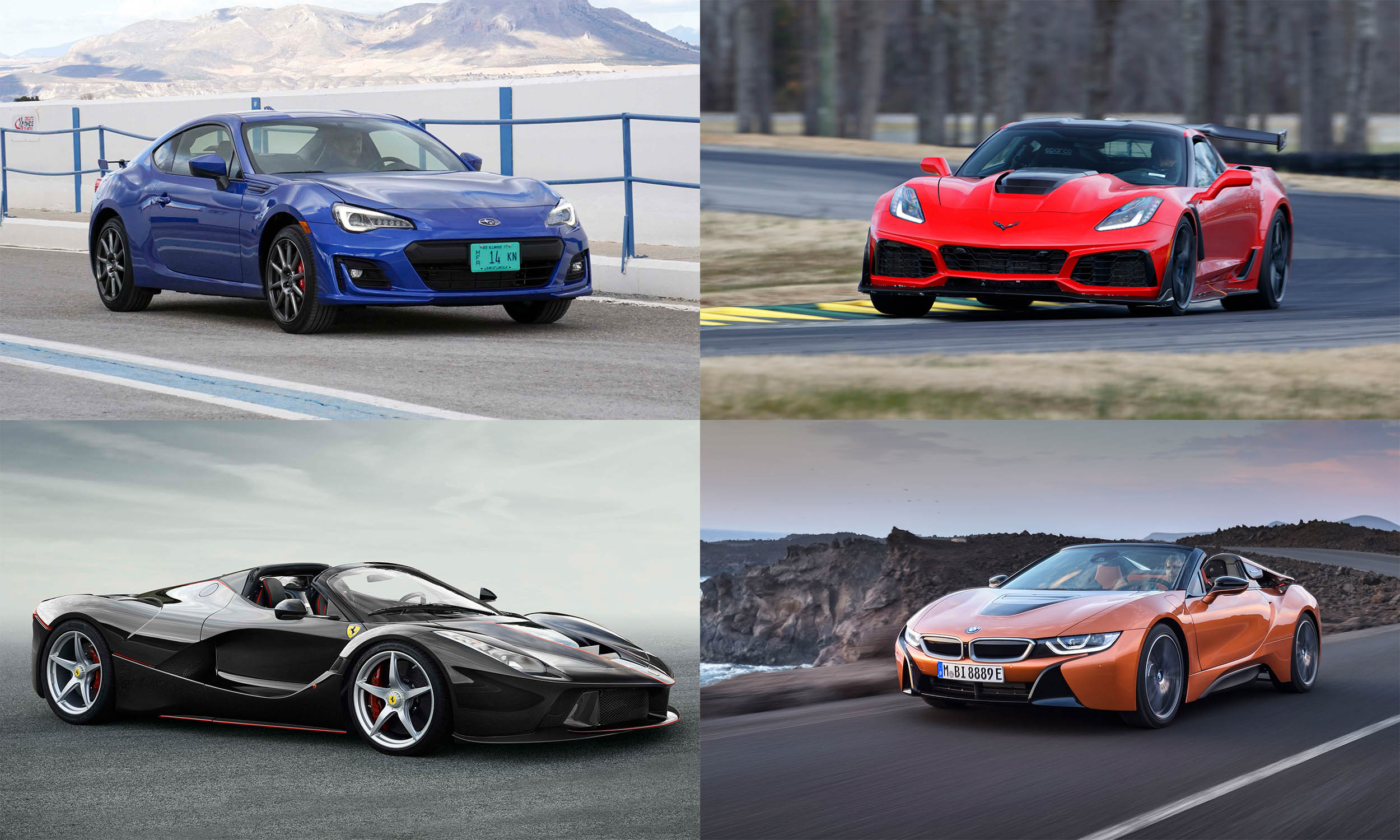